Accessibility links
Iraq's Power Struggle: What You Need To Know : The Two-Way Iraq's Nouri al-Maliki is refusing to give up his position as prime minister, as the U.S. congratulates Shiite politician Haider al-Abadi.

Iraq's Power Struggle: What You Need To Know

Iraq's Power Struggle: What You Need To Know 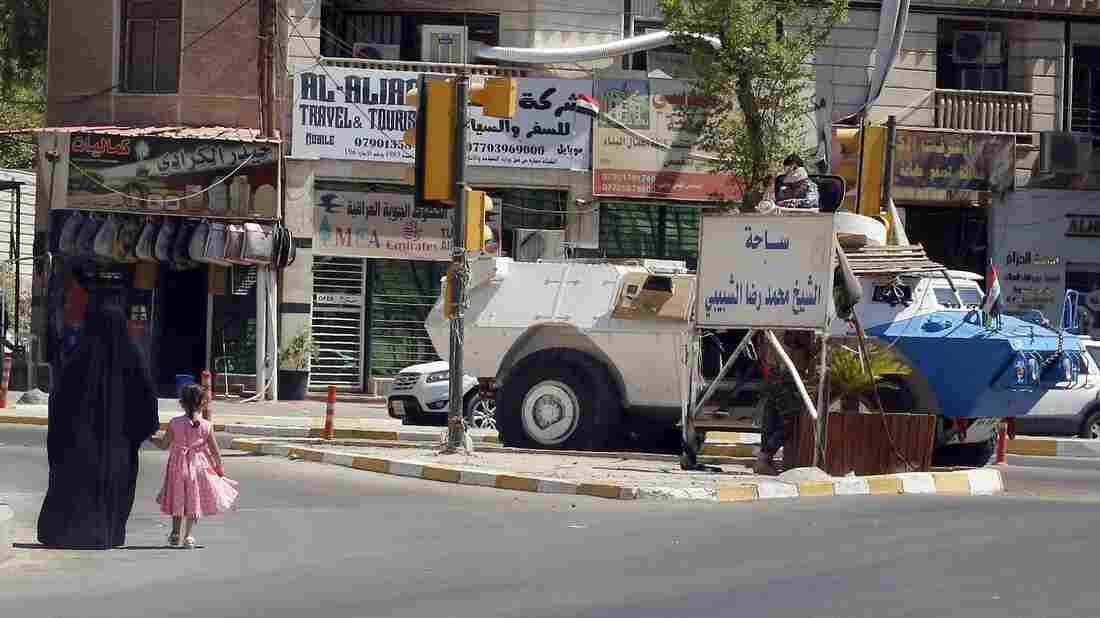 An Iraqi woman and child walk toward an Iraqi security armored personnel carrier on a Baghdad street, a sign of the political showdown between incumbent Prime Minister Nouri al-Maliki and those calling for his tenure to end. Sabah Arar/AFP/Getty Images hide caption 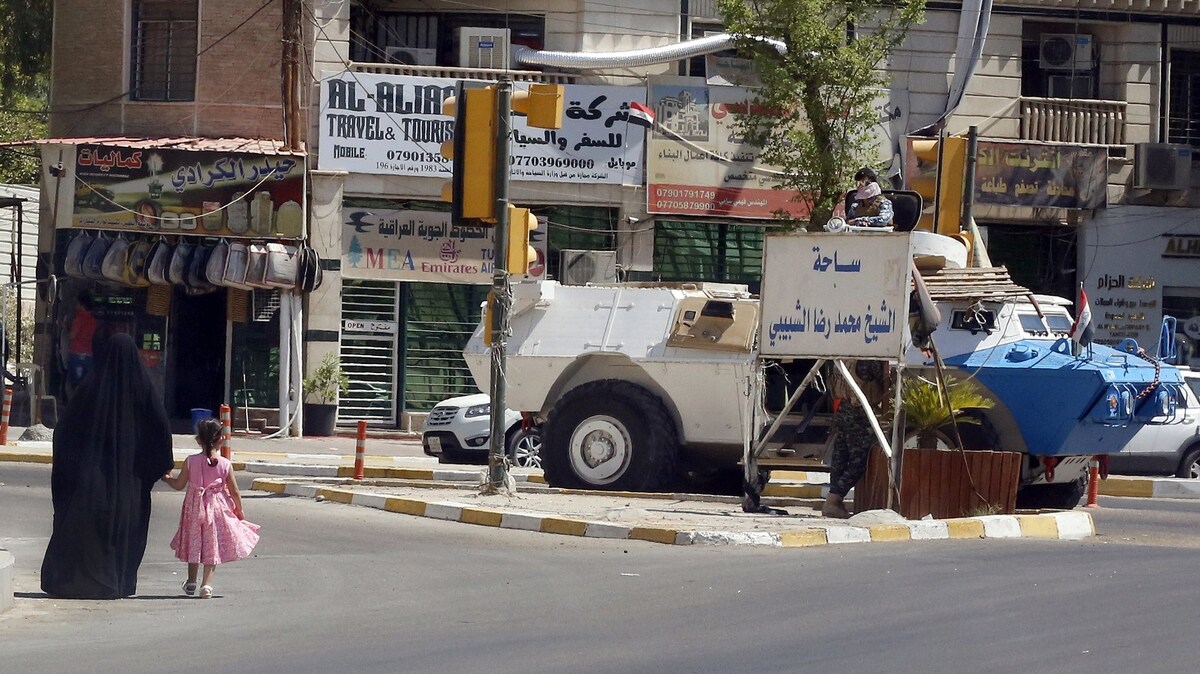 An Iraqi woman and child walk toward an Iraqi security armored personnel carrier on a Baghdad street, a sign of the political showdown between incumbent Prime Minister Nouri al-Maliki and those calling for his tenure to end.

"Preserving the unity of Iraq is one of the challenges that we face," Abadi said Tuesday, according to Iraqi News, which says the prime minister-designate called for "the Iraqis to unite and the media outlets to unite their statements in fighting terrorism and reject sectarianism."

The U.S. has put its support behind Abadi, with President Obama saying last night that Iraq had taken a "promising step forward" with the nomination.

"The only lasting solution is for Iraqis to come together and form an inclusive government," Obama said.

Maliki also spoke out last night, saying the move to elevate Abadi and other recent steps are "violations of the constitution."

As the political drama plays out in Baghdad, Iraqi and Kurdish forces are still struggling to fight advances by the Islamic State, the Sunni extremist group.

Here's more of what you need to know about Iraq today:

U.S. airstrikes are hitting Islamic State militants — a drone attack destroyed a mortar position Tuesday that had been "firing on Kurdish forces defending internally displaced Yazidi civilians who were attempting to evacuate," the U.S. says (updated at 10:55 a.m. ET).

The Obama administration has now begun supplying arms directly to Kurdish forces, a senior U.S. official has confirmed. NPR's Tom Bowman reports that the State Department's point man for Iraq, Brett McGurk, says the U.S. expects to supply even more weapons, as the Kurdish peshmerga fighters are asking for mortars and artillery.

Yazidis who have managed to escape the Islamic State's siege of Mount Sinjar are telling harrowing stories to Reuters, describing a desperate flight from fighters and rough conditions on the mountain.

"When we went up the mountain, snipers were firing at us. The girls were throwing themselves off the top of the mountain," former school worker Khalaf Hajji says. "We have lost all our faith in Iraq. They have hundreds of our women."

U.N. spokesman Kieran Dwyer tells the BBC that the situation is dire for the refugees, who are trapped in several locations. Speaking from Irbil, Dwyer says the large mountain where the people have taken refuge is about 60 miles long and 6 miles at its widest point:

"They are exposed and fearful of their lives from military attacks from these people, in addition to the terrible conditions on the mountain: very exposed, searing heat, 45 degrees Celsius-plus (113 degrees Fahrenheit), up there on the mountain — and surviving is extremely difficult."

Kurdish women have their own regiment in the peshmerga — and in at least four cities, they're fighting on the front lines against the Islamic State, reports Al-Monitor.

One fighter in the regiment, Chelan Shakhwan, says, "We are now on the battlefield, but I'm married and I have a daughter, whom I left with my parents to fight against extremists."