Accessibility links
The Perseid Meteor Shower Peaks Overnight : The Two-Way The best time to see the shower, which comes every August, is between 3 and 4 a.m. in your local time zone. 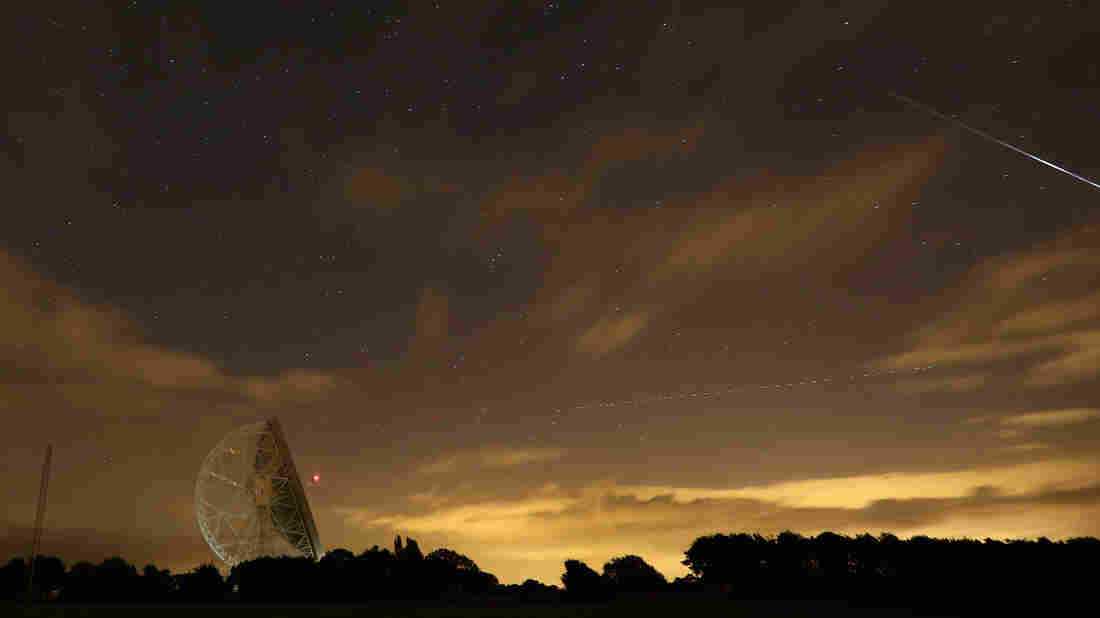 A Perseid meteor streaks across the sky over the Lovell Radio Telescope in Holmes Chapel, U.K., on Aug. 13, 2013. Christopher Furlong/Getty Images hide caption 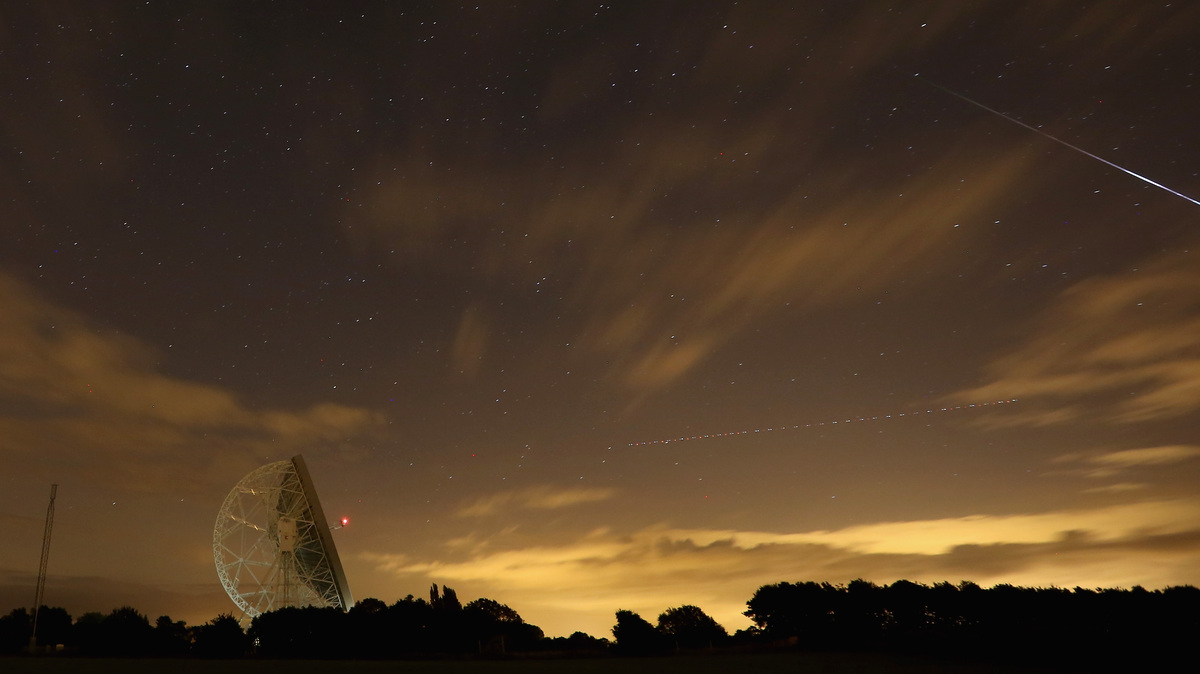 A Perseid meteor streaks across the sky over the Lovell Radio Telescope in Holmes Chapel, U.K., on Aug. 13, 2013.

The annual Perseid meteor shower will streak the sky Tuesday night and early Wednesday morning. The best time to watch is between 3 and 4 a.m., for all time zones across the world, NASA says.

"This year, light from a nearly full moon will make the meteors harder to see, but NASA says you can still expect around 30 to 40 per hour," reports NPR's Geoff Brumfiel.

"Just lie on your back, look straight up, give your eyes time to adjust to the dark; it takes longer than people think," Blaauw said. "And if you can, get away from city lights — it's not great to be in the middle of Chicago."

If you manage to stay awake, but would rather stay in bed, NASA will be posting a Ustream view of the skies over Marshall Space Flight Center at 9:30 p.m. ET. 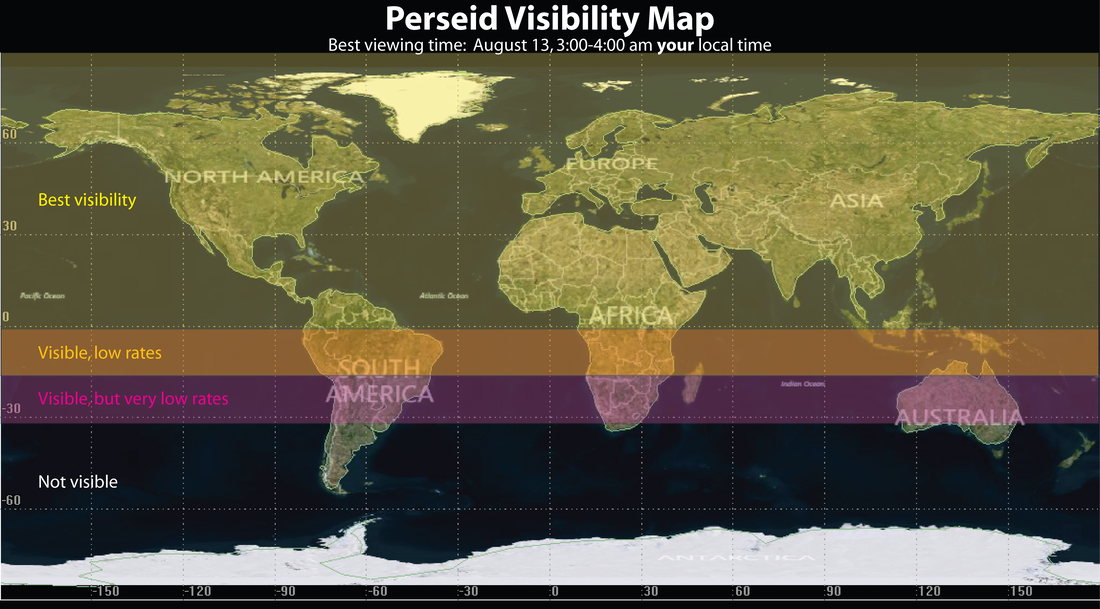 For those of you interested in brushing up on your meteor knowledge, here's some background from NASA:

"The Perseids have been observed for at least 2,000 years and are associated with the comet Swift-Tuttle, which orbits the sun once every 133 years. Each year in August, the Earth passes through a cloud of the comet's debris. These bits of ice and dust — most over 1,000 years old — burn up in the Earth's atmosphere to create one of the best meteor showers of the year."