Accessibility links
Russian Aid Convoy Resumes Move Toward Ukraine Border : The Two-Way The vehicles appear to be heading for a rebel-held crossing, sparking anger from Kiev, which has insisted that it inspect the cargo to ensure Moscow isn't trying to resupply the separatists. 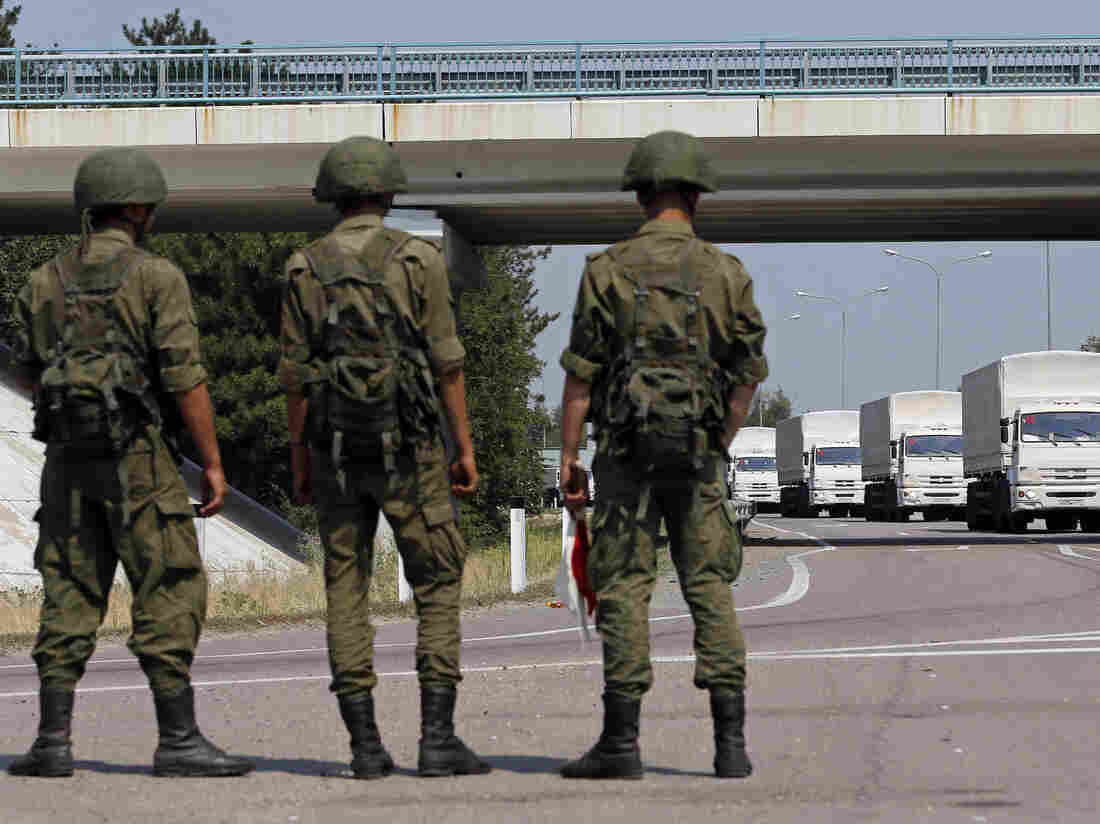 A Russian convoy of trucks carrying humanitarian aid for Ukraine drives along a road as Russian servicemen look on, near Kamensk-Shakhtinsky, Rostov region, on Thursday. Maxim Shemetov/Reuters/Landov hide caption 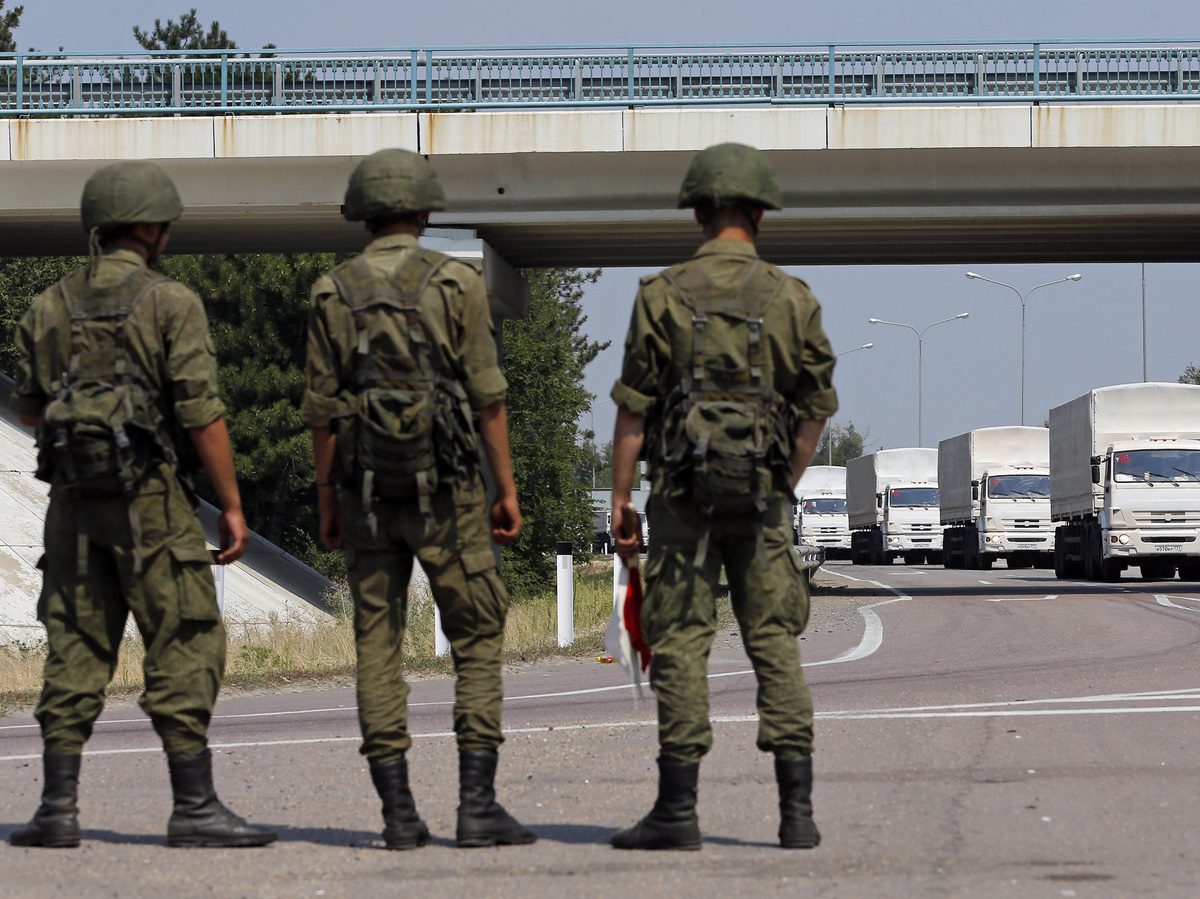 A Russian convoy of trucks carrying humanitarian aid for Ukraine drives along a road as Russian servicemen look on, near Kamensk-Shakhtinsky, Rostov region, on Thursday.

A Russian aid convoy has resumed movement toward a rebel-held border crossing in eastern Ukraine in defiance of Kiev, as government forces pound pro-Moscow separatists in the city of Donetsk.

Ukraine, which fears the trucks could be aimed at resupplying the rebels, has threatened to block the shipment. The Associated Press describes the situation as a "diplomatic game of chicken" between Moscow and Kiev.

The New York Times reports that more than 200 commercial and army trucks are moving at about 50 mph toward the border. The vehicles, with white tarpaulins, "set out before daybreak (Thursday) from a military base in the city of Voronezh, where the convoy had halted for more than a day after protests from Kiev," the Times says.

"Its progress coincided with what seemed like conciliatory remarks on Thursday by President Vladimir V. Putin in a speech to federal lawmakers in Yalta, Crimea. 'We will do everything we can to help secure an end to this conflict as soon as possible, so that there will be no more bloodshed in Ukraine,' Mr. Putin was quoted by the Interfax news agency as saying."

Even so, during his visit to Crimea, the Black Sea peninsula that Moscow annexed earlier this year, Putin on Thursday announced a "Russian military task force" for the region, which had been controlled by Kiev.

Karoun Demirjian, reporting for NPR from Moscow, says the convoy is forcing the issue as Moscow, Kiev and the Red Cross are still negotiating just how Russian vehicles will be allowed into Ukraine.

"Ukraine has agreed to let shipments of humanitarian aid from Russia and Europe into Luhansk, where government troops and pro-Russian separatists are engaged in heavy fighting," Karoun says. "But Ukraine is insisting on inspecting all shipments at the border, and that the Red Cross have full control over their distribution. Ukrainian officials fear Russia might use the convoys to disguise a military invasion."

Russia has also dismissed as absurd the claims that the convoy is a covert attempt to resupply the rebels.

Meanwhile, in Donetsk, "Initial reports say people poured out of offices in the centre of the city after an evacuation warning sounded," the BBC says.