Accessibility links
Texas Gov. Rick Perry Indicted On Abuse-Of-Power Charges : The Two-Way An ethics complaint was opened last year after the governor vetoed funding for state public corruption prosecutors. Perry had said he would carry out the veto unless a district attorney resigned. 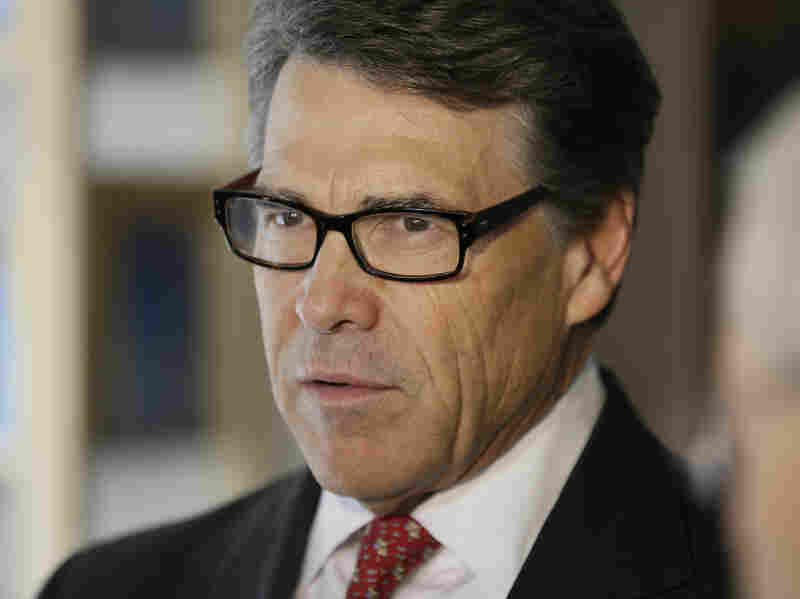 Texas Gov. Rick Perry has been indicted on charges that he abused the powers of his office to illegally try to coerce the district attorney in Austin. Charlie Neibergall/AP hide caption 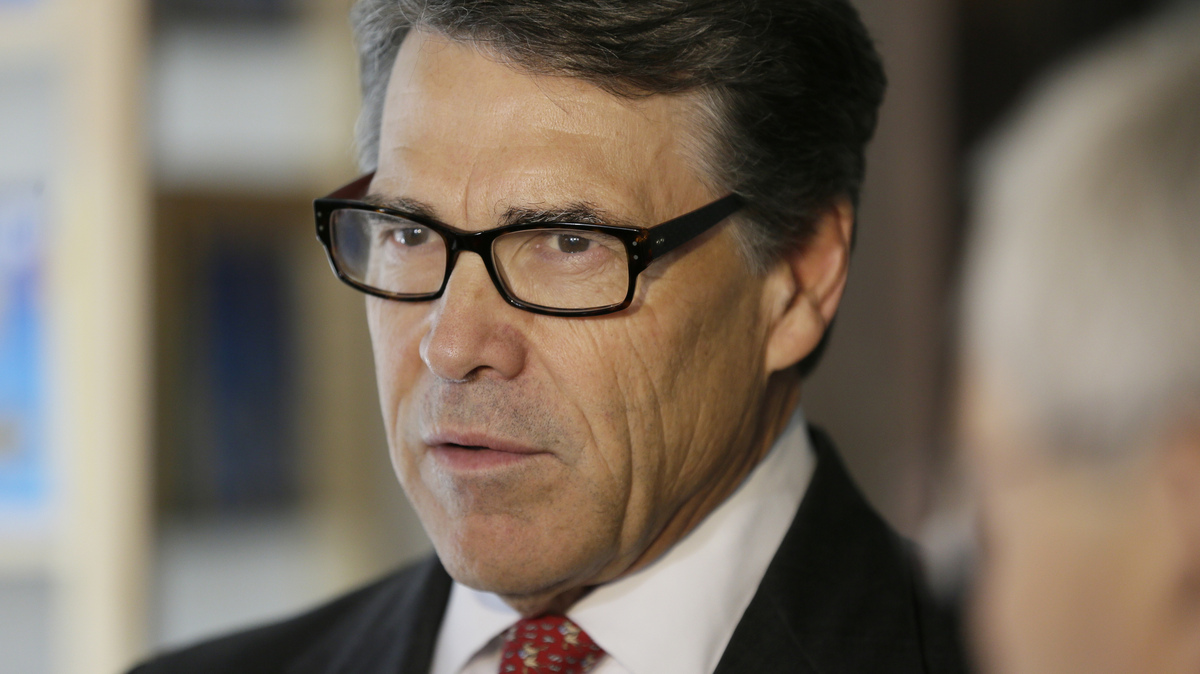 Texas Gov. Rick Perry has been indicted on charges that he abused the powers of his office to illegally try to coerce the district attorney in Austin.

Texas Gov. Rick Perry has been indicted by an Austin grand jury in connection with a veto of funding for state public corruption prosecutors.

An ethics complaint was filed last summer. The Associated Press has this background on the case:

"The Republican governor is accused of abusing his official powers by publicly promising to veto $7.5 million for the state public integrity unit at the Travis County District Attorney's office. He was indicted by an Austin grand jury Friday.

"Perry said he'd veto the funding if the district attorney, Rosemary Lehmberg, didn't resign. Lehmberg had recently been convicted of drunken driving. The state's Public Integrity Unit operates out of her office.

"When Lehmberg refused, Perry carried out his veto, drawing an ethics complaint."

NPR's Wade Goodwyn reports that Lehmberg's office was investigating one of Perry's favorite state projects at the time he was calling for her resignation.

"The governor would have been able to appoint the DA's successor had she stepped down," Goodwyn says.

The Texas Tribune notes that Perry does have the authority to veto budget items, but that "his critics said that this was done expressly for political purposes and is a crime."

The general counsel for Perry issued a written statement, saying the governor acted "in accordance with the veto authority afforded to every governor under the Texas Constitution. We will continue to aggressively defend the governor's lawful and constitutional action, and believe we will ultimately prevail."