Accessibility links
U.S. Airstrikes In Iraq Pound Area Near Mosul Dam : The Two-Way The airstrikes come as at least 80 men from the religious minority were reportedly executed by militants for refusing to convert to Islam. 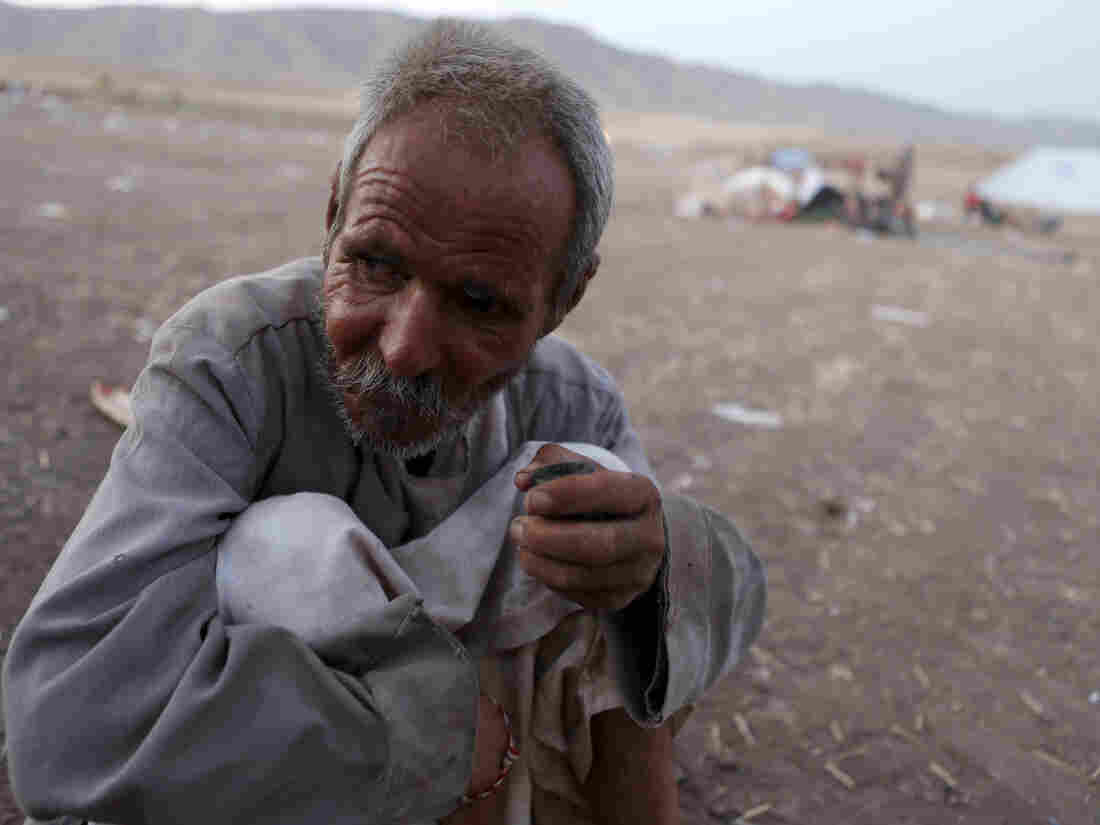 A man from the minority Yazidi sect, who fled the violence in the Iraqi town of Sinjar, sits on the ground at Bajed Kadal refugee camp southwest of Dohuk province on Friday. Youssef Boudlal/Reuters/Landov hide caption 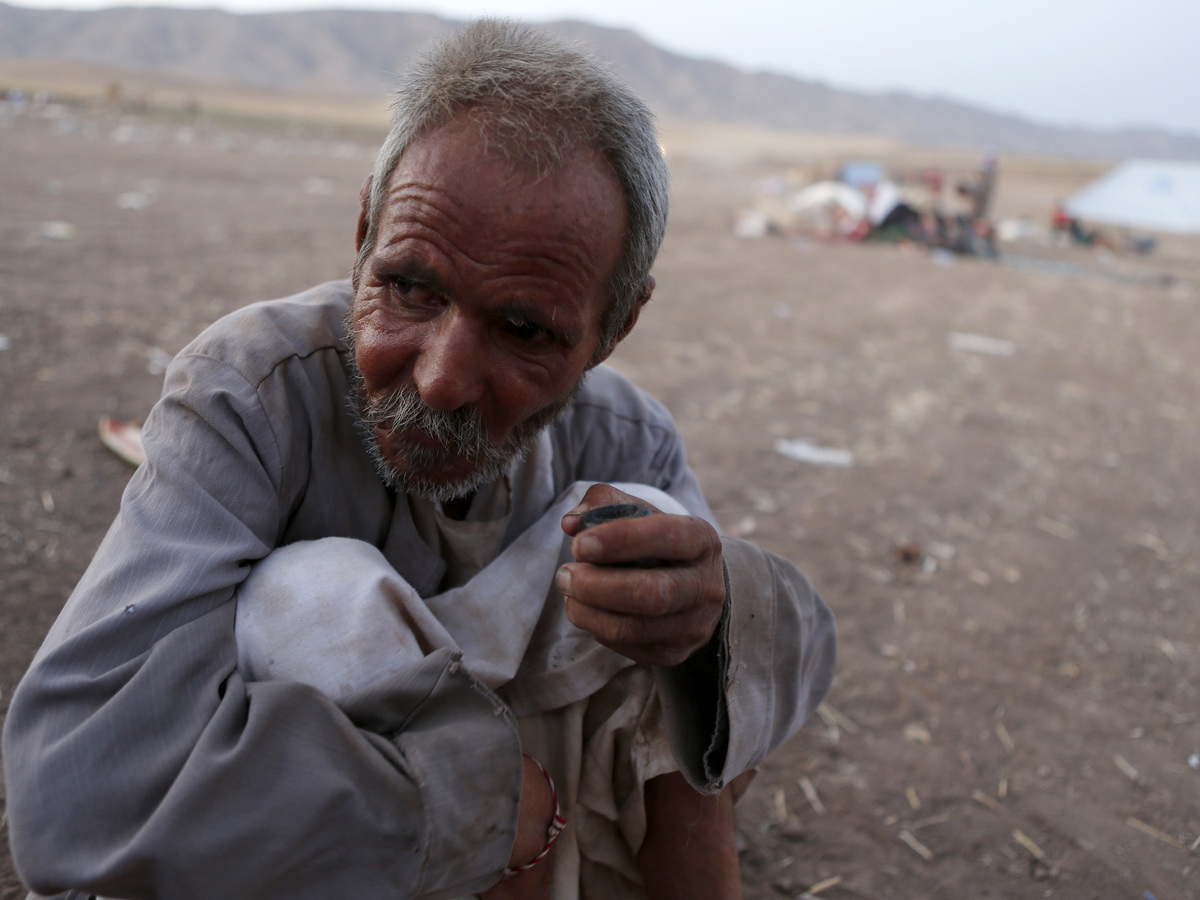 A man from the minority Yazidi sect, who fled the violence in the Iraqi town of Sinjar, sits on the ground at Bajed Kadal refugee camp southwest of Dohuk province on Friday.

U.S. F/A-18s and drones are conducting airstrikes around the Mosul Dam in northern Iraq, a senior U.S. official tells NPR.

The region has seen stepped up fighting in recent days between Kurdish peshmerga forces and Islamic State, or ISIS, militants.

Residents living near the Mosul Dam told The Associated Press that the area was being targeted in airstrikes.

Islamic State fighters seized the dam on the Tigris River on Aug. 7. The residents near the dam told AP that the airstrikes killed militants, but that could not immediately be confirmed.

Meanwhile, more details are emerging from the latest alleged massacre of minority Yazidis by Islamic State militants in northwestern Iraq.

As we first reported on Friday, Iraqi and Kurdish officials said at least 80 individuals from the religious community were killed. Last week, officials in Baghdad said hundreds of Yazidis had been executed in similar fashion.

NPR's Peter Kenyon reports from Dohuk that Yazidi villagers and activists say extremists demanded that residents of Kocho village, about 15 miles southwest of the town of Sinjar, convert to Islam or face execution. When they refused, the men were reportedly killed.

He said reports claim that the women of the village were rounded up and the men taken outdoors and executed. Peter says estimates of the number dead range from 80 to "much higher figures."

Senior Kurdish official Hoshiyar Zebari, a former Iraqi foreign minister, told Reuters that the militants "arrived in vehicles and they started their killing" Friday afternoon. "We believe it's because of their creed: convert or be killed," the official said.

"The villagers had received local assurances that they were safe," he was quoted by The Washington Post as saying. "Maybe they killed them in revenge for the setbacks they have suffered from the [U.S.] airstrikes."

Officials warned that the Yazidis, an ancient religious minority, remain in danger despite U.S. aid drops and airstrikes launched to protect them.

In a statement from U.S. Central Command, the Pentagon said it destroyed two armed vehicles in the area where the massacre was reported.