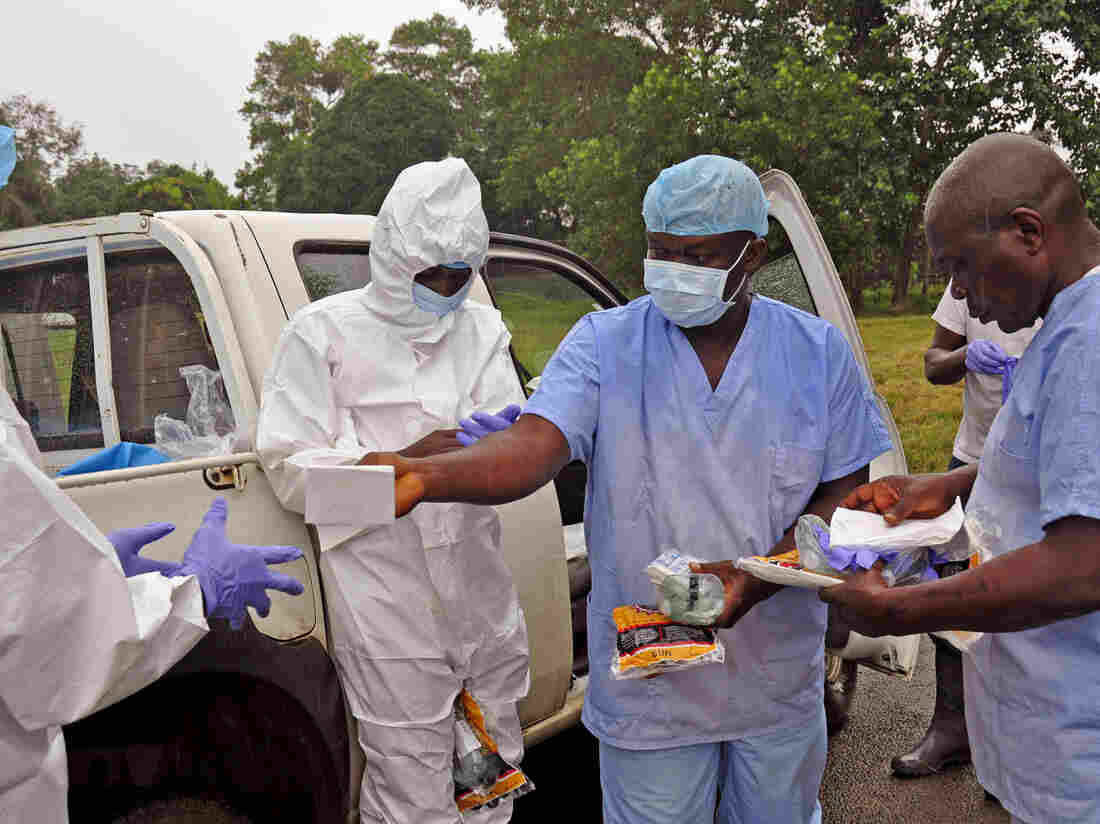 Health workers are handed personal protective gear before collecting the bodies of the deceased from streets in Monrovia, Liberia, on Saturday. Liberia is one of three West African countries hard-hit by the Ebola outbreak. Abbas Dulleh/AP hide caption 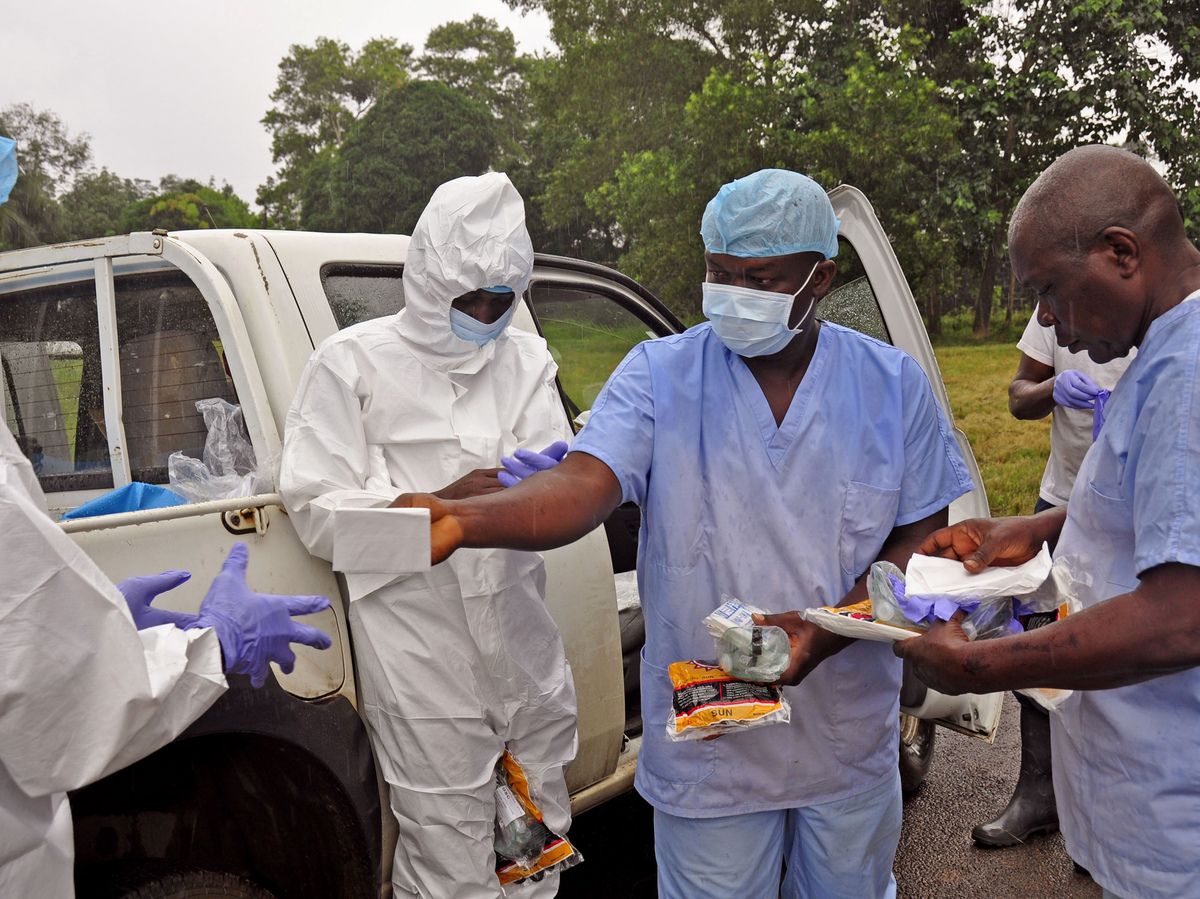 Health workers are handed personal protective gear before collecting the bodies of the deceased from streets in Monrovia, Liberia, on Saturday. Liberia is one of three West African countries hard-hit by the Ebola outbreak.

The Kenyan government has taken the step of closing its borders to travelers from West African countries affected by the growing Ebola outbreak.

The suspension applies to Kenyan ports of entry for people traveling from Sierra Leone, Guinea and Liberia, the country's Health Ministry says. It goes into effect Tuesday at midnight.

"This step is in line with the recognition of the extraordinary measures urgently required to contain the Ebola outbreak in West Africa," the Health Ministry said in a statement.

The BBC reports that after announcing the decision, Kenyan Health Minister James Macharia said it was "in the interest of public health" and warned Kenyans and health workers who had returned from the banned countries to undergo strict checks and quarantine if necessary.

The World Health Organization has said that because of Kenya's status as a major transport hub in Africa, the country is at "high risk" from Ebola. Earlier, Kenyan officials feared that four cases of Ebola had entered the country, but tests later proved negative. The U.N. agency said that as of Friday, 1,145 people had died from Ebola of 2,127 total known cases.

After the announcement, national carrier Kenyan Airways said it was halting flights to Liberia and Sierra Leone.

"But doctors representing the Kenya Medical Association had asked Kenya Airways to suspend flights to the four countries affected by Ebola 'until things stabilize.' "

"Nigeria became the fourth Ebola-affected country late last month after a Liberian-American man sick with the disease flew to Lagos on an ASKY flight and infected several people before he died.

"Officials in Cameroon, which borders Nigeria, announced Friday it would suspend all flights from all four Ebola-affected countries. Korean Air announced on Thursday it would temporarily halt its service to Kenya despite the fact there are no cases of Ebola in the country."

Meanwhile, in Liberia, protesters in the capital, Monrovia, attacked and looted a quarantine center, forcing at least 20 patients to leave the facility, the BBC says.

"The protesters were unhappy that patients were being brought in from other parts of the capital, the assistant health minister said."