Accessibility links
Forensic Experts Discuss 6 Bullets That Hit Michael Brown : The Two-Way Only one of the teenager's wounds was not survivable, pathologist Dr. Michael Baden says. The preliminary findings of his autopsy show the teenager was shot at least six times in Ferguson, Mo. 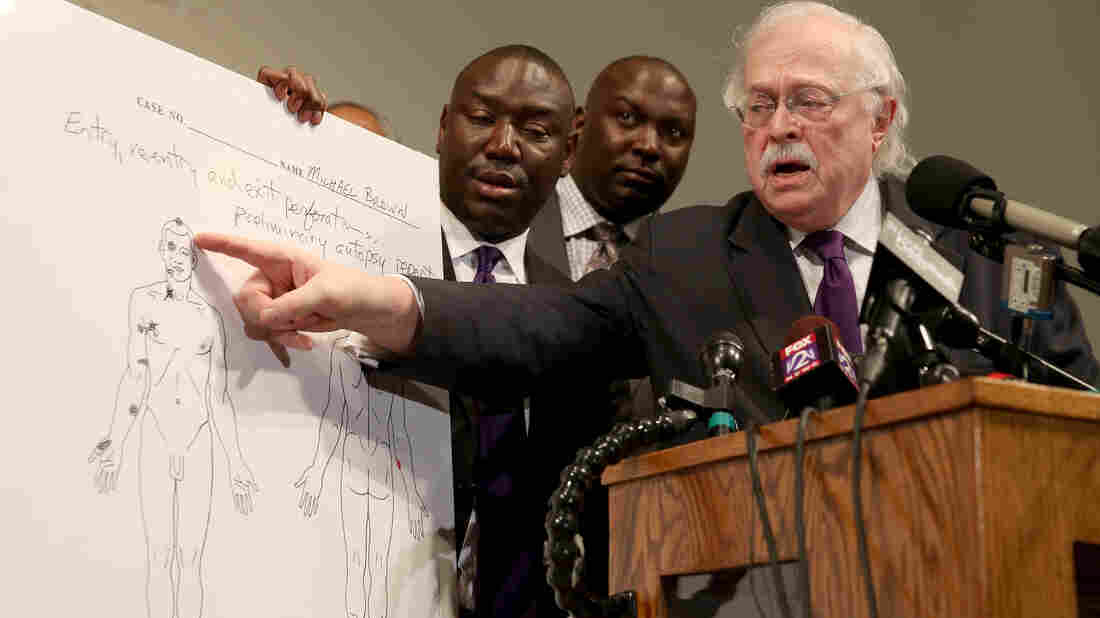 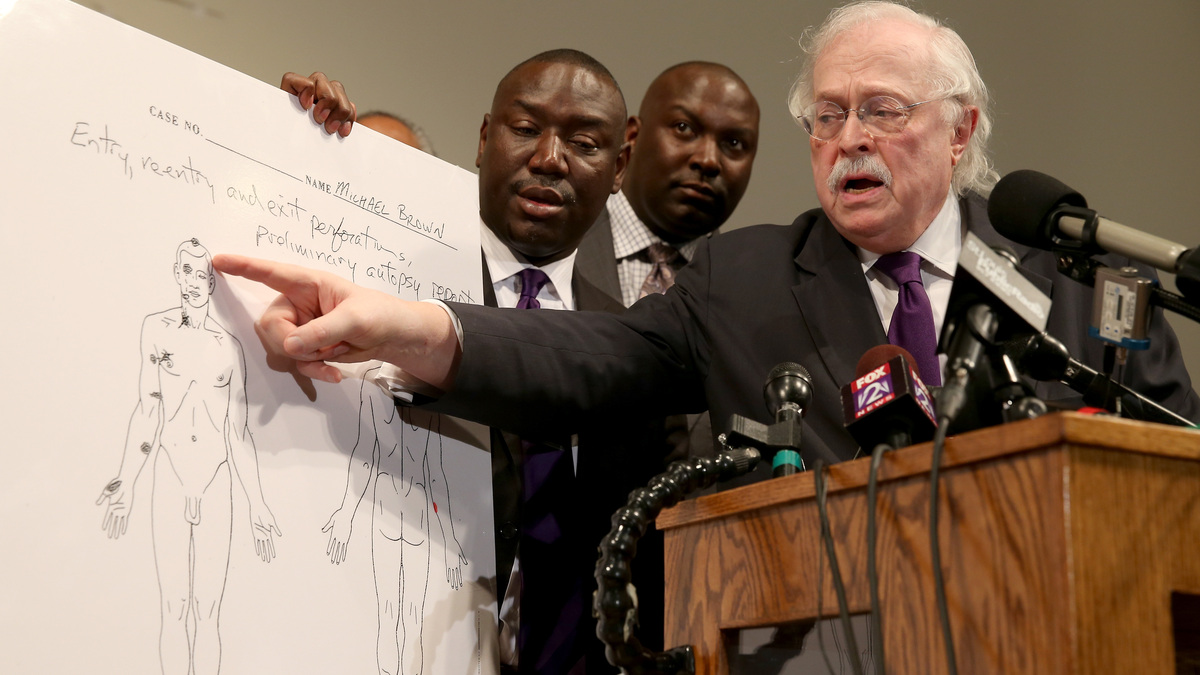 At least six bullets hit Michael Brown, 18, when he was shot to death by a Ferguson, Mo., police officer, according to a preliminary private autopsy report. Only one of those wounds — to the top of the teenager's head — was deemed not survivable by former New York City chief medical examiner Dr. Michael Baden.

Baden and another pathologist hired by Brown's family say they believe that the two bullets that struck Brown in the head "were most likely the last two" to hit him during a confrontation on a street last Saturday.

His preliminary report also found no gunshot residue on Brown's skin, Baden said — but he cautioned that he didn't have access to clothing the teenager had been wearing.

Discussing the reasons for conducting a private autopsy, Baden said it came out of the family's concerns over a lack of transparency from local authorities.

A diagram released along with an overview of the report indicates wounds along the right side of Brown's body, arms and neck, along with the two head wounds.

Baden was aided in his examination by Shawn Parcells, a forensic pathologist assistant who said they had determined at least two of Brown's wounds were likely re-entry wounds. And he said that while some of the wounds could be from the man taking a defensive position, such as raising his hands, others, such as one to the top of his head, show that Brown had likely leaned over forward.

The details were discussed at a news conference Monday morning held by the Brown family's legal team, including Benjamin Crump, who also represented the family of Florida shooting victim Trayvon Martin.

Crump said the preliminary report "verifies that the witness accounts were true: he was shot multiple times" in broad daylight.

Saying that some wounds show that bullets went "from a back to a front position," another attorney, Daryl Parks, said the findings prove that the teenager had been trying to run away from the scene. Parks said that as a result, "we believe the officer should have been arrested."

The police on Friday identified that officer as Darren Wilson, a six-year veteran of the force.

At Monday's news conference, the family's attorneys stressed that the most recent unrest in Ferguson — new violence Sunday prompted Missouri's Gov. Jay Nixon to deploy the National Guard — had erupted hours before the autopsy's initial findings were reported.

In addition to the private examination and an autopsy by a Missouri medical examiner, the Justice Department will carry out its own autopsy as part of its separate civil rights investigation, according to instructions issued by Attorney General Eric Holder on Sunday.