Accessibility links
Pope Says It's OK To 'Stop' Aggressors In Iraq To Protect Minorities : The Two-Way Pope Francis added "the means that can be used to stop them must be evaluated." The comments come as the U.S. conducts airstrikes against militants of the Islamic State who are targeting minorities. 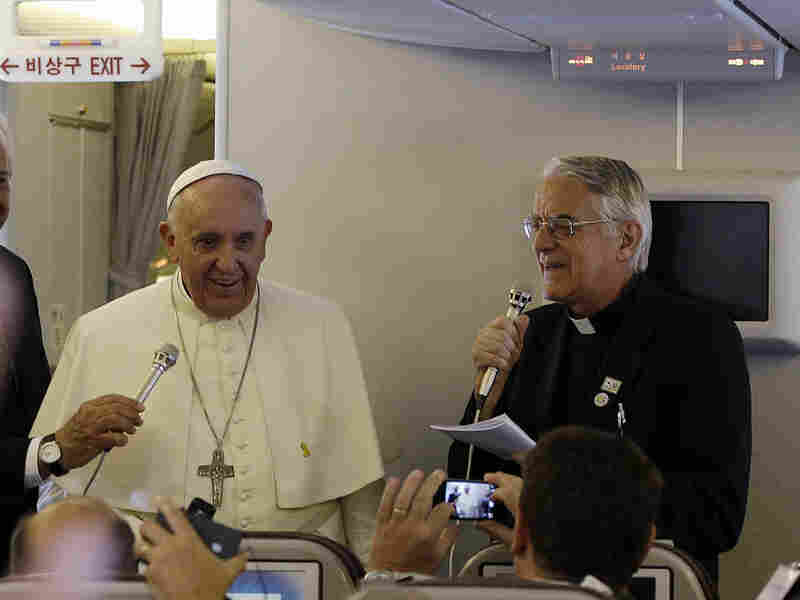 Pope Francis meets the media during an airborne news conference on his journey back to Rome from Seoul, South Korea, on Monday. Gregorio Borgia/AP hide caption 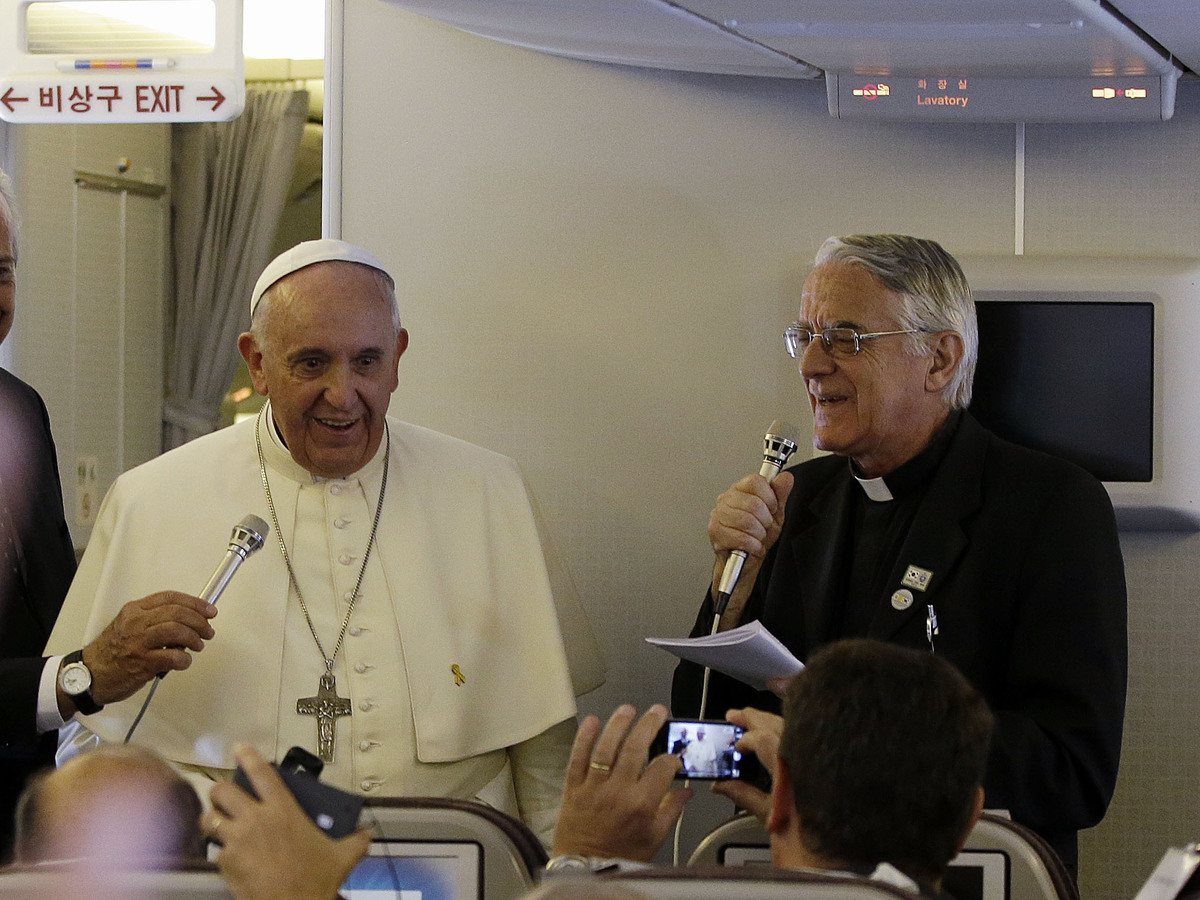 Pope Francis meets the media during an airborne news conference on his journey back to Rome from Seoul, South Korea, on Monday.

Pope Francis says the world must unite to stop the "unjust aggression" in Iraq where Sunni militants have targeted the country's minorities.

"In these cases, where there is an unjust aggression, I can only say that it is licit to stop the unjust aggressor," Francis said aboard the papal plane. "I underscore the verb 'stop.' I'm not saying 'bomb' or 'make war,' just 'stop.' And the means that can be used to stop them must be evaluated."

The comments were reported by The Associated Press and other news agencies, who were traveling with Francis from South Korea to the Vatican.

U.S. airstrikes have targeted militants of the Islamic State who have seized large parts of Iraq and unleashed a reign of terror on the country's minorities, including Yazidis and Christians, forcing some of them to convert and executing others. But Francis, in his comments Monday, also said that a single nation can't decide what to do in Iraq.

"One nation alone cannot judge how you stop this, how you stop an unjust aggressor," he said, according to the AP. "After World War II, the idea of the United Nations came about: It's there that you must discuss 'Is there an unjust aggression? It seems so. How should we stop it?' Just this. Nothing more."

The AP has more on why these comments are important:

"His comments were significant because the Vatican has vehemently opposed any military intervention in recent years, with St. John Paul II actively trying to head off the Iraq war and Francis himself staging a global prayer and fast for peace when the U.S. was threatening airstrikes on Syria last year.

"But the Vatican has been increasingly showing support for military intervention in Iraq, given that Christians are being directly targeted because of their faith and that Christian communities which have existed for 2,000 years have been emptied as a result of the extremists' onslaught."

But the Boston Globe noted that Francis emphasized that it's not only Christians who are affected by what's going on in Iraq.

"There are men and women, religious minorities, not just Christians, and they're all equal before God," Francis said.