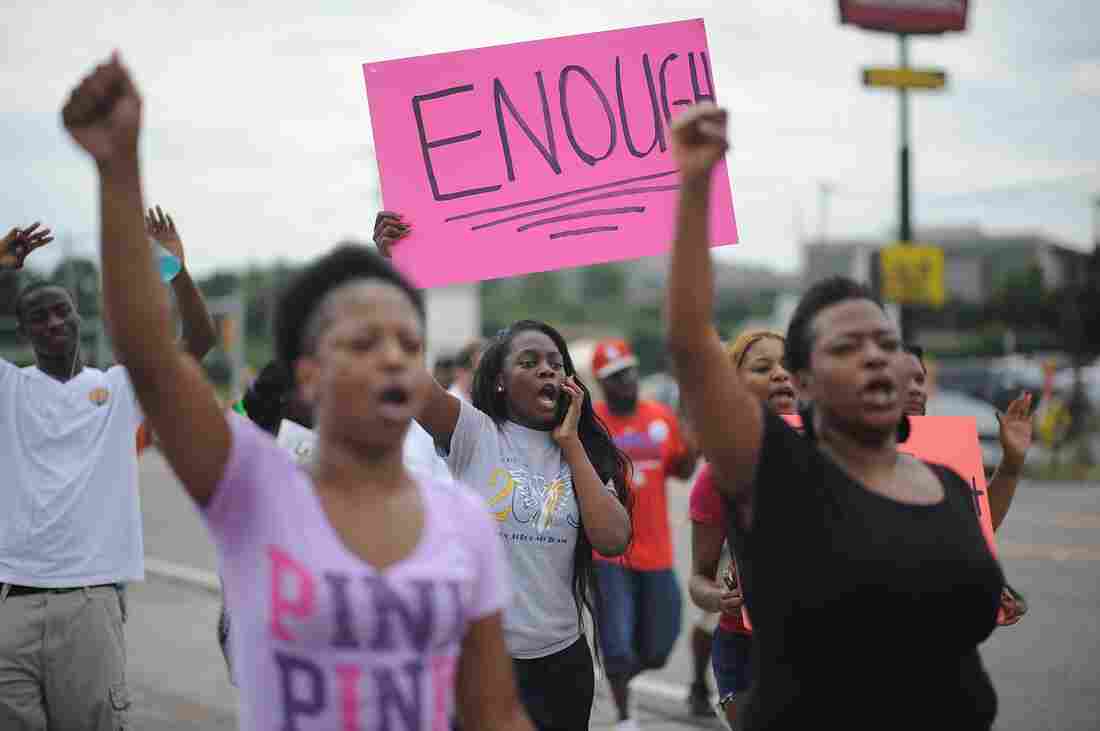 Protesters walk on West Florissant Avenue in Ferguson, Mo., on Tuesday. Protests have been going on for more than a week after the police shooting of unarmed teen Michael Brown. Michael B. Thomas/AFP/Getty Images hide caption 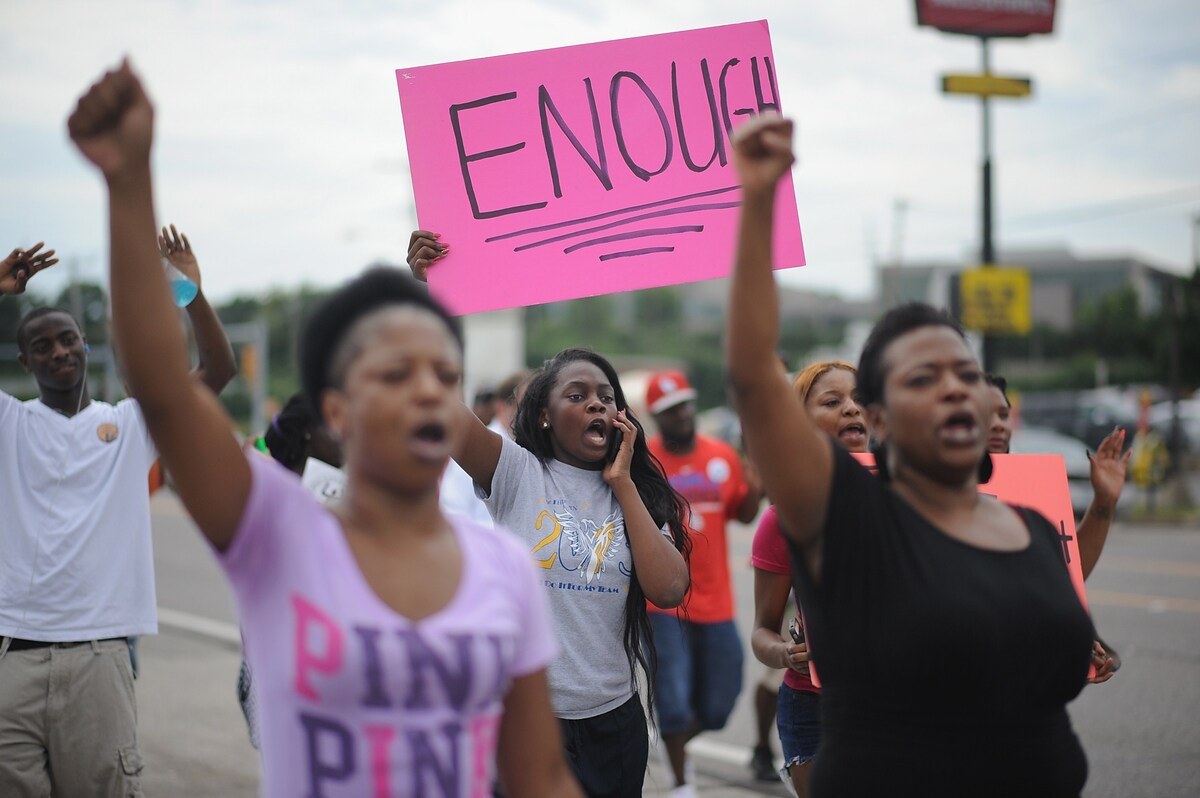 Protesters walk on West Florissant Avenue in Ferguson, Mo., on Tuesday. Protests have been going on for more than a week after the police shooting of unarmed teen Michael Brown.

Attorney General Eric Holder has made a pledge to Ferguson, Mo., where 18-year-old Michael Brown was shot and killed by a police officer on Aug. 9.

"Our investigation into this matter will be full, it will be fair, and it will be independent," he wrote in an op-ed for the St. Louis Dispatch. He added, "Long after the events of Aug. 9 have receded from the headlines, the Justice Department will continue to stand with this community."

City leaders in the St. Louis suburb are calling for residents to "stay home at night, allow peace to settle in, and allow for the justice process to take its course."

Here are a few other noteworthy developments today:

-- There has been a shooting in the city of St. Louis, a few miles from Ferguson. A man with a knife was "acting erratically," and was killed by police after not complying with orders, Metropolitan Police Chief Sam Dotson said. The incident is apparently not connected to the protests, but shortly after the shooting a crowd gathered, chanting, "Hands up! Don't shoot!"

-- School has been canceled for the rest of the week, but NPR's Elise Hu reports that Tuesday morning, "150 area teachers took part in some unusual professional development: picking up broken glass, water bottles and tear gas canisters from the street."

-- The Pentagon defended a program that gives local law enforcement agencies surplus military equipment, NPR's Tom Bowman reports. The program, which dates back to 1988, has come under criticism because of what some have called the military-style police response in Ferguson. Pentagon spokesman Rear Adm. John Kirby said the program has helped in counterdrug and other operations. He also said Defense Secretary Chuck Hagel has asked for more information on the program, though he has not ordered an official review.

What to watch for Tuesday night into Wednesday:

-- Overnight protests and potential violence. Journalists are suiting up in riot gear:

-- Attorney general will be in Ferguson.

-- The Brown case will go before a grand jury. The Atlantic Wire has an overview of what to expect.