Accessibility links
U.S. Authenticates Video Of Militants Beheading American Journalist : The Two-Way A video in which the extremist group the Islamic State claims to execute American journalist James Foley is authentic, according to U.S. intelligence analysts. Foley was abducted in Syria in 2012. 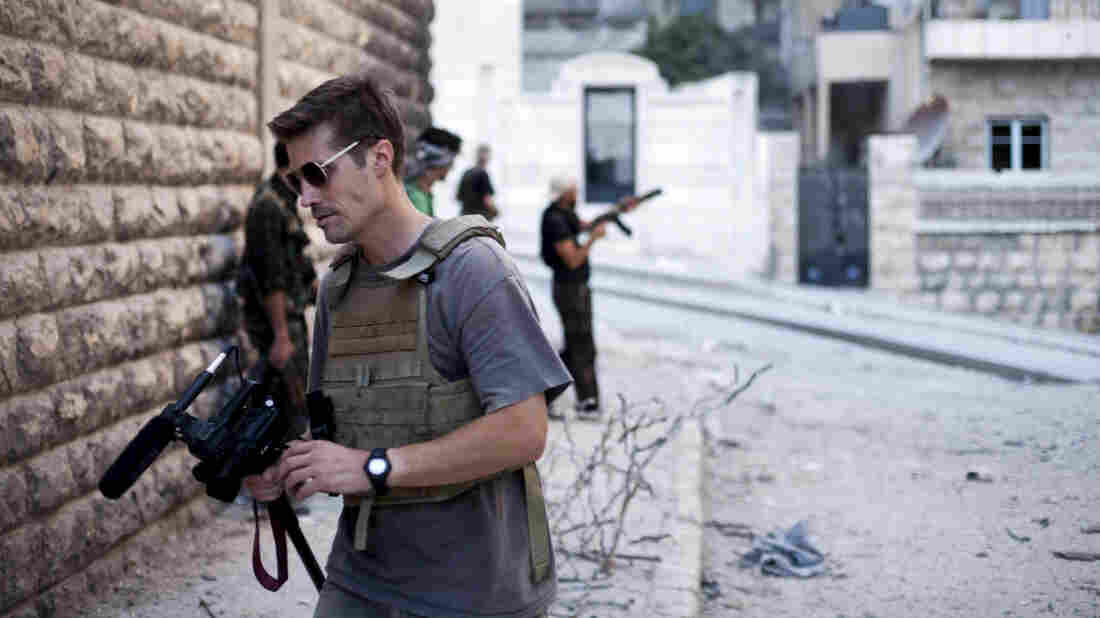 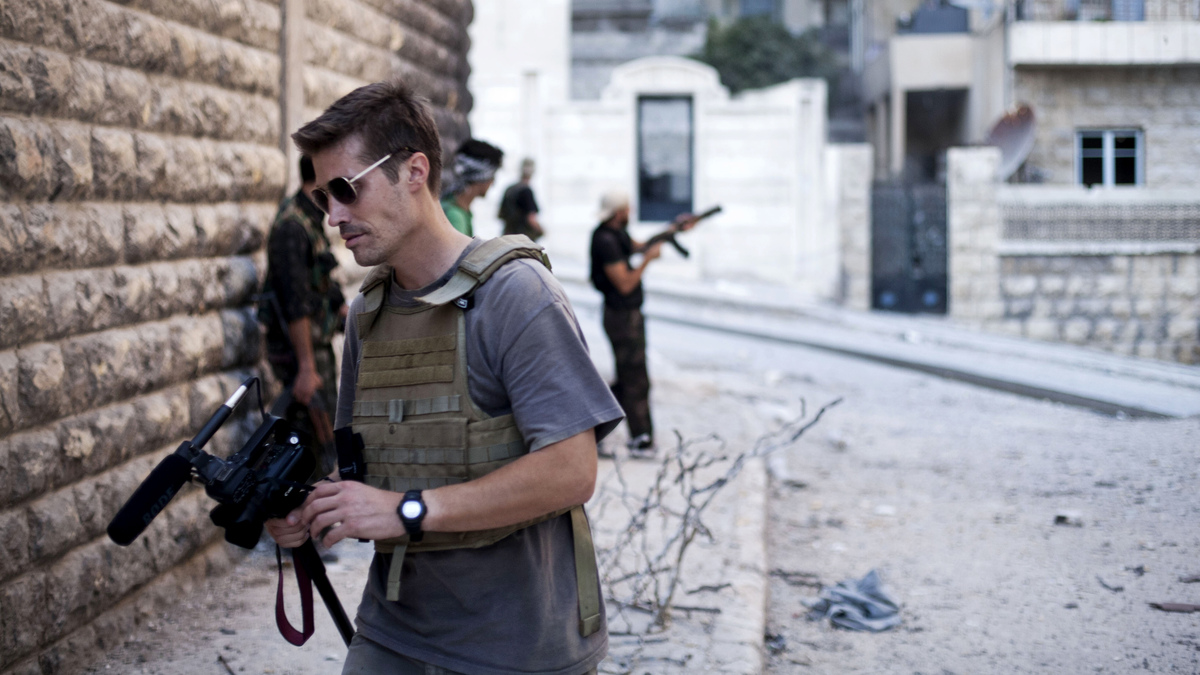 A video that was released online Tuesday in which the extremist group the Islamic State claimed to behead American journalist James Foley is authentic, according to U.S. intelligence analysts. Foley was abducted in Syria in 2012.

The video was uploaded to YouTube on Tuesday afternoon and later removed; since then, it has resurfaced elsewhere online. The images show Foley kneeling next to a masked militant and reciting comments against the U.S. before being killed.

After analyzing the footage, National Security Council spokesperson Caitlin Hayden says, "We have reached the judgment that this video is authentic."

Speaking the execution today, President Obama said the Islamic State engages in "cowardly acts of violence" and "has no place in the 21st century."

"People like this ultimately fail," the president said, "because the future is always won by those who build, not destroy. The world is shaped by people like Jim Foley."

After Obama's remarks, Foley's parents spoke to journalists outside their New Hampshire home. John and Diane Foley say they first heard about a possible development in their son's captivity from the administrator of the Facebook page they set up to call for their son's release. They were also alerted by a reporter that something seemed to have happened, Diane Foley said.

"It's difficult to find solace," Foley's father, John, said. Speaking through tears, he added, "We know Jimmy's free.... We know he's in heaven. So... we're so proud of him. We have to be happy for him."

"He brought so much to this family," Diane Foley said. She added that James Foley's friends -– both in the U.S. and internationally -– had worked tirelessly to try to find him, and to spread the call for his release. Journalists and federal investigators had also helped, they said.

"We had the best people helping us," John said. "We lost."

He later said of his son, "He was courageous to the end."

U.S. officials tell The Associated Press that the Islamic State had recently threatened to kill Foley to avenge U.S. airstrikes that have helped Iraqi forces regain key sites, including the Mosul dam.

In the shocking video, the Islamic State also says it is holding another American journalist, Steven Joel Sotloff, and that he could be the next victim. Sotloff went missing in Syria last year.

Foley has been missing since November 2012, when he was kidnapped while reporting in Syria for the news organization GlobalPost. A Facebook page was later created to call for his return. Last night, it featured this statement from Foley's mother, Diane:

"We have never been prouder of our son Jim. He gave his life trying to expose the world to the suffering of the Syrian people.

"We implore the kidnappers to spare the lives of the remaining hostages. Like Jim, they are innocents. They have no control over American government policy in Iraq, Syria or anywhere in the world.

"We thank Jim for all the joy he gave us. He was an extraordinary son, brother, journalist and person. Please respect our privacy in the days ahead as we mourn and cherish Jim."

GlobalPost's CEO and co-founder, Philip Balboni, says the company had been working to learn who kidnapped Foley and where he was being held captive.

"Although GlobalPost's investigation at one point led us to believe that James was being held by the Syrian government, we later were given strong reason to believe he was being held by Islamic militants in Syria," Balboni said. "We withheld this information at the request of the family and on the advice of authorities cooperating in the effort to protect Jim. GlobalPost, working with a private security company, has amassed an enormous amount of information that has not been made public."

Foley was on a freelance assignment for GlobalPost when he was abducted in northern Syria on Nov. 22, 2012. He had been making his way to the Turkish border when he was stopped by a group of armed men, the organization says.

Back in 2011, Foley was one of three journalists held captive for more than a month after being attacked by Gadhafi fighters near Benghazi. A fourth journalist didn't survive the attack.

After their ordeal, Foley and an American colleague, Claire Gillis, visited NPR's Talk of the Nation in 2011. Discussing the uncertain weeks of their captivity, Foley said they "turned to a lot of prayer" and exercise. In the end, he was the last of the journalists to be released, after spending a week as the sole Westerner in the prison.

"I started to have some dark thoughts," he said. "I started to think, you know, maybe they're keeping the American guy as the ace in the hole. ... I thought maybe I was going to be a bargaining chip."

Last year, Gillis wrote about how she saw Foley:

"Everybody, everywhere, takes a liking to Jim as soon as they meet him. Men like him for his good humor and tendency to address everyone as 'bro' or 'homie' or 'dude' after the first handshake. Women like him for his broad smile, broad shoulders, and because, well, women just like him.

"Wherever he is now, I can only assume that he's charmed his guards with his ready laugh and 20 words of Arabic, and is now drinking tea and smoking cigarettes with them, praying for strength and waiting for what comes next. I still call his phone sometimes and listen to the outgoing message. I'm waiting for the day he'll pick up."