Accessibility links
A 'Different Dynamic' In Ferguson, But With 47 Arrests : The Two-Way Tear gas and Molotov cocktails were absent in Ferguson last night, as protesters and police avoided clashes that have marred demonstrations over an unarmed teen's death in the St. Louis suburb.

A 'Different Dynamic' In Ferguson, But With 47 Arrests

A 'Different Dynamic' In Ferguson, But With 47 Arrests 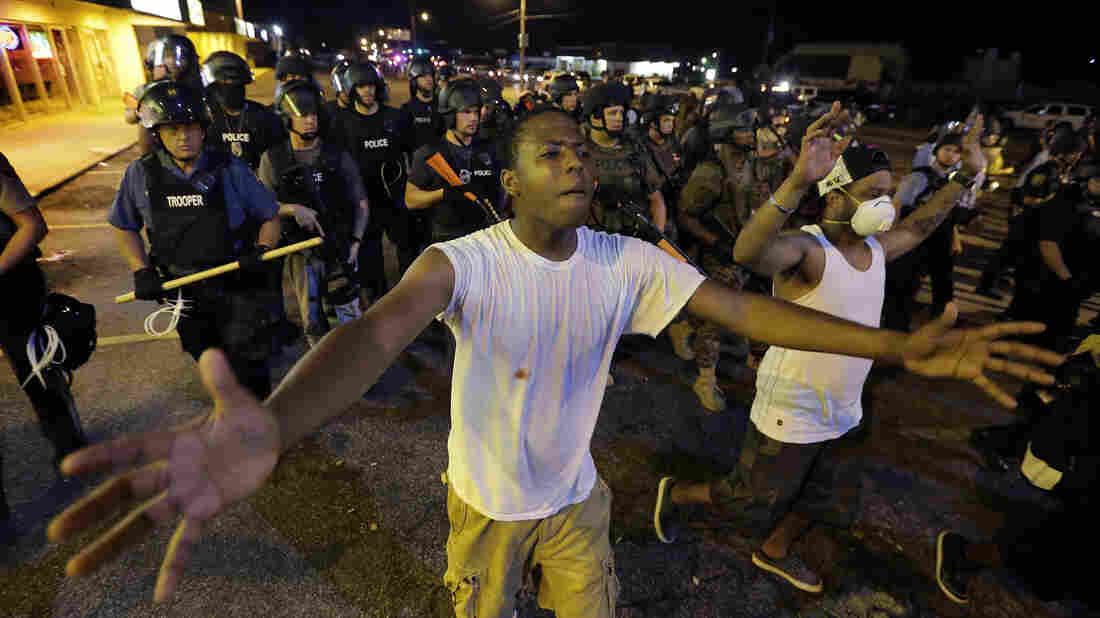 Protesters walk in front of a line of police early Wednesday as authorities try to disperse a demonstration in Ferguson, Mo. The St. Louis suburb saw less violence than on other recent nights of protests. Charlie Riedel/AP hide caption 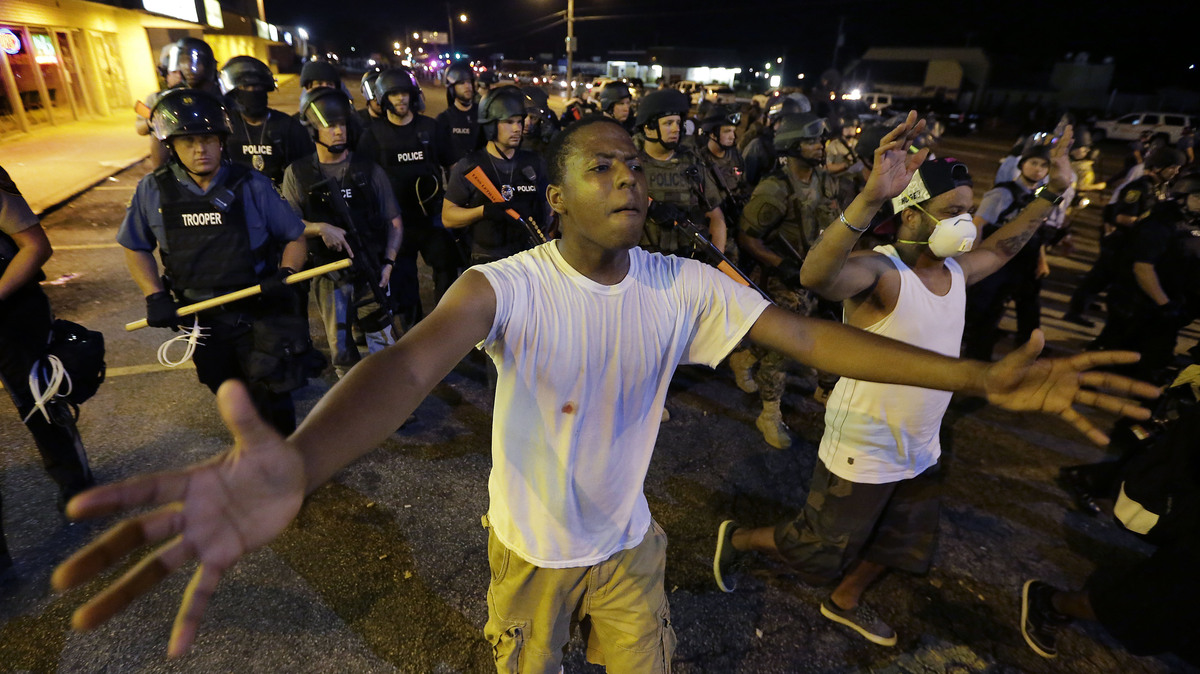 Protesters walk in front of a line of police early Wednesday as authorities try to disperse a demonstration in Ferguson, Mo. The St. Louis suburb saw less violence than on other recent nights of protests.

Tear gas and Molotov cocktails were absent from the streets of Ferguson, Mo., last night, as protesters and police avoided the clashes that have marred demonstrations over the death of an an unarmed black teenager at the hands of a white police officer last weekend in the St. Louis suburb.

Missouri Highway Patrol Capt. Ron Johnson, who is in charge of security in Ferguson, announced that 47 arrests had been made and that three loaded handguns were confiscated.

"Tonight we saw a different dynamic," Johnson said, according to St. Louis Public Radio. "Protest crowds were a bit smaller, and they were out earlier. We had to respond to fewer incidents than the night before. There were no Molotov cocktails tonight."

The demonstrations were largely peaceful, particularly early in the night. Police forced the crowds to stay on the move, enforcing a ban on "static assembly" that was implemented this week.

A prayer session ended with urges for people to head home, reports NPR's Brakkton Booker. But some people stayed on the streets, and as the night wore on, bottles were thrown at police. That led officers to put on helmets and shields and try to find the "agitators," Johnson said.

"Nearly four dozen arrests were made by the time the protests ended for the night," Brakkton says. "This includes one person police say is from Texas — and it was the third time this person has been arrested at the protests."

St. Louis County Prosecutor Bob McCulloch has said he will begin presenting witnesses to a grand jury today in the death of 18-year-old Michael Brown, who was killed after being shot by officer Darren Wilson on Aug. 9.

As St. Louis Public Radio explains, some people have called for McCulloch to recuse himself from the case:

"McCulloch's critics say that McCulloch has a conflict of interest in this case because his father was a policeman killed on duty by a black suspect. Others point to McCulloch's role campaigning for County Councilman Steve Stenger in his successful bid to oust incumbent County Executive Charlie Dooley in the Aug. 5 primary. Dooley is African-American."

The Justice Department is conducting its own investigation into the case — and U.S. Attorney General Eric Holder, who arrived in Ferguson today, wrote an op-ed piece for the St. Louis Post-Dispatch in which he said that about 40 FBI agents are working on the case.

Holder also said the violence that has broken out during some protests undermines, rather than advances, the cause of justice. At one point in the op-ed, he addressed the community's residents directly:

"This is my pledge to the people of Ferguson: Our investigation into this matter will be full, it will be fair, and it will be independent. And beyond the investigation itself, we will work with the police, civil rights leaders, and members of the public to ensure that this tragedy can give rise to new understanding — and robust action — aimed at bridging persistent gaps between law enforcement officials and the communities we serve. Long after the events of Aug. 9 have receded from the headlines, the Justice Department will continue to stand with this community."