Accessibility links
Many Seek Justice In Ferguson, Mo., But Will Have To Wait Awhile : The Two-Way Demonstrators want an indictment of the police officer who fatally shot Michael Brown earlier this month. But investigations — one of them a federal civil rights case — can take weeks, if not months. 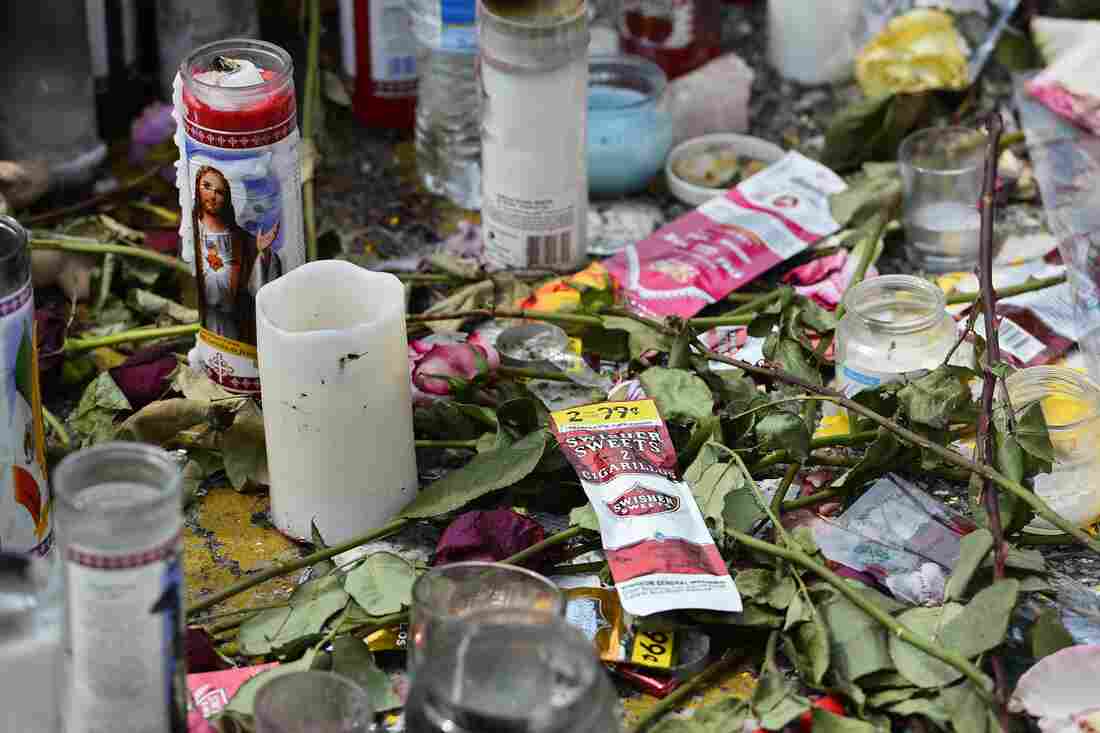 A memorial sits at the site of Michael Brown's death in Ferguson, Mo. Any investigation into his shooting by a police officer is likely to take months. Larry W. Smith/EPA/Landov hide caption 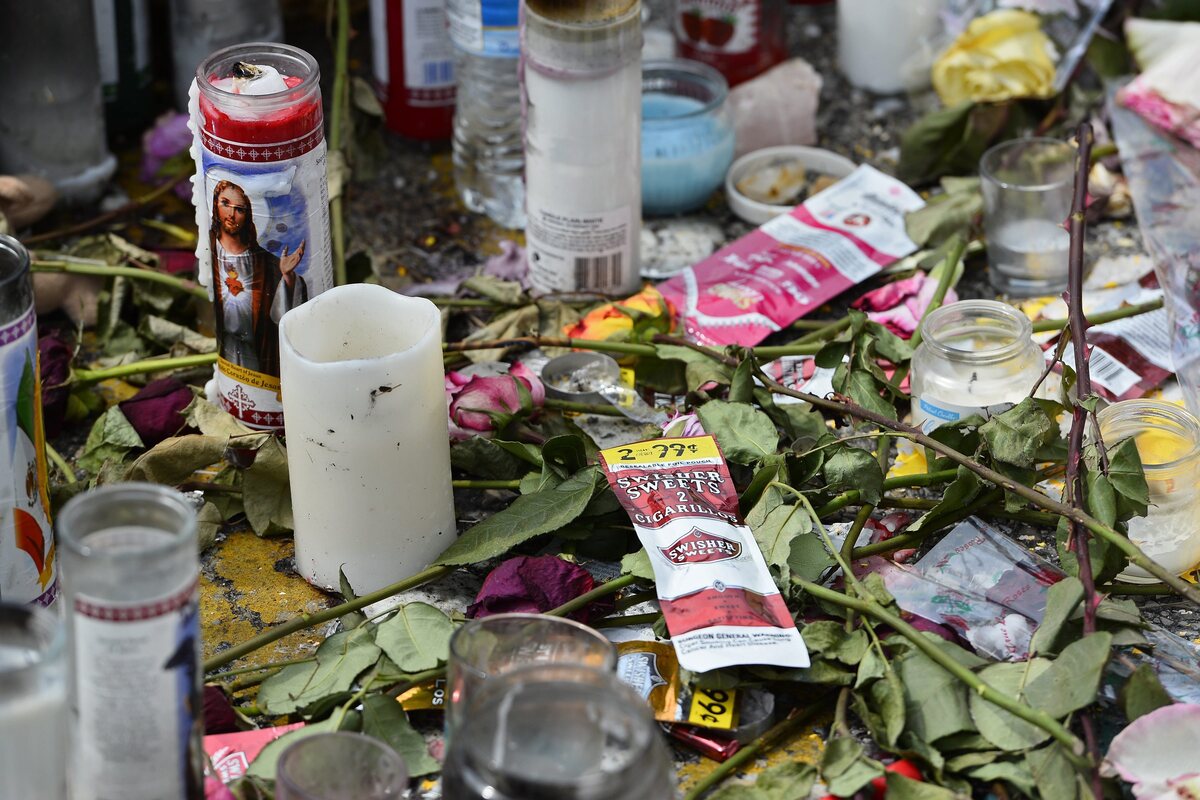 A memorial sits at the site of Michael Brown's death in Ferguson, Mo. Any investigation into his shooting by a police officer is likely to take months.

Both the county case and the federal investigation into the fatal police shooting of Michael Brown are expected to take time, as are basic answers about the circumstances that led to the black teenager's death Aug. 9.

About two dozen people showed up Wednesday in front of the St. Louis County Courthouse to demonstrate against County Prosecutor Robert McCulloch, who is preparing to present evidence in the case to a grand jury.

"This means something to me, so I had to be here," says demonstrator Lamont Farr, a home health care worker. "We want Bob McCulloch off this case; that's what we're here for today."

When McCulloch was 12, his father, a police officer, was killed in the line of duty. McCulloch is white. The man who shot his father was black. That history worries many in the community about the prosecutor's objectivity.

"We're fighting for justices across the world — we don't even have justice at home," Farr says.

McCulloch says his father's death decades ago won't affect his judgment, and Missouri Gov. Jay Nixon said in a statement Tuesday that he isn't asking the prosecutor to step aside.

The U.S. Department of Justice is also investigating whether Brown's civil rights were violated. FBI agents have now reportedly conducted more than 200 interviews. But the answers, and potential charges so many are demanding, won't come quickly.

"You're talking about at least months, and it's not impossible in some civil rights investigations that they take years," says former U.S. Attorney Paul Coggins, who worked with Attorney General Eric Holder in the Clinton administration.

"If you're looking for answers, those answers may be a long time in coming, in part because of the rules, the guidelines for the Department of Justice," Coggins says. "They're allowed to tell the community, 'We're on the job, we're making progress,' general things like that, but they're not allowed to share the specific evidence until an indictment comes down."

But Coggins says federal involvement could help quell distrust of the county's handling of the case. He says he has seen it before.

"Sometimes it's very difficult for a DA or a county attorney to convince a community that he or she can be objective where the police are concerned," he says. "The Civil Rights Division prosecutes police officers all the time. That's what they do."

"I'll be out here as long as this is going on," she says.

In the middle of the road, visitors add flowers, baseball caps and stuffed bears to an ever-expanding makeshift memorial for Brown. Bush comes out to pass out food during the day, and demonstrates at night.

She knows the big crowds will eventually dwindle, but Bush is from here. She has no plans to stop participating.

"This can go on until the verdict comes down," she says. "We gotta get the indictment first, and then the verdict, so, it might be awhile."

As the legal process plays out, a neighborhood already so torn by unrest and uncertainty has no choice but to wait.