Accessibility links
SeaWorld Won't Appeal Ban On Trainers Performing With Orcas : The Two-Way The theme-park company received a citation in 2010 after an orca named Tilikum killed a trainer. Since then, SeaWorld has planned upgrades to its facilities and training. But it still faces criticism. 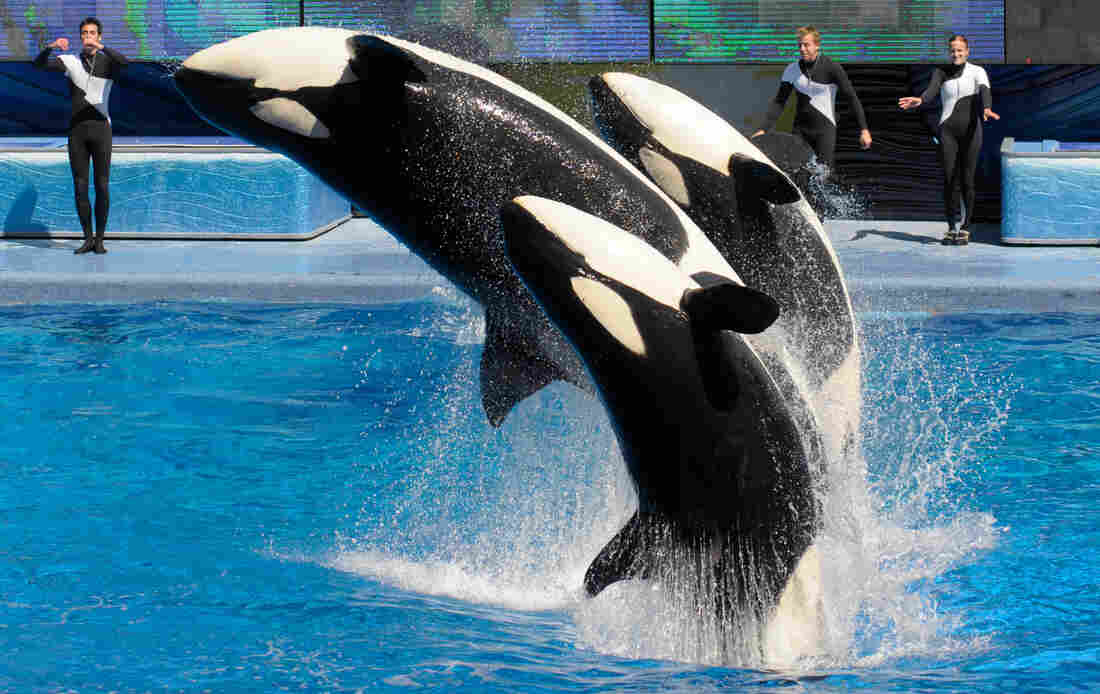 Killer whales perform in Shamu Stadium at the SeaWorld Orlando theme park in Florida. SeaWorld says it will not appeal a citation that prohibits trainers from performing with the whales. Phelan M. Ebenhack/AP hide caption 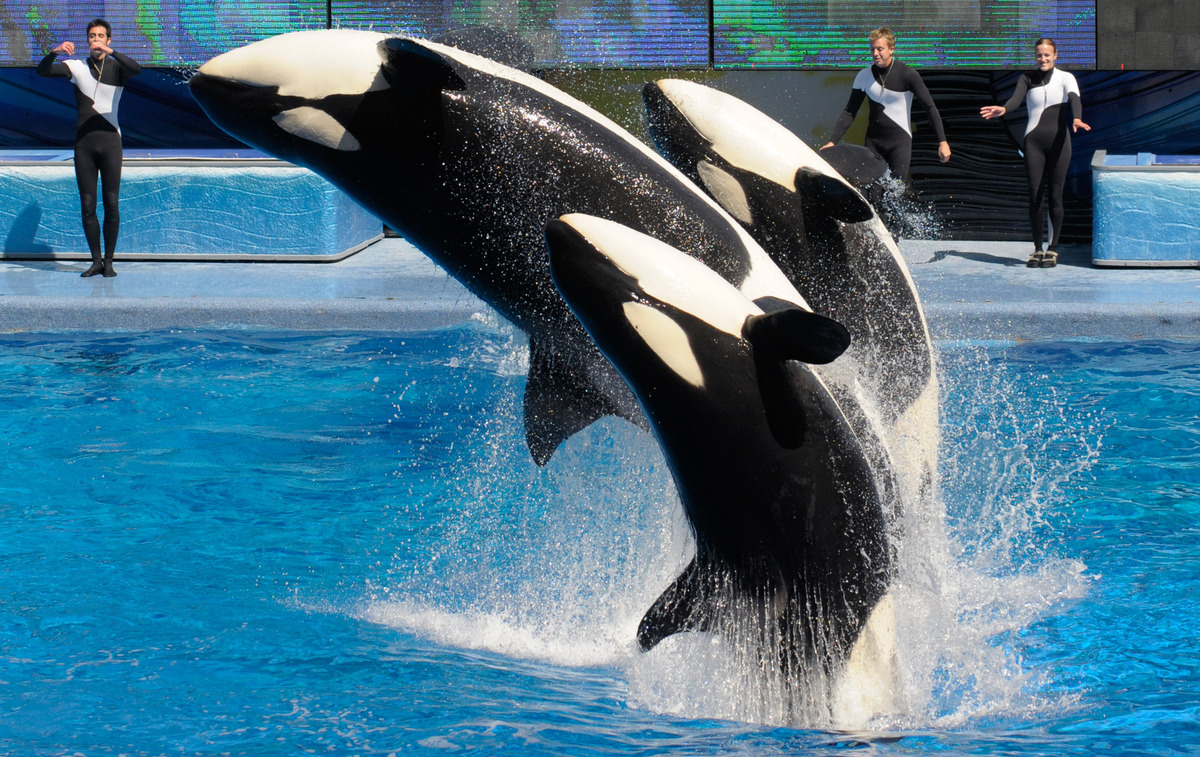 Killer whales perform in Shamu Stadium at the SeaWorld Orlando theme park in Florida. SeaWorld says it will not appeal a citation that prohibits trainers from performing with the whales.

SeaWorld has decided not to appeal a court ruling that prohibits its trainers from performing with killer whales, the Orlando Sentinel reports, citing a filing with the Securities and Exchange Commission.

The legal battle has lasted for years, beginning with the death of trainer Dawn Brancheau by an orca named Tilikum in 2010.

As we reported after the incident, the Occupational Safety and Health Administration fined SeaWorld $75,000 and kept trainers from performing alongside orcas. At the time, SeaWorld contested OSHA's conclusion.

This past April, a U.S. Court of Appeals in Washington, D.C., upheld that citation.

SeaWorld has taken a lot of heat for its use of orcas for entertainment, particularly after the 2013 documentary Blackfish, which featured Tilikum.

Since Brancheau's death in 2010, SeaWorld has taken steps to improve safety for trainers. As NBC 6 in South Florida reports, it "has implemented new safety protocols and equipment for trainers, including an investment of $70 million in lifting floors in the pools that could quickly isolate whales."

SeaWorld announced Aug. 15 that it would be creating bigger "living spaces" for the whales, the first of which will be at SeaWorld San Diego and is scheduled to open in 2018. The facility will be "nearly double" that of the existing one, with 10 million gallons of water — 50 feet deep and more than 350 feet long. It also said it would be investing $10 million for research on orcas in the wild.

The animal-rights group PETA denounced the move to build "bigger concrete boxes," and its director of animal law said it was a "desperate drop-in-the-bucket move to try to turn back the hands of time."

While trainers won't be part of the show any longer, they will still be training with the orcas to get them acclimated to humans, the Orlando Sentinel reports.

"The idea is that if someone were to fall or jump in the water, it wouldn't alarm or excite the whale and cause it to act aggressively," the paper says.