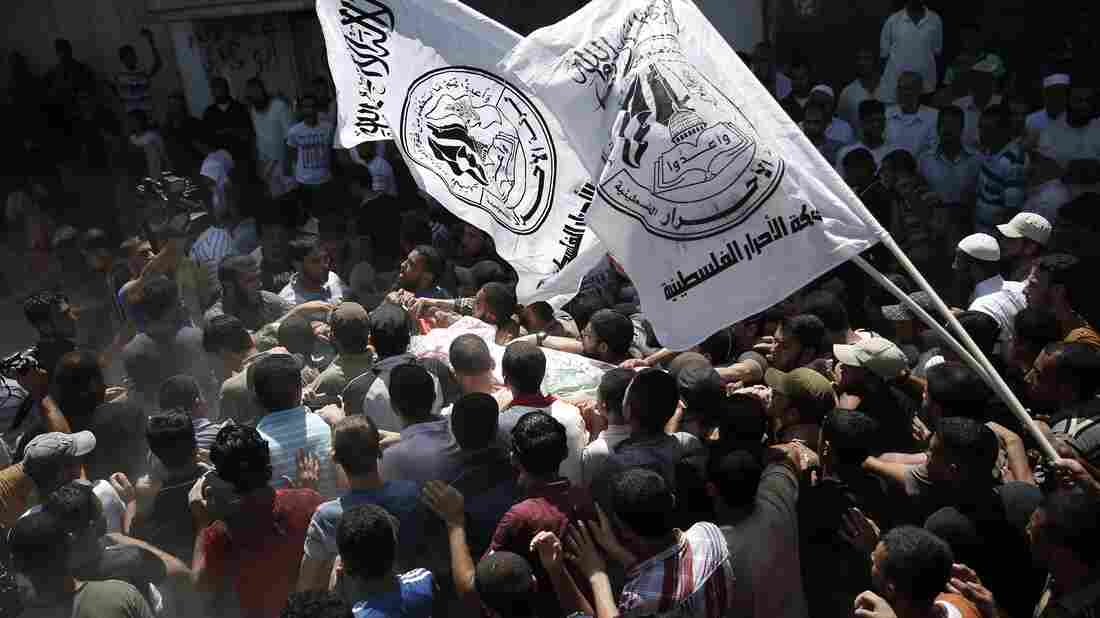 Hamas supporters carry the body of one of three Hamas senior commanders killed Thursday by an airstrike in the Gaza Strip. Thomas Coex/AFP/Getty Images hide caption 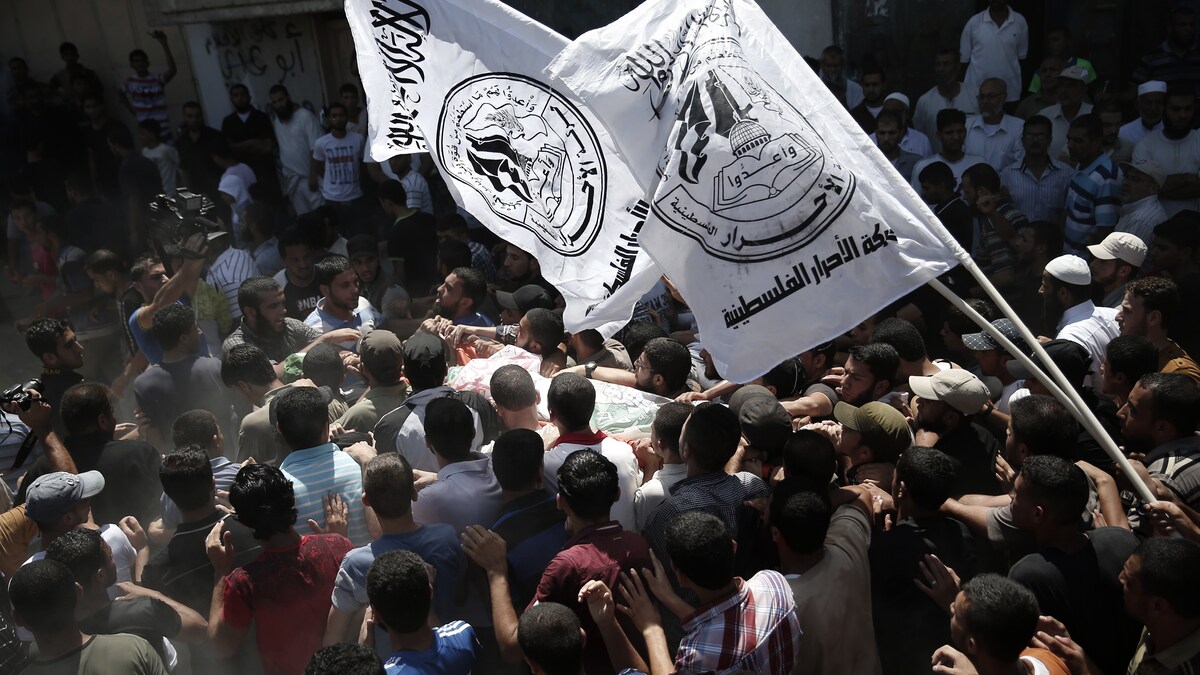 Hamas supporters carry the body of one of three Hamas senior commanders killed Thursday by an airstrike in the Gaza Strip.

An Israeli attack on a house has killed three military commanders in Gaza, Hamas says, including one of the group's most senior leaders. Thursday's strike follows what Hamas says was a failed attack on its top military leader earlier this week.

"The attack happened overnight and targeted a residential house in Rafah close to Gaza's border with Egypt.

"The three men were commanders in the al-Qassam Brigades, the military wing of Hamas. Hamas named one as Raed al Attar, their most important commander in southern Gaza. He was reportedly involved in the kidnapping of the Israeli soldier Gilad Shalit, who was released in a prisoner exchange three years ago.

"These killings come a day after hundreds of Palestinians turned out on the streets for the funeral of the wife and infant son of Hamas' top military commander Mohammed Deif. Hamas says the two were the victims of a failed assassination attempt against Deif himself."

The attacks came amid new exchanges of missiles and rockets between Israel and militants in Gaza, after a temporary cease-fire fell apart early this week.

The BBC reports, "Six weeks of fierce fighting have left at least 2,103 people dead, all but 67 of them Palestinians and most of them said to be civilians."

"The extraordinary intelligence gathered by the Shin Bet through hard work and professionalism, together with the precise execution capabilities of the IDF, enabled us to decide to carry out this operation against the Hamas leaders who plotted fatal attacks against Israelis," Netanyahu said, according to Haaretz.