Accessibility links
Islamic State 'Beyond Anything We've Seen,' Hagel Says : The Two-Way The secretary of defense says the extremists are well-funded and organized and that he expects them to "regroup and stage an offensive" despite U.S. airstrikes. 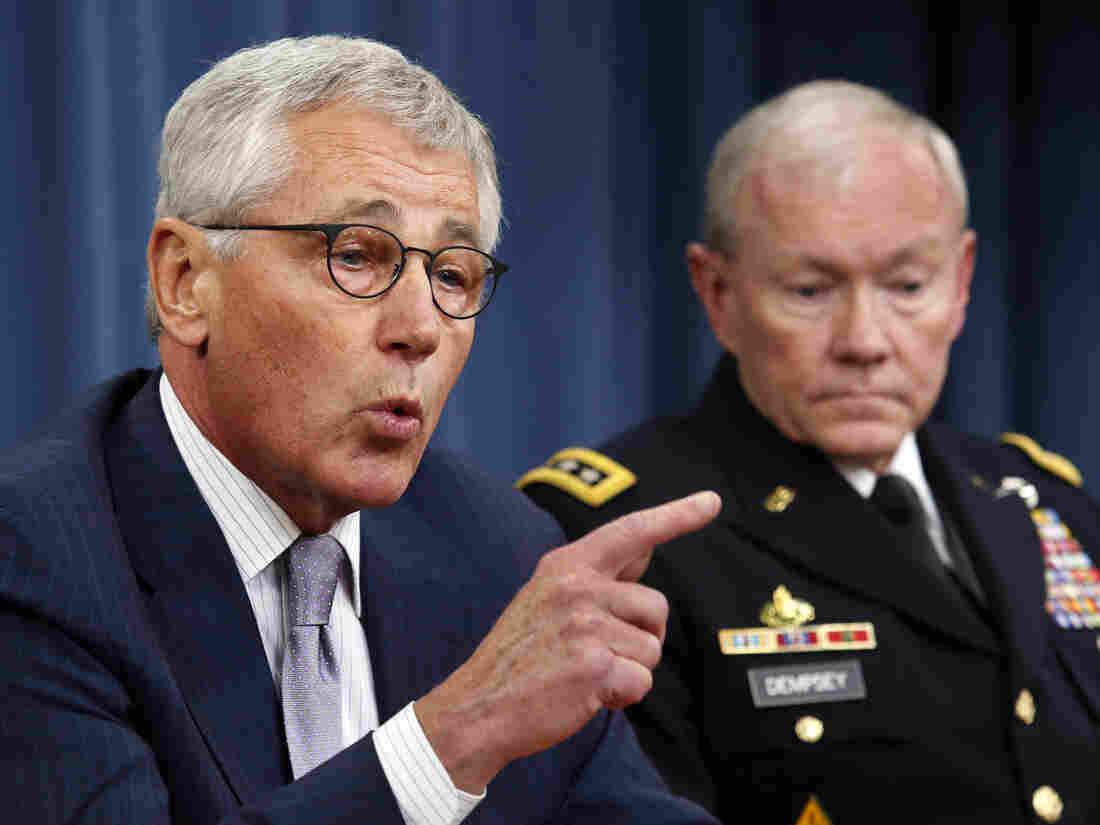 Secretary of Defense Chuck Hagel (left) and Chairman of the Joint Chiefs of Staff Gen. Martin Dempsey during a Pentagon briefing on Thursday. Hagel said Islamic State militants in Iraq and Syria posed a threat "beyond anything we've seen." Yuri Gripas/Reuters/Landov hide caption 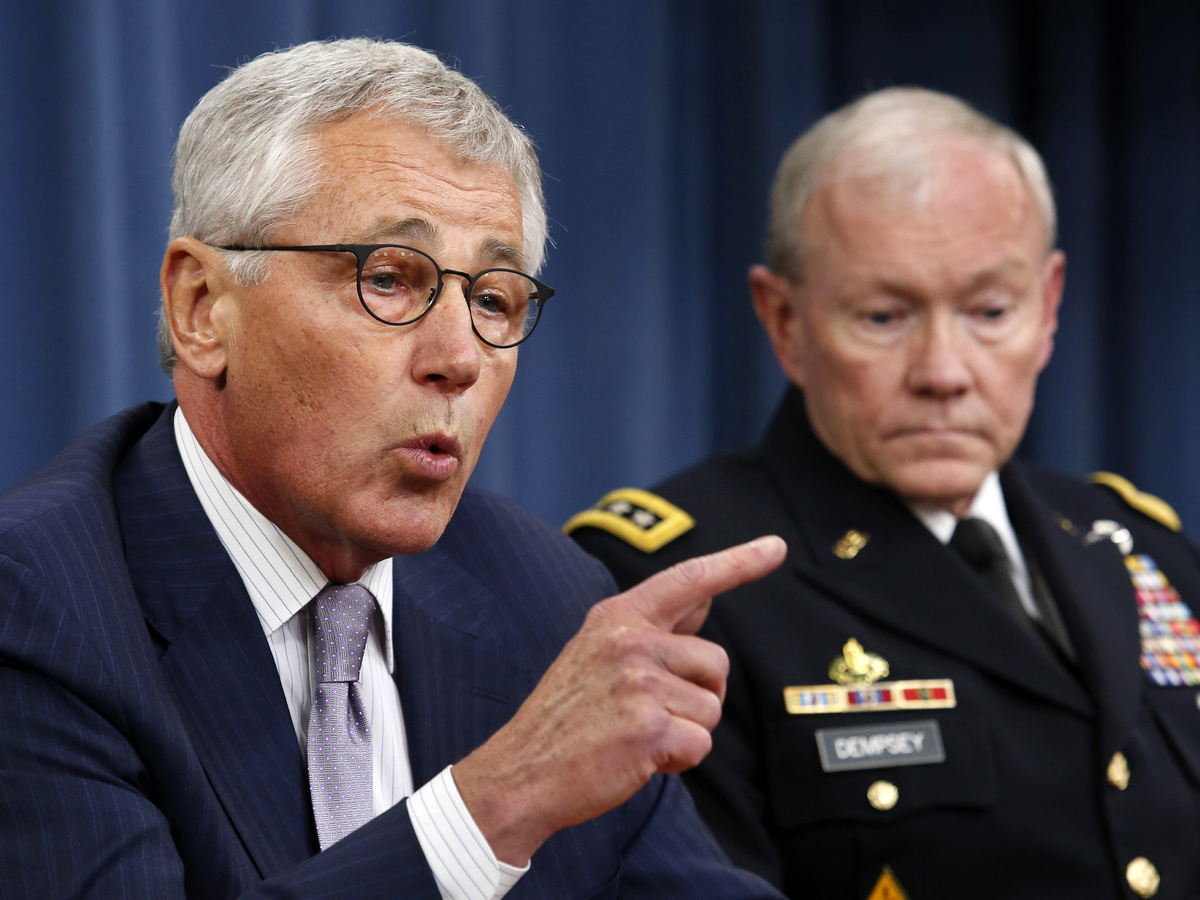 Secretary of Defense Chuck Hagel (left) and Chairman of the Joint Chiefs of Staff Gen. Martin Dempsey during a Pentagon briefing on Thursday. Hagel said Islamic State militants in Iraq and Syria posed a threat "beyond anything we've seen."

Secretary of Defense Chuck Hagel describes a failed U.S. mission into northern Syria earlier this summer to rescue Americans believed held there — including a journalist who was executed earlier this week — as "flawless" despite not recovering the hostages.

"This was a flawless operation, but the hostages weren't there," Hagel told journalists at a Pentagon briefing with Gen. Martin Dempsey, chairman of the Joint Chiefs of Staff.

Dempsey, asked if he thought the hostages were ever at the targeted location in northern Syria, said simply: "I do."

Among the captives the U.S. hoped to free was freelance journalist James Foley, who was beheaded on Tuesday by his captors, members of the al-Qaida inspired group Islamic State, also known as ISIS and ISIL.

Hagel defended a decision by the Pentagon to release information about the classified rescue mission in July, which involved radar-evading helicopters and ground components, saying that "a number of news outlets already knew about it."

He said a high-level decision was made that as long as specific methods of the operation were not revealed, it was OK to discuss it in general terms.

Even with U.S. airstrikes directed against Islamic State militants, Hagel said he expects the terrorist organization to "regroup and stage an offensive," adding that U.S. military efforts in Iraq are not over.

The defense secretary said the U.S. was continuing to provide military assistance and direct military support to Iraq's Kurdish militias, known collectively as the peshmerga: "Overall, these operations have stalled ISIL footing," he said.

Hagel described the challenge of the Islamic State as a "whole new dynamic."

He said the group was "as sophisticated and well-funded as any organization we've seen.

"Oh, this is beyond anything we've seen," he said emphatically in response to a question as to whether the Islamic State represented a "9/11-level threat" to the U.S.

Hagel said the U.S. needs to "take a cold steely look" at the group "and get ready."