Accessibility links
Scientists Searching For Alien Air Pollution : The Two-Way Looking for extraterrestrial smog may be a good way to search for alien intelligence, according to a Harvard researcher. 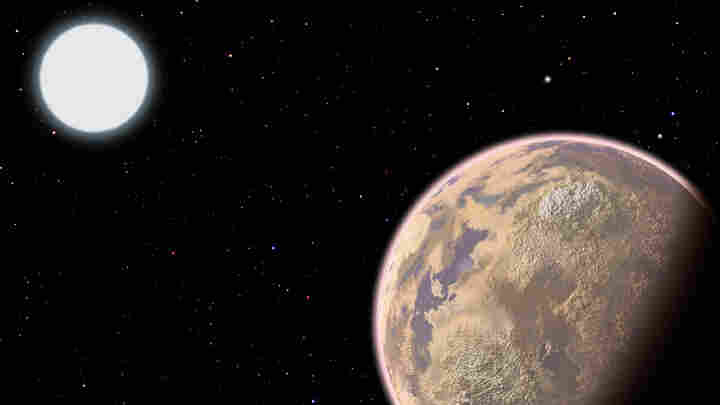 In this artist's conception, the atmosphere of an Earthlike planet displays a brownish haze â the result of widespread pollution. Christine Pulliam/Harvard-Smithsonian Center for Astrophysics hide caption 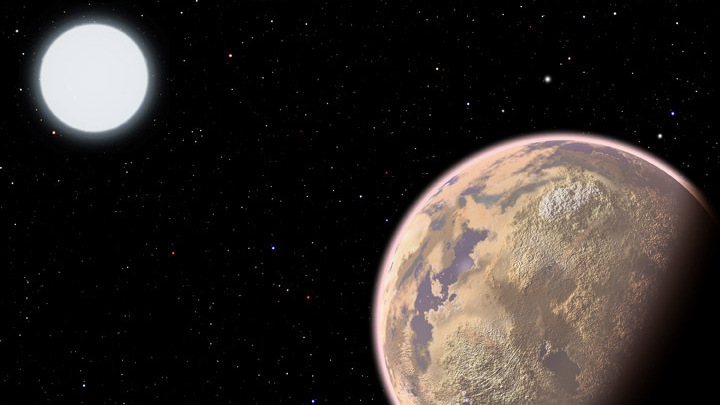 In this artist's conception, the atmosphere of an Earthlike planet displays a brownish haze â the result of widespread pollution.

Air pollution is clogging the skies of our planet. Now one scientist thinks Earth may be just one of many polluted worlds — and that searching for extraterrestrial smog may actually be a good way to search for alien intelligence.

"People refer to 'little green men,' but ETs that are detected by this method should not be labeled as green," says Avi Loeb, an astronomer at Harvard University.

The idea of finding alien polluters may be a bit of a long shot, but Loeb says it's possible.

Astronomers have been able to glimpse the atmospheres of planets outside our solar system for a while now. In 2018, NASA will launch the James Webb Space Telescope, which will be larger and better than ever at looking at extrasolar atmospheres.

"The idea would be that when a planet like the Earth is passing in front of its host star, a small fraction of the light from the star would pass through the atmosphere and show potentially evidence for these pollutants," he says.

Some pollutants don't occur naturally. So if astronomers saw them, it would point to industrial activity on the planet. And that would indicate intelligence.

Loeb and two other researchers have published their calculations in the September issue of Astrophysical Journal Letters, and on the preprint site arixiv.org. They show that if an Earth-sized planet orbits a type of star known as a white dwarf and has a pollution level 10 times that of Earth, the Webb telescope should be able to detect it — even from a distance of trillions of miles away.

Of course, one might expect that if intelligent life really was intelligent, then it would pollute less, not more.

But Loeb says the aliens might have a reason. For example, they might be colonizing a cold planet and deliberately creating a greenhouse effect to warm it up.

On the other hand, high levels of pollution also could show that the aliens spoiled their world.

"It may indicate that we are looking at the ruins of a civilization that destroyed itself, and that would serve as an alarm signal of not being environmentally friendly," he says.

Either way, it would prove that when it comes to making a mess, we are not alone in the universe.