Accessibility links
Another Peaceful Night In Ferguson : The Two-Way The protests were largely peaceful in the St. Louis suburb for a third consecutive night. 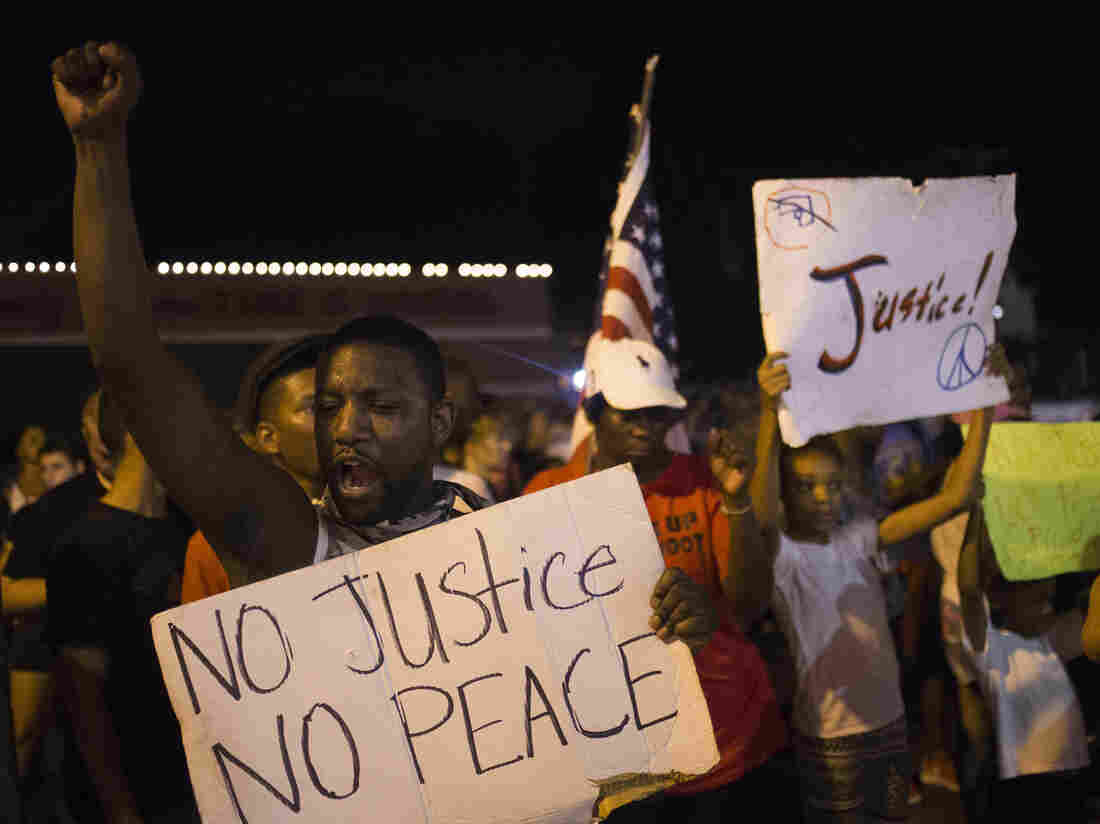 Demonstrators protest the killing of unarmed 18-year-old Michael Brown across the street from the Ferguson Police Department in Ferguson, Mo., Friday night. More than a week of unrest has largely given way to peaceful protests recently. Adrees Latif/Reuters/Landov hide caption 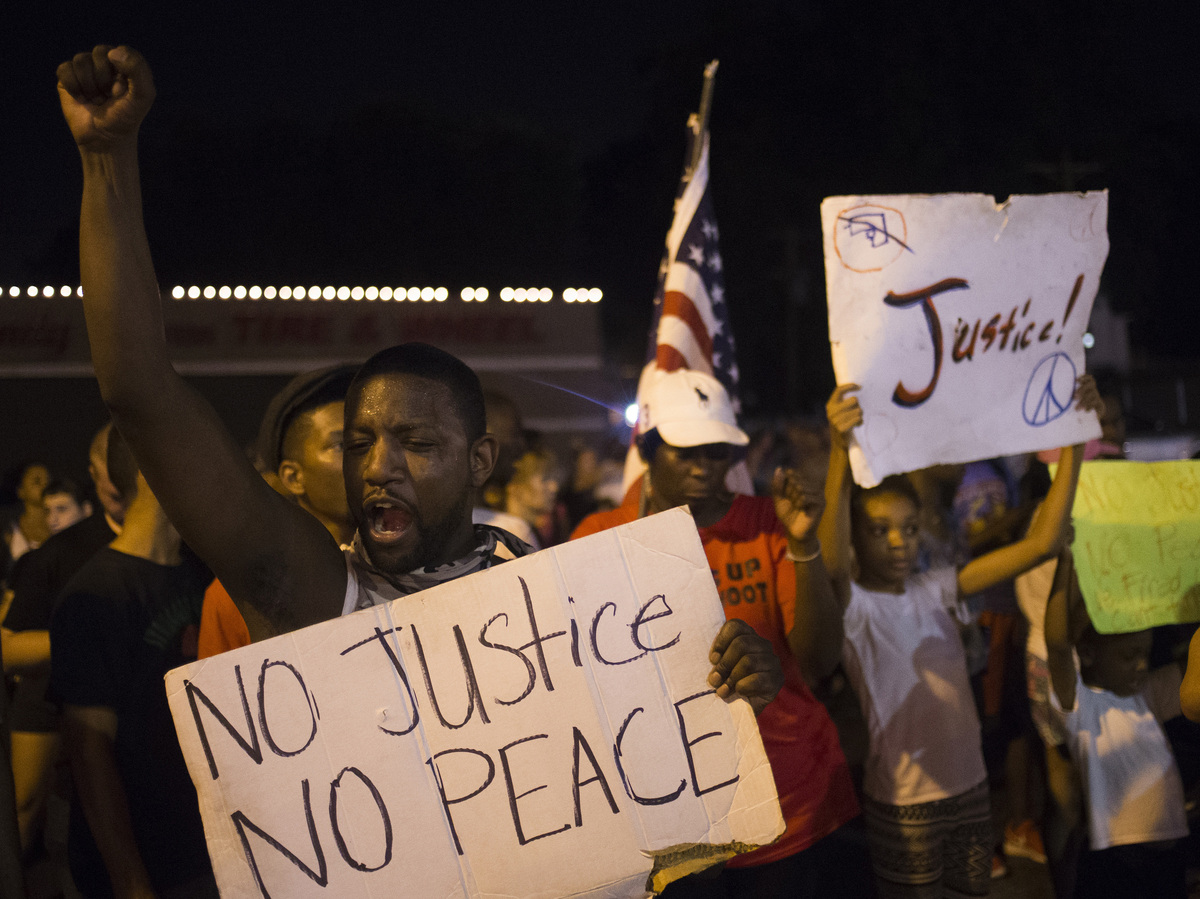 Demonstrators protest the killing of unarmed 18-year-old Michael Brown across the street from the Ferguson Police Department in Ferguson, Mo., Friday night. More than a week of unrest has largely given way to peaceful protests recently.

Relative calm and restraint prevailed for a third consecutive night on the streets of Ferguson, Mo., as confrontations subside between authorities and those protesting the fatal police shooting of an unarmed black 18-year-old.

The Associated Press reports: "A small stream of protesters marched in the St. Louis suburb as night fell Friday, but instead of confrontations with police, several stopped to talk one-on-one with officers about the Aug. 9 shooting death of Michael Brown and tactics used by authorities during previous demonstrations."

"After dwindling in numbers, the protesters, marshaled by volunteers from the clergy, made their way to a parking lot across from the police station, where they prayed and chanted while about 20 officers stood in a line outside.

"Earlier at St. Mark Family Church, a hub for protest organizers, activists and residents met to pray and work on plans to improve the predominantly African American community of 21,000 in the wake of unrest that has focused international attention on often-troubled U.S. race relations.

"Despite a notable easing of tensions in recent days — police made only a handful of arrests on Wednesday and Thursday — authorities braced for a possible flare-up of civil disturbances ahead of Brown's funeral, which is planned for Monday."

NPR's David Schaper, reporting from Ferguson, says while the number of protesters appears to be diminishing, others are trying to chart a course for a more lasting change in the community.

At Red's Barbeque, which was severely damaged in the first nights of unrest that followed Brown's shooting in Ferguson, community activists have set up a voter registration booth.

"If more people participate in the election process, they will have individuals that are elected to office that they believe actually represent their best interests, whether they look like them or don't look like them," says Deborah Ahmed of the nonprofit Better Family Life.

NPR's Schaper says only about one in 10 eligible voters turned out in Ferguson's last municipal elections and the percentage was even lower among African-Americans, who make up two-thirds of the population.