Accessibility links
Iceland Ups Aviation Warning As Volcano Rumbles : The Two-Way Bardarbunga, a volcano in the center of the island nation, has experienced a sub-glacial eruption and could begin sending steam and ash skyward if it melts through the ice, scientists warn. 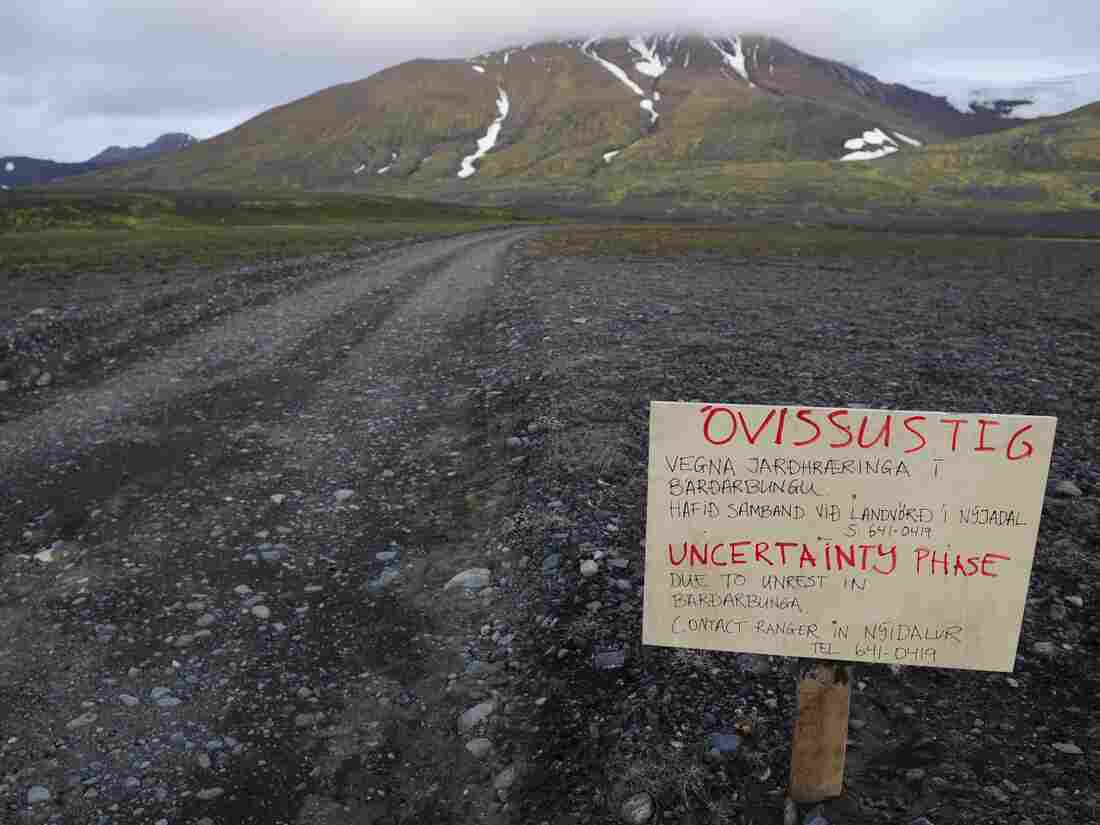 A warning sign blocks the road to Bardarbunga volcano, some 12 miles away, in the northwest region of Iceland's Vatnajokull glacier, on Tuesday. Reuters/Landov hide caption 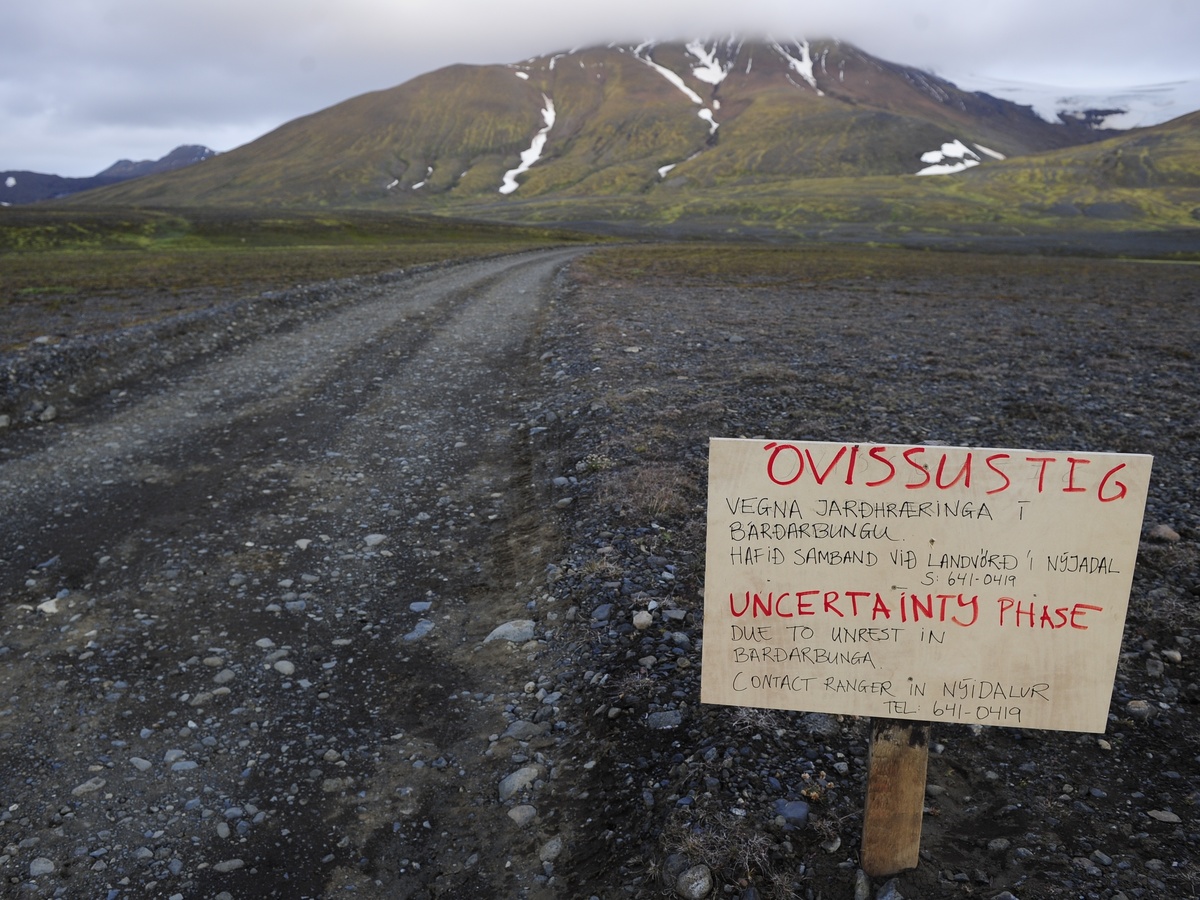 A warning sign blocks the road to Bardarbunga volcano, some 12 miles away, in the northwest region of Iceland's Vatnajokull glacier, on Tuesday.

Iceland today raised an aviation alert level to reflect growing concern over underground rumblings at its Bardarbunga volcano in the central part of the island nation.

A sub-glacial eruption caused Icelandic authorities to raise the aviation alert level to red, indicating "significant emission of ash into the atmosphere," The Associated Press reports.

Iceland, located along a seismically and volcanically active mid-ocean ridge, saw the eruption of another volcano, Eyjafjallajokul, in 2010. The eruption four years ago spewed an ash cloud into the sky that wreaked havoc on international air travel in the region for a week, cancelling more than 100,000 flights to and from Europe.

And, in 2011, Iceland's Grimsvotn volcano erupted, briefly threatening a repeat of Eyjafjallajokul.