Accessibility links
Obama Orders Review Of Transfers Of Military Surplus To Local Police : The Two-Way The White House says it will look at federal programs begun after Sept. 11, 2001, that have given local law enforcement military-grade weapons and equipment. 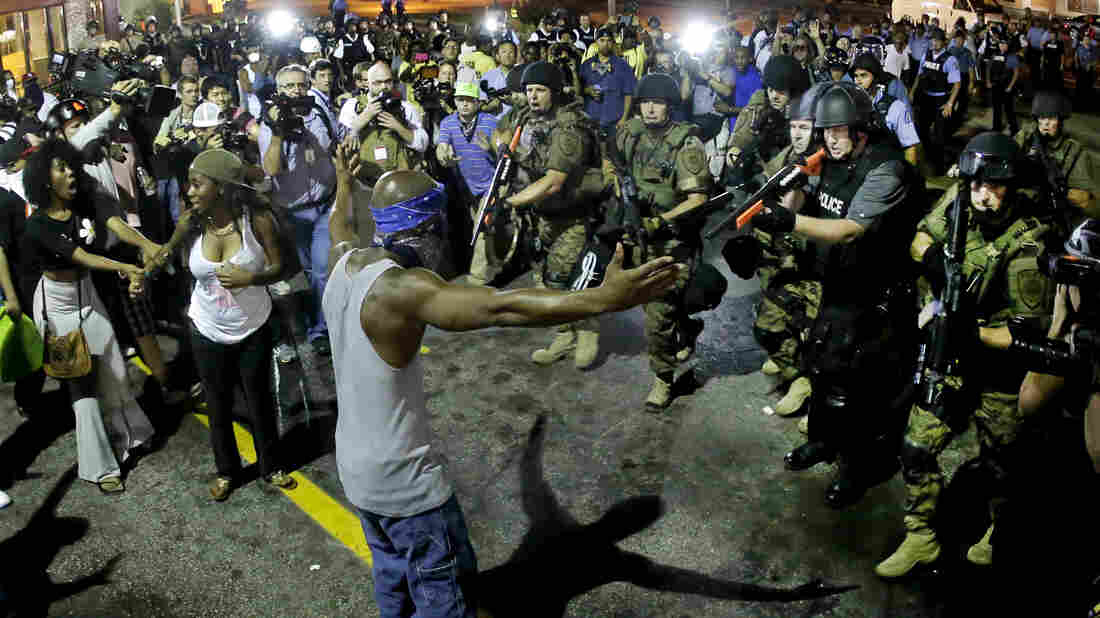 Police arrest a man as they disperse a protest Wednesday for Michael Brown, who was killed by police Aug. 9 in Ferguson, Mo. Charlie Riedel/AP hide caption 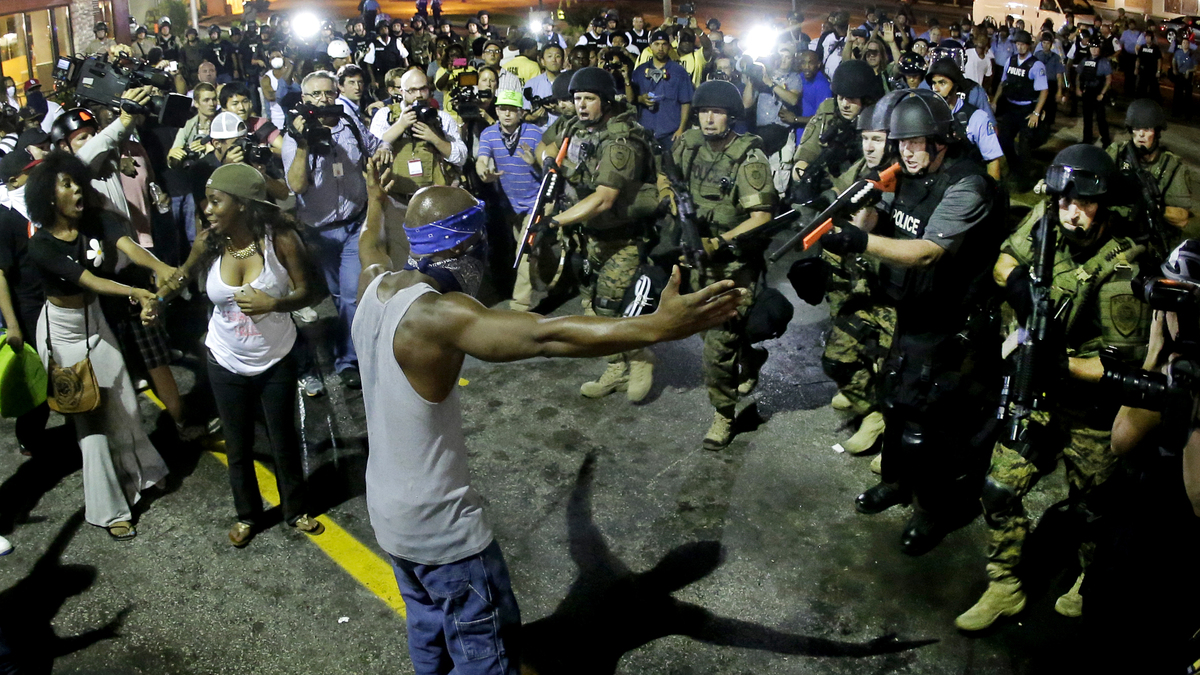 Police arrest a man as they disperse a protest Wednesday for Michael Brown, who was killed by police Aug. 9 in Ferguson, Mo.

President Obama has ordered a review of federal programs that supply local law enforcement agencies with military weapons and equipment after concerns over how the police handled unrest in Ferguson, Mo., in the aftermath of the shooting death of Michael Brown.

A senior Obama administration official says the president "whether state and local law enforcement are provided with the necessary training and guidance; and whether the federal government is sufficiently auditing the use of equipment obtained through federal programs and funding."

The official also says the review would include input from the Domestic Policy Council, the National Security Council, the Office of Management and Budget, as well as the departments of Defense, Justice, Homeland Security and Treasury.

Obama telegraphed the likelihood of a review on Monday when he urged a reexamination of such programs.

"There is a big difference between our military and our local law enforcement, and we don't want those lines blurred," the president told reporters at the White House. "That would be contrary to our traditions."

The issue has come to the fore since the fatal shooting of Brown, an unarmed black 18-year-old, by a white police officer. The incident has sparked several nights of violent protests.

"The protestors were met by heavily armored combat vehicles and officers in camouflage combat-grade body armor, some with sniper rifles. The material came via the 1033 program, under which surplus military hardware is made available from the Department of Defense to local law enforcement agencies across the country.

"The images of what appeared to be combat-ready forces arrayed against protestors flashed around the world in news and social media reports and quickly added to the tension on the streets."

In June, the American Civil Liberties Union issued a report that warned of the excessive militarization of American law enforcement.

As we reported at the time, the report highlighted, among other things, the growing use of SWAT teams for such seemingly mundane tasks as serving drug warrants.