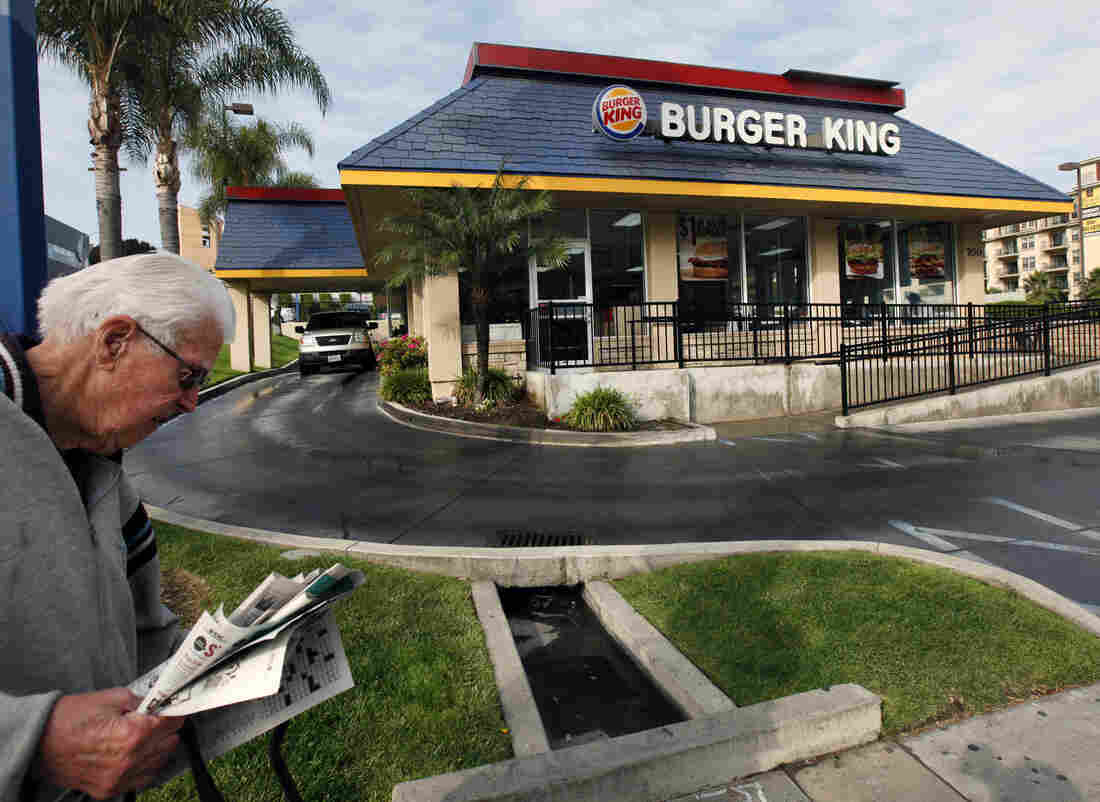 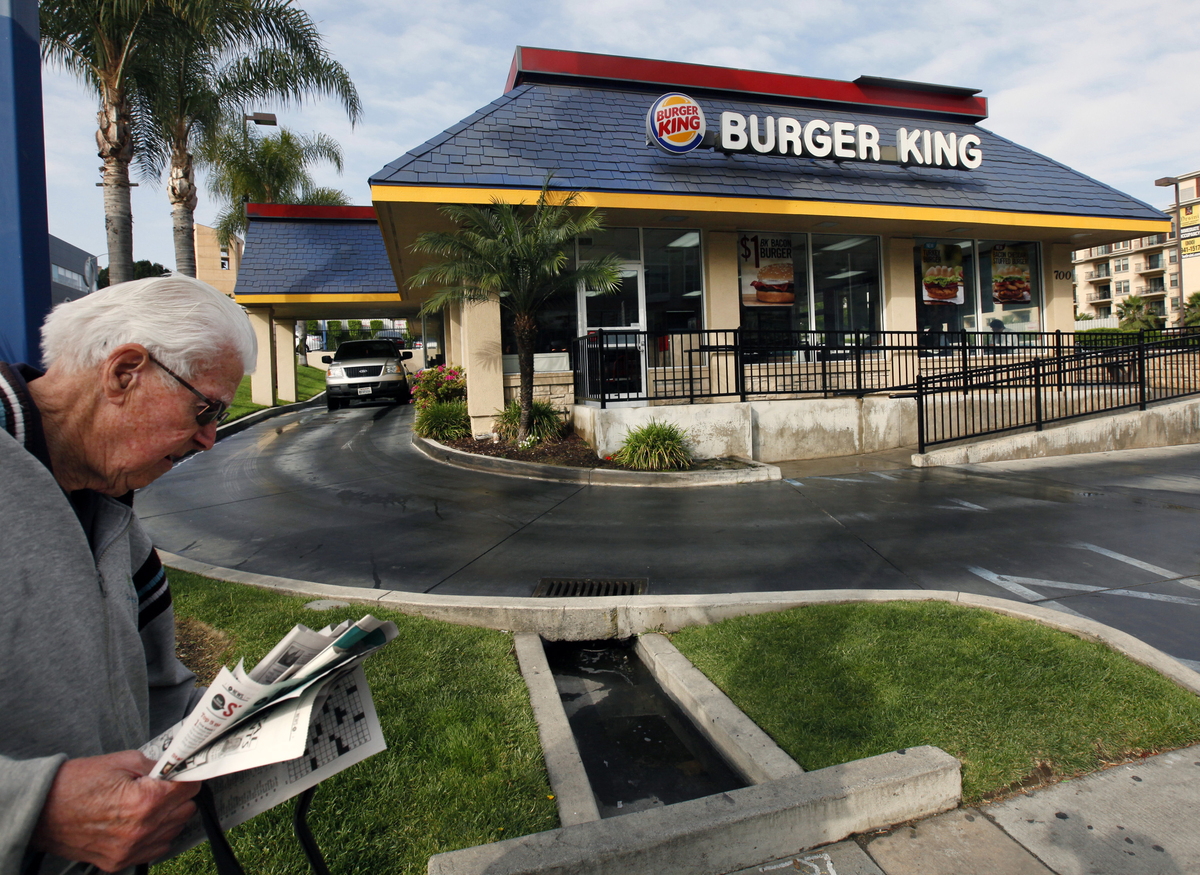 A pedestrian walks past a Burger King restaurant near downtown Los Angeles.

In a deal that would create the third-largest fast-food chain, Burger King announced on Tuesday that it intended to buy Canada's Tim Hortons for about $11 billion.

"The purchase gives Burger King access to a coffee brand with a cult following, which may help boost breakfast sales. Tim Hortons, Canada's biggest seller of coffee and doughnuts, also lets Burger King get into the grocery business by selling packaged coffees at supermarkets in North America. The new combined business would have about $23 billion in system sales and more than 18,000 restaurants in 100 countries.

"The acquisition also moves the merged company's global headquarters to Canada to take advantage of lower corporate taxes. When the companies disclosed the talks on Aug. 24, it revived debate over American companies shifting their headquarters to other countries in search of lower corporate tax bills. President Barack Obama criticized the practice in July, and his aides said that the administration would take action to stop the trend."

The boards of both companies have approved the deal. One interesting detail: The deal received a $3 billion financing assist from Warren Buffett's Berkshire Hathaway. In a statement, Burger King said the firm will have no hand in managing the new company.

The New York Times shares some insight into how these sorts of deals have worked out in the past:

"Previous attempts at consolidation in the restaurant industry have sputtered. Wendy's and Arby's combined in 2008 but split just three years later. Wendy's also once owned Tim Hortons, but sold it in 2006.

"Darden Restaurants, which owns brands such as Olive Garden and LongHorn Steakhouse, has come under pressure from activist investors, and it sold the Red Lobster chain to a private equity firm this year. In each case, extracting cost savings from a disparate group of brands was easier said than done.

"'The portfolio approach has not worked well in casual dining,' said Lynne Collier, an analyst at Sterne Agee, referring to midprice chain restaurants like those owned by Darden."