Accessibility links
Flight Diverted When Passengers Feud Over Reclining Seat : The Two-Way One man used a $22 device that jammed a fellow passenger's seat. The ensuing fight ended when the woman threw a cup of water at the man and the airline diverted the flight. 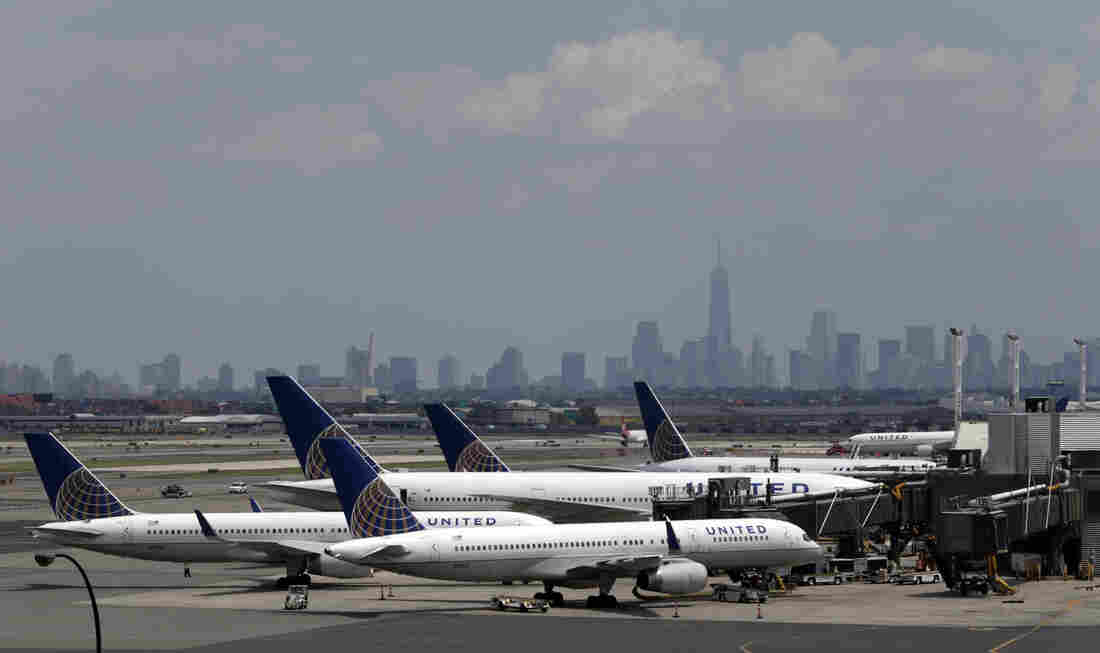 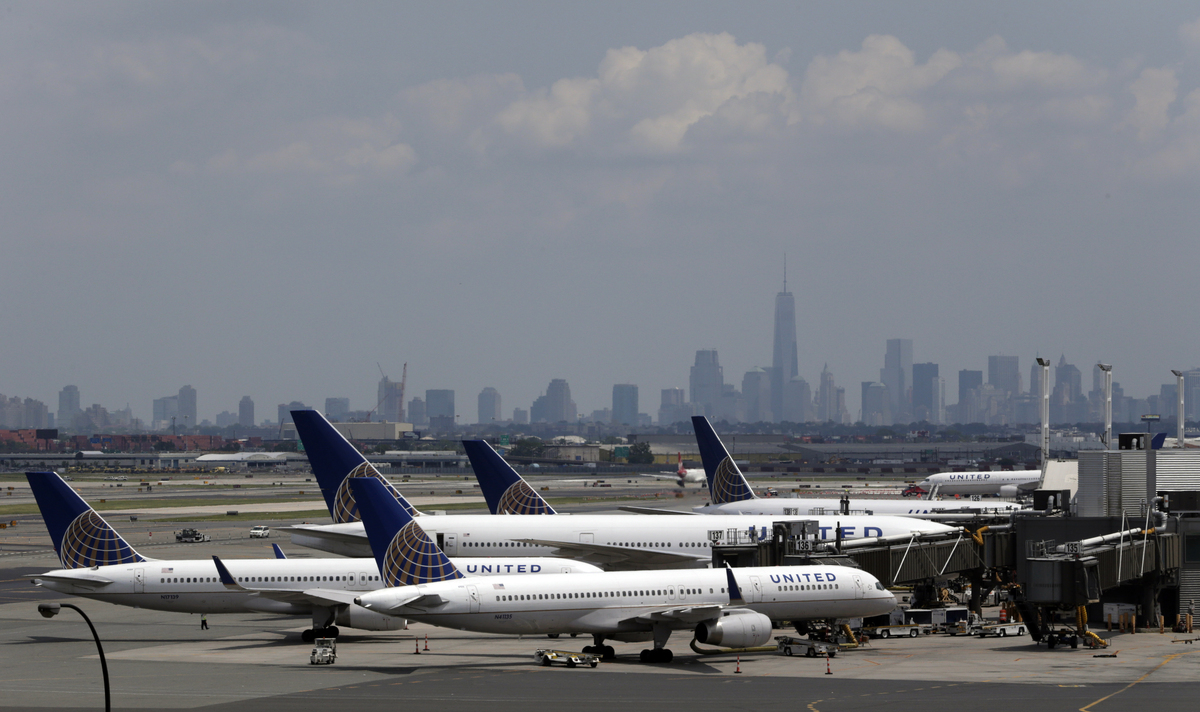 United Airlines jets are seen at the gate at Newark Liberty International Airport.

Flying is already a pain. But a story from the Associated Press Tuesday really brings home the point: The wire service reports that an entire plane was diverted on Sunday after a fight broke out over a passenger's right to recline her seat.

"The spat began on United Airlines Flight 1462 because one passenger was using the Knee Defender, a $21.95 lock that attaches to a tray table and jams the reclining mechanism of the seat in front.

"The male passenger, seated in a middle seat of Row 12, used the device to stop the woman in front of him from reclining while he was on his laptop, according to a law enforcement official who spoke on condition of anonymity.

"A flight attendant asked him to remove the device and he refused. The woman then stood up, turned around and threw a cup of water at him, the official said."

The Denver-bound plane was diverted to Chicago, where authorities talked to the two 48-year-old passengers. The plane — without them onboard — arrived an hour and 38 minutes late.

For the record, the maker of the device tells USA Today this is the first time it has heard of anything like this happening with its product.

We think it's pretty clear who's to blame here, but we want to hear your thoughts. What's worse? Using the Knee Defender or throwing a cup of water at a fellow passenger?