Accessibility links
U.N. Says Assad Regime, Islamic State Are Committing War Crimes In Syria : The Two-Way The report paints a grim picture of a country besieged by a ruthless civil war. All sides are indiscriminately killing and torturing civilians. 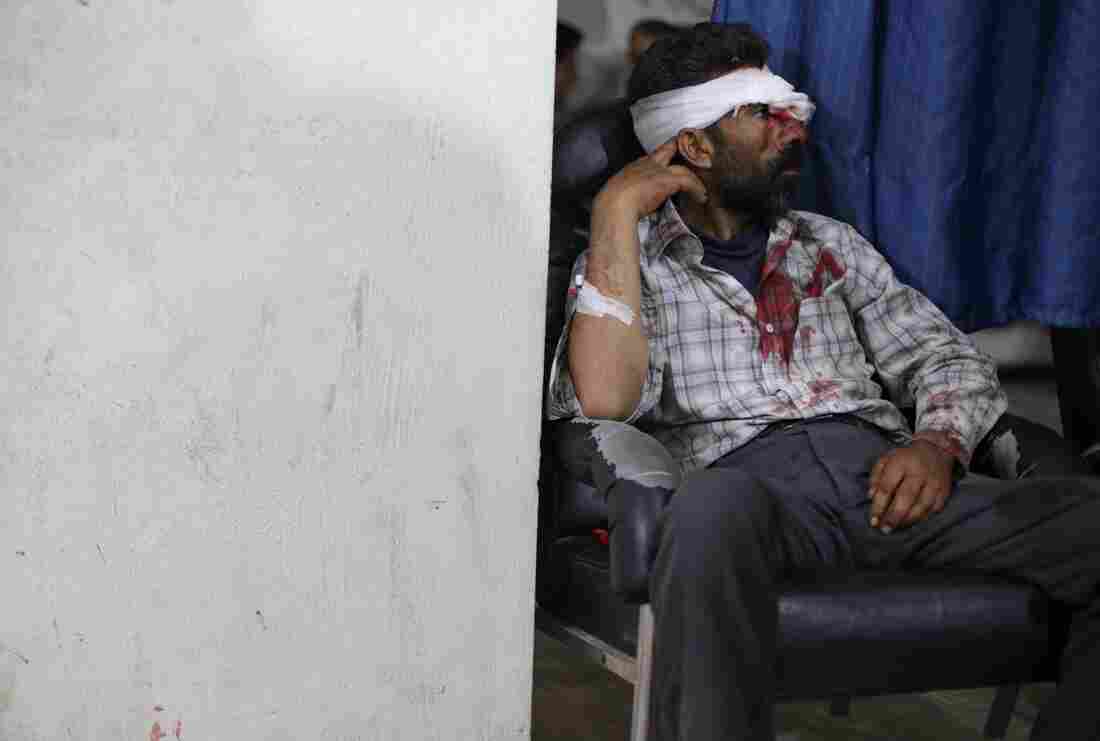 An injured man sits after being treated at a medical center following shelling in the city of Douma, Syria. Abd Doumany /AFP/Getty Images hide caption 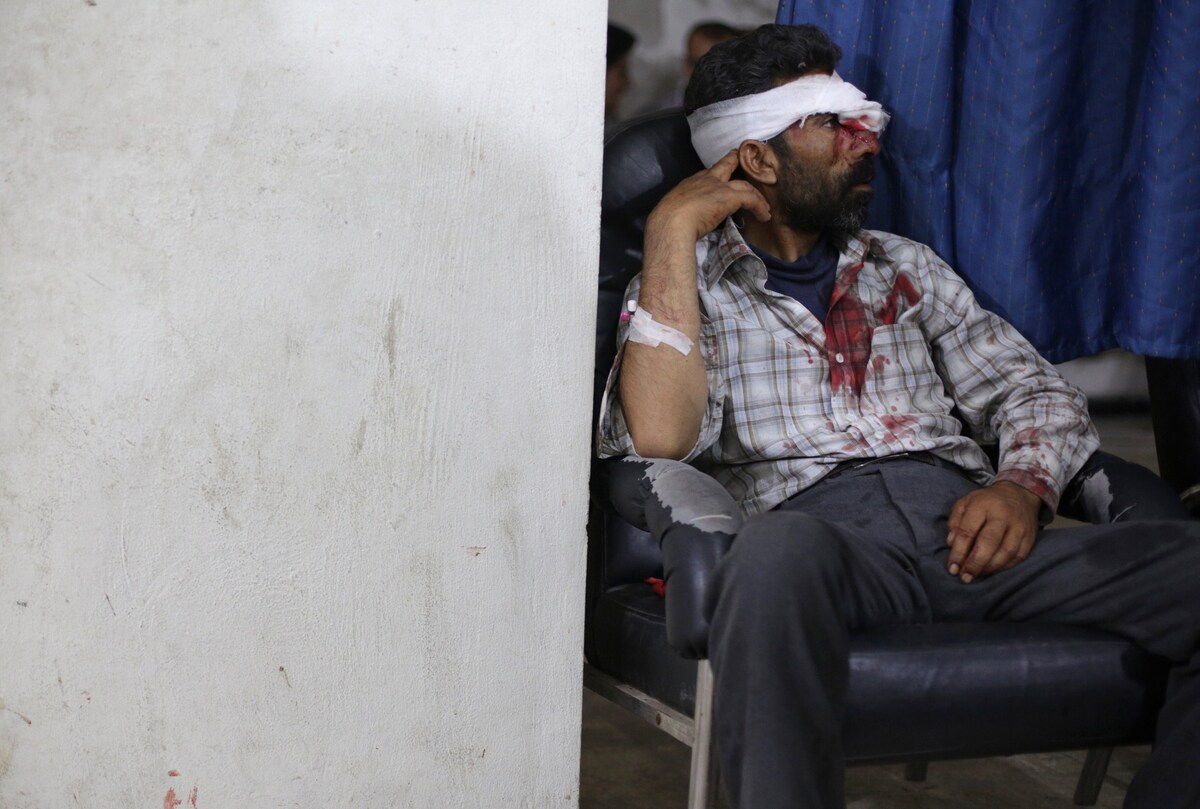 An injured man sits after being treated at a medical center following shelling in the city of Douma, Syria.

A report presented by the United Nations today paints a pretty grim picture of Syria.

It tells the story of a country mired in a ruthless civil war in which all sides are indiscriminately killing and torturing civilians. It presents a laundry list of human rights violations and war crimes undertaken by both the forces of President Bashar Assad and non-state armed groups, such as the Islamic State, that are fighting to topple the regime.

"Syrian government forces have dropped barrel bombs on civilian areas, including some believed to contain the chemical agent chlorine in eight incidents in April, and have committed other war crimes that should be prosecuted, they said in a 45-page report issued in Geneva on Wednesday.

" 'Violence has bled over the borders of the Syrian Arab republic, with extremism fuelling the conflict's heightened brutality,' said the report. ...

" 'Executions in public spaces have become a common spectacle on Fridays in [ISIS power-base] Raqqa and in Isis-controlled areas of Aleppo governorate,' said the commission, which includes former war crimes prosecutor Carla del Ponte. 'Bodies of those killed are placed on display for several days, terrorising the local population.' "

The U.N. report, of course, really highlights the tough position the United States is in. Ever since the violence started, the U.S. has faced pressure to enter the conflict in Syria. Just this week, President Obama authorized surveillance flights over Syria, which some analysts have said opens the door to military action in the country.

Publicly, the United States has said it will not cooperate with Assad in its offensive against the Islamic State.

But there is very little question that if the U.S. launched military action against the militant group in Syria, it would strengthen the position of Assad.

Stars and Stripes does a good job of framing that tension:

"Julien Barnes-Dacey, a Mideast analyst at the European Council on Foreign Relations, said public U.S.-Syria coordination is out of the question politically for the United States and probably for Assad. Despite being strange bedfellows, Assad would probably welcome strikes if they were coordinated between the two governments, Barnes-Dacey said.

" 'Assad's biggest foe today is Islamic State,' and the Obama administration now identifies the group as an instant threat, Barnes-Dacey said. 'That inevitably draws them together in spheres of action.' "