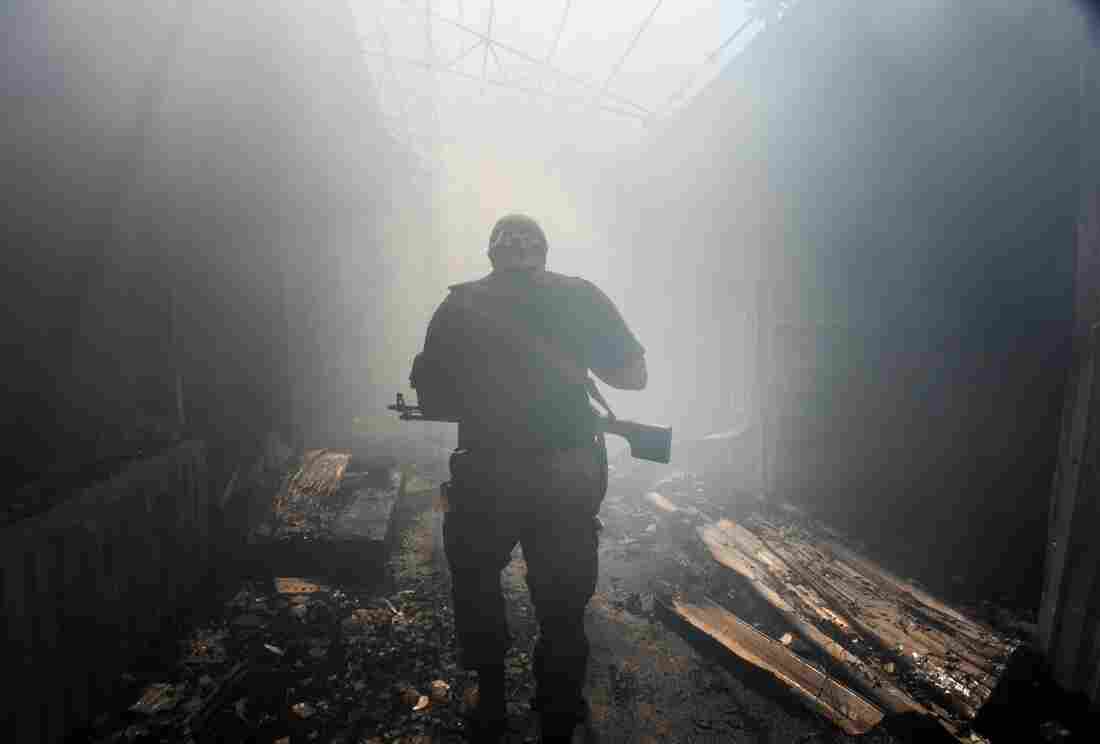 A pro-Russian rebel walks in a passage at a local market damaged by shelling in Petrovskiy district in the eastern Ukrainian town of Donetsk. Mstislav Chernov/AP hide caption 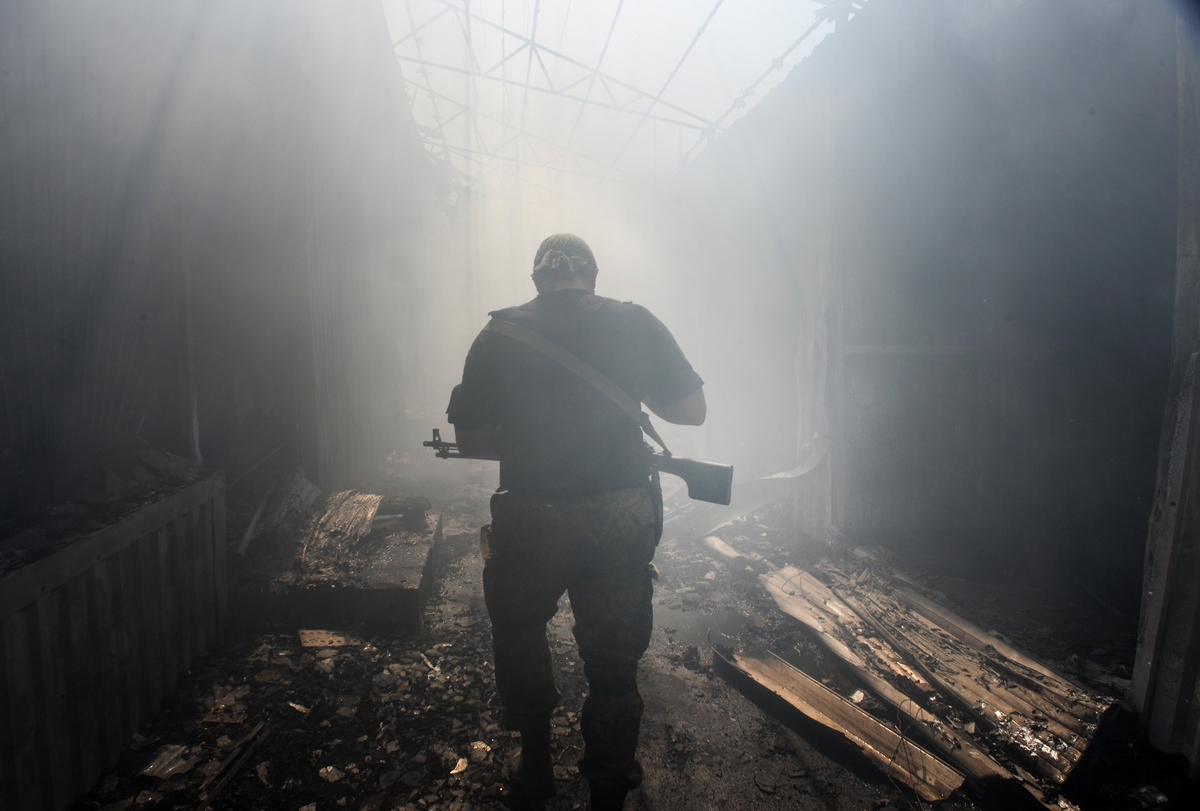 A pro-Russian rebel walks in a passage at a local market damaged by shelling in Petrovskiy district in the eastern Ukrainian town of Donetsk.

Ukrainian Prime Minister Arseniy Yatsenyuk says his government has sent parliament a bill that allows Ukraine to open a path toward membership in the North Atlantic Treaty Organization.

"The main and only goal of Ukraine's foreign policy is to join the European Union," Yatsenyuk said in a statement.

Remember, it was the rejection of a trade deal with the European Union that sparked the protests that ultimately led to unrest and a new government in Ukraine. It's also important to note that membership in NATO means that a member can invoke Article 5, which states that an attack on one member is an attack on all members.

Also, this is all happening just as NATO announced that about 1,000 highly trained Russian troops had been deployed in eastern Ukraine. The Russian army, NATO said, is fighting alongside pro-Russian separatists.

NATO Deputy Secretary-General Alexander Vershbow told Morning Edition that the thinking is that Russia is trying to create a land passage along the southern part of Ukraine into Crimea, which it annexed earlier this year.

Russia has denied that it is taking any direct involvement in Ukraine.

Vershbow said NATO would continue to support Ukraine with its defense reforms and its pursuit to professionalize its military.

Morning Edition's David Greene asked Vershbow if there were more options for NATO.

Vershbow said that at this point, it will be up to individual members of NATO to decide how they want to help Ukraine. The new appeals for help from Kiev, he said, "will require some serious decision-making in NATO capitals."

David asked him if that included military action.