Accessibility links
Volcanoes In Iceland, Papua New Guinea Keep Residents On Edge : The Two-Way Two eruptions a half a world apart have caused evacuations and aviation warnings, but so far no injuries. 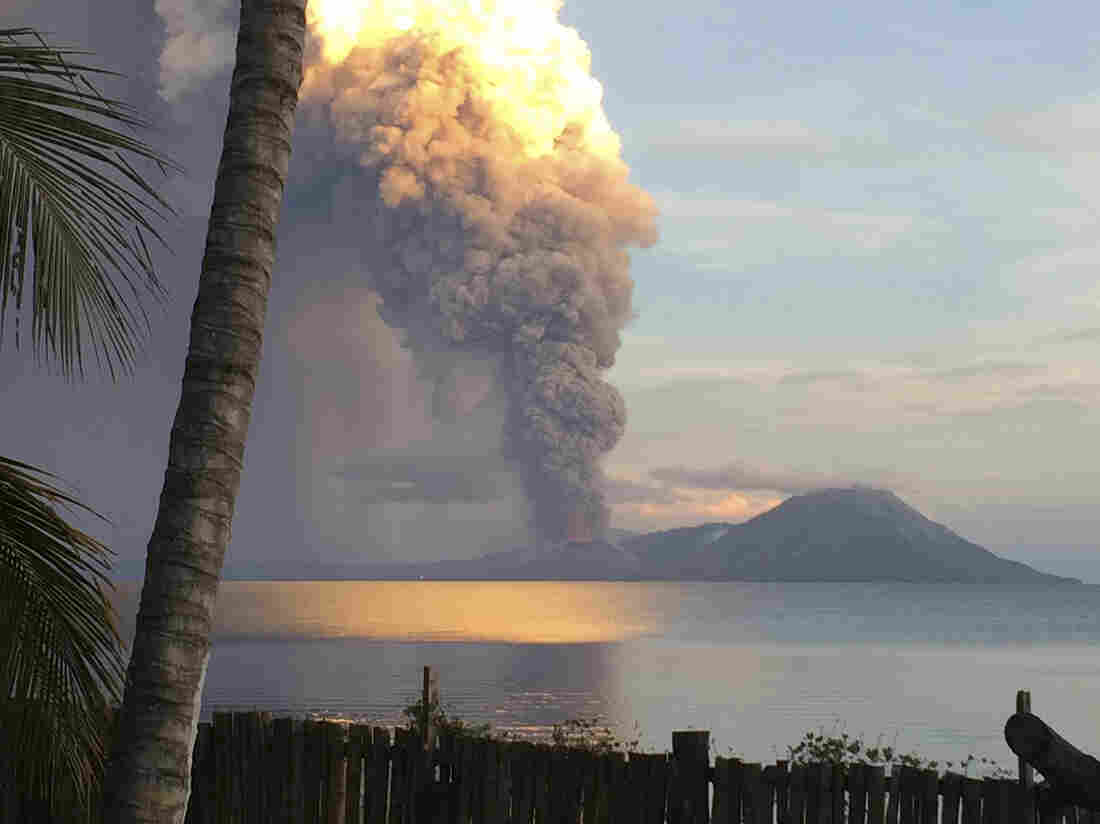 Smoke billows from Mount Tavurvur after an eruption in Kokopo, east New Britain, Papua New Guinea, on Friday. The eruption has caused some nearby residents to be evacuated and some flights to be rerouted. Jason Tassell/AP hide caption 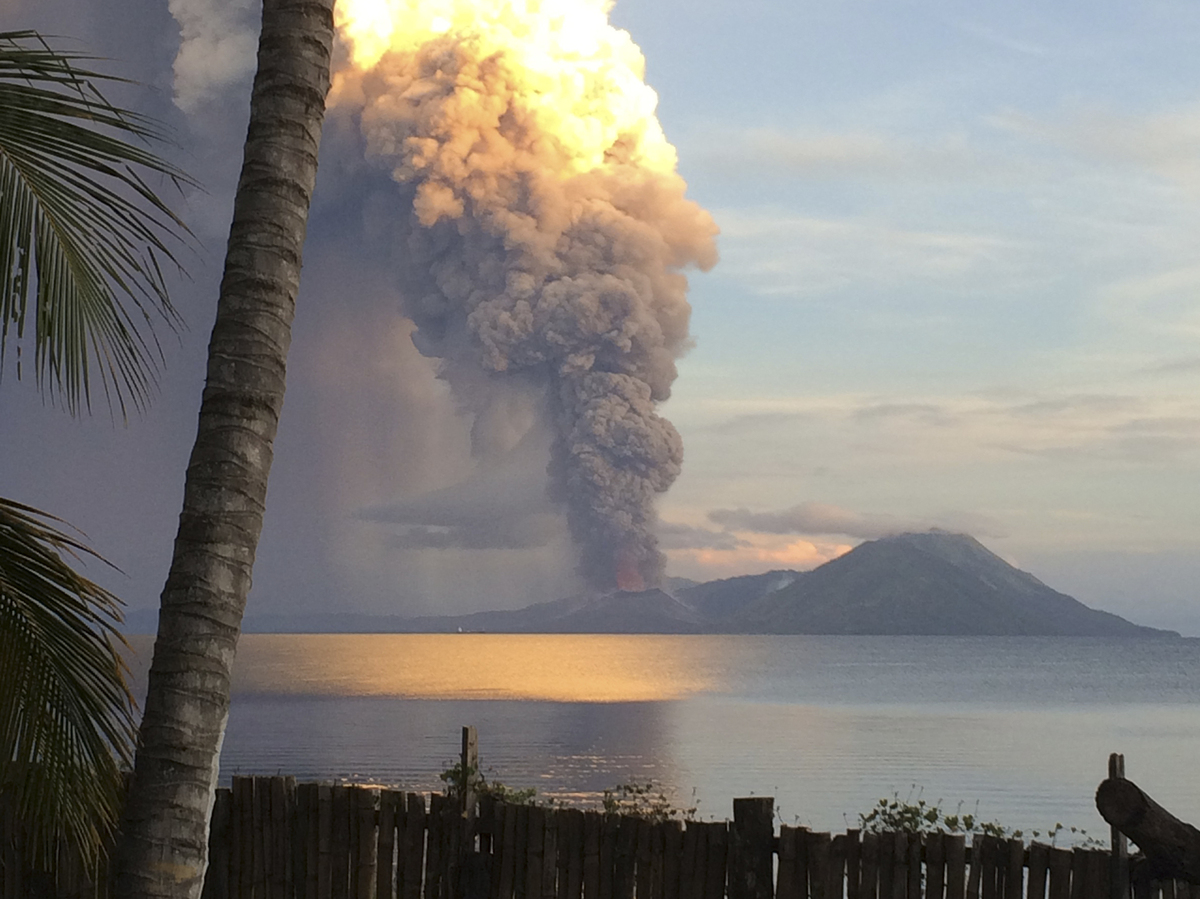 Smoke billows from Mount Tavurvur after an eruption in Kokopo, east New Britain, Papua New Guinea, on Friday. The eruption has caused some nearby residents to be evacuated and some flights to be rerouted.

Two volcanoes half a world apart are causing havoc today: Several flights have been diverted around an eruption in Papua New Guinea, and authorities in Iceland briefly put aviation on highest alert (again) owing to a temperamental Mount Bardarbunga, which has been rumbling for the past week.

Mount Tavurvur on Papua New Guinea's East New Britain island erupted Friday, sending smoke and ash skyward. There have been no reports of injuries, but some residents in nearby Rabaul town were evacuated and others were told to stay indoors after the eruption, which occurred about 3:30 a.m. local time. Qantas, Australia's flag carrier, says it is rerouting two flights from Sydney, one to Tokyo and the other to Shanghai that would otherwise have passed close to the erupting mountain.

David Flinn, a resident of Papua New Guinea, tells Australian Broadcasting Corp. that the volcano was emitting steam and occasionally boomed. Flinn said about half an inch of ash covered surrounding areas, according to The Associated Press.

Australia's International Business Times writes: "The volcano has a record of regular low-level eruptions, but some residents fear that the Friday morning's eruption could be the worst eruption since 1994."

Meanwhile, Iceland briefly raised its aviation alert from orange to red, its highest level, after a fissure eruption at Bardarbunga overnight. The level is now back down to orange. The BBC explains:

"The new alert, the second-highest, means that aviation authorities can now decide if planes may travel over the volcano's airspace.

"The volcano has been hit by several recent tremors."

Iceland Met Office seismologist Martin Hensch said it's impossible to predict how the eruption might develop, and that "one of the concerns is that the fissure opens into the glacier, but presently there is no sign of that happening," according to Reuters. He said the current eruption is 4 to 5 miles from the glacier.

As we reported earlier, the on again, off again concern about Bardarbunga started last week.