Accessibility links
Putin Calls For Talks To Consider Statehood For Southeastern Ukraine : The Two-Way The Russian leader said "substantive, meaningful talks" were needed to decide the outcome in the region, while a spokesman clarified that the region should remain part of Ukraine.

Putin Calls For Talks To Consider Statehood For Southeastern Ukraine

Putin Calls For Talks To Consider Statehood For Southeastern Ukraine 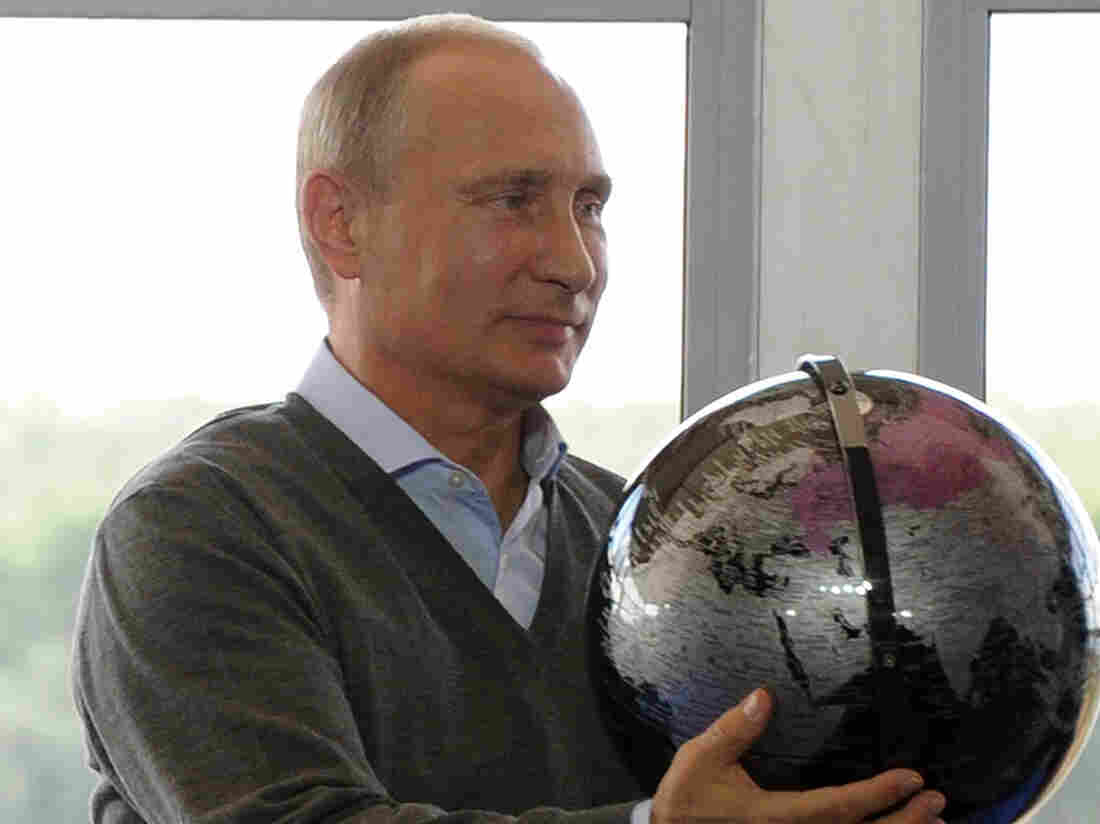 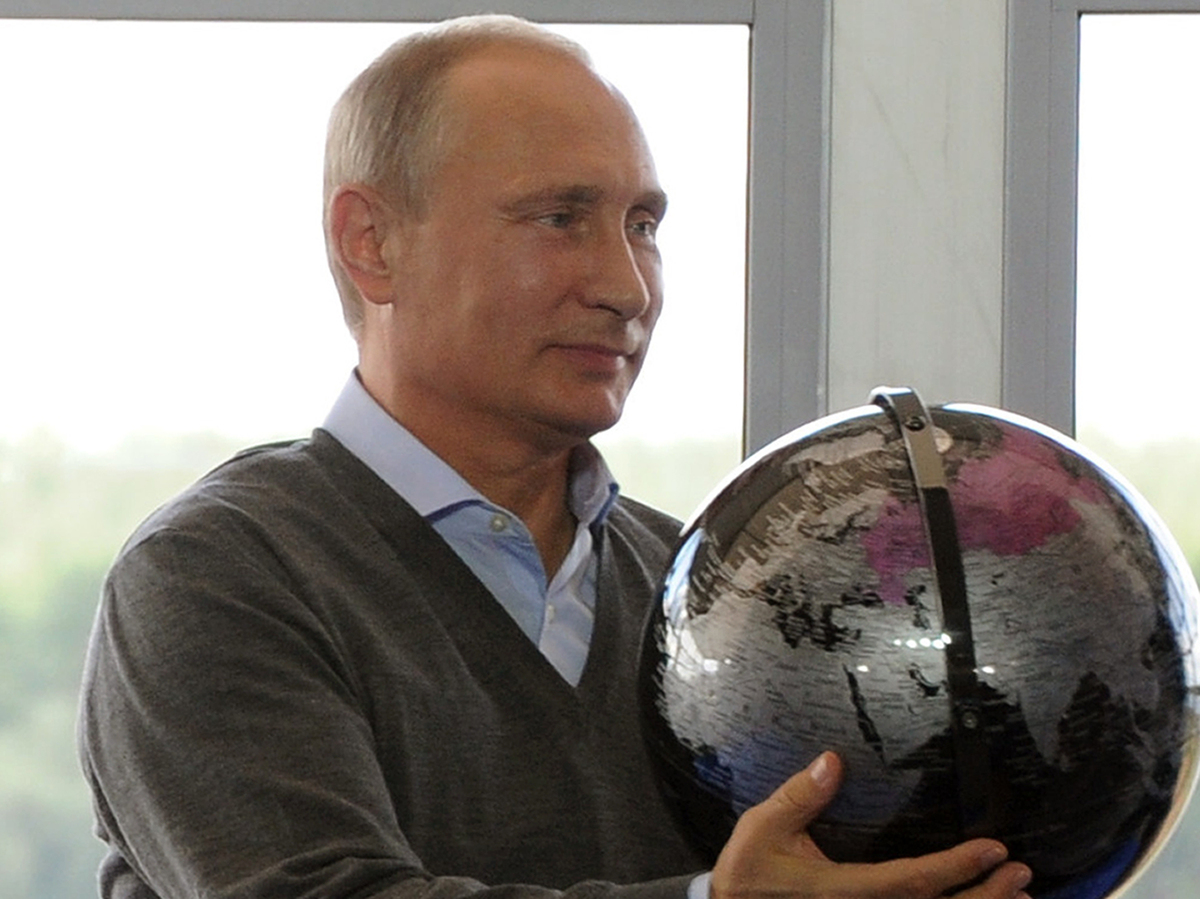 Russian President Vladimir Putin holds a terrestrial globe presented him as a gift in Tver region, Russia, on Friday.

Russian President Vladimir Putin has called for "meaningful talks" to end the separatist conflict in eastern Ukraine, reiterating that the Kremlin, which is said to have allowed thousands of its soldiers to join the rebels, views the situation as an internal dispute.

"Substantive, meaningful talks should begin immediately ... related to the issues of society's political organization and statehood in southeastern Ukraine to protect legitimate interests of people living there," Tass quoted Putin as saying.

Over the weekend, separatists, with the apparent backing of Russian soldiers, captured the city of Novoazovsk in the southern Donetsk region on the coast of the Sea of Azov. As NPR's Soraya Sarhaddi Nelson reports, the move has prompted fears that the city of Mariupol, just west of Novoazovsk, is next in line.

"Asked later about Putin's remarks, his spokesman Dmitry Peskov told reporters in the Russian city of Chelyabinsk: "This is not a conflict between Russia and Ukraine, this is a domestic Ukrainian conflict."

"Pressed on whether Moscow felt that 'Novorossiya' – [or 'New Russia,'] the name the rebels give to the widely Russian-speaking region in dispute - should remain part of Ukraine, Peskov said: 'Of course.'

"'Only Ukraine can reach an agreement with Novorossiya, taking into account the interests of Novorossiya, and this is the only way to reach political settlement,' Peskov said."

The remarks follow an announcement of new European Union sanctions on Russia over its military involvement in Ukraine. The EU said the sanctions, designed to hit a number of sectors of the Russian economy, would go into effect within a week unless Moscow "[withdraws] all its military assets and forces from Ukraine," the European Council said.

Ukraine's President Petro Poroshenko also said Saturday that his nation is "close to the point of no return," and that the next step might be "full-scale war."

Despite Moscow's denials, NATO, citing surveillance and intelligence reports, says there are at least 1,000 Russian soldiers fighting here and the Ukrainians report armored columns coming across the border.

NPR's Soraya Sarhaddi Nelson, reporting from Mariupol, says both the separatists and Kiev's forces are getting ready for an anticipated assault on the strategic port. Its fall would bring the separatists one step closer to a corridor stretching from Russian territory to Moscow's newly annexed Crimean peninsula.

As for the question of Russian involvement, she says, it's clear someone is supplying the rebels:

"The fighters are wearing new military-grade camouflage uniforms and boots. Some carry high-grade Kalashnikovs used by professional soldiers. At least one checkpoint guard has a Russian accent. And a tank we saw looked a lot like a T-72, which the Russians use."

Joseph Dempsey, a military analyst with the International Institute for Strategic Studies, is quoted by the BBC as saying the appearance of late model T-72s on the battlefield in eastern Ukraine is a sure sign of Russian involvement:

"This variant, distinguished by the prominent Kontakt-5 Explosive Reactive Armour (ERA) arrangement - the boxes on the turret front - is commonly referred to by Western sources as the T-72BM.

"It is operated by the Russian Army in large numbers, but crucially it is not known to have been exported or operated outside of Russia."

Soraya spoke to a rebel battalion commander who calls himself "Svat" and says he's a lieutenant colonel with the Ukrainian army reserves.

"Svat is confident his men will take Mariupol because they are better fighters and have a higher morale," she says. "He adds they are prepared to go all the way to the western Ukrainian city of Lviv to create Novorossiya, or New Russia."