Accessibility links
Hong Kong Activists Protest China's Control Of Leadership Vote : The Two-Way People in the former British colony are angered that a vote for the territory's next chief executive will be from a list of candidates hand-pickled by Beijing. 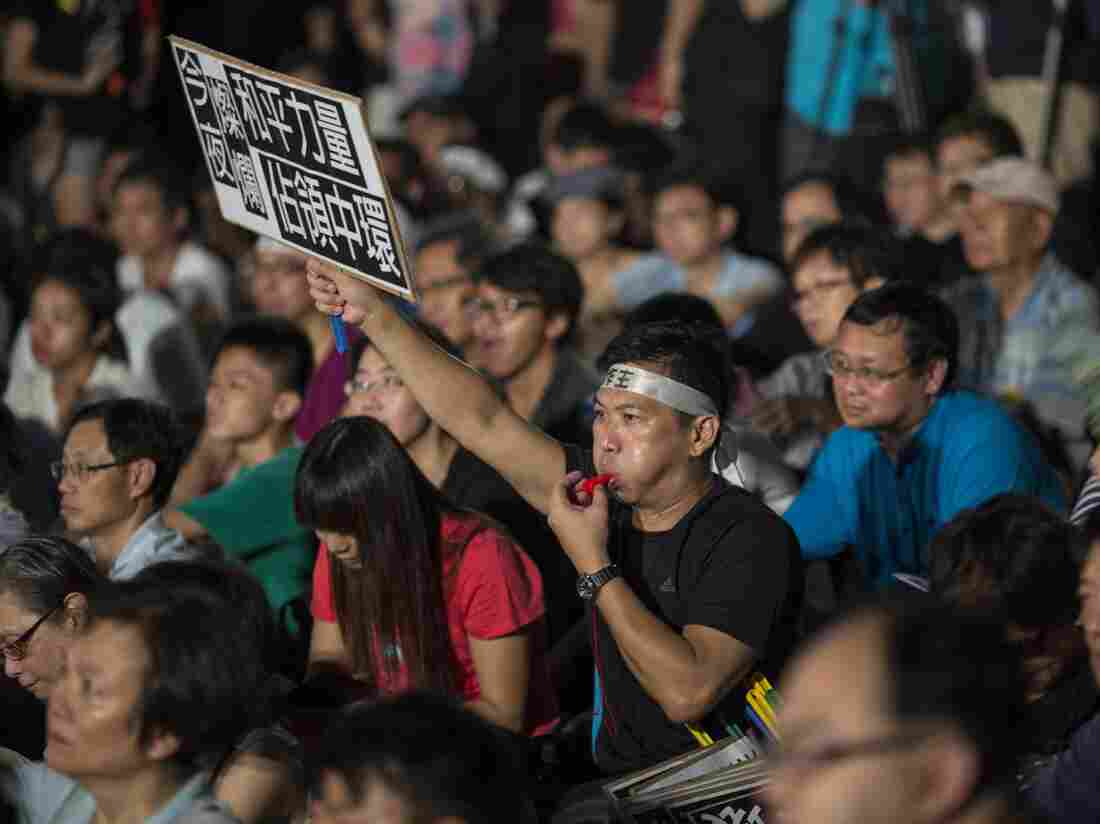 Protesters attend a rally organized by the Occupy Central with Love and Peace movement outside the Chief Executive office in Hong Kong, China, on Sunday. Jerome Favre/EPA/Landov hide caption 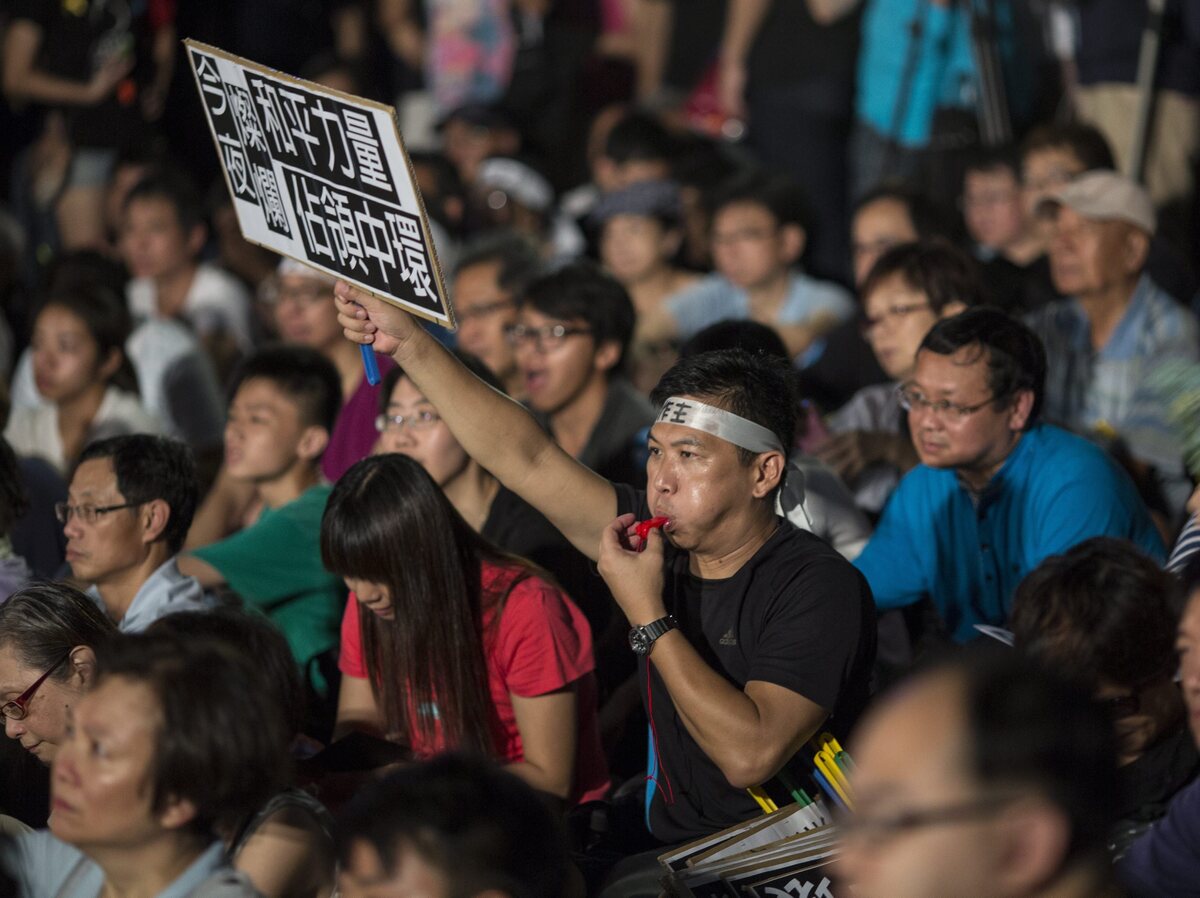 Protesters attend a rally organized by the Occupy Central with Love and Peace movement outside the Chief Executive office in Hong Kong, China, on Sunday.

Pro-democracy activists have taken to the streets in Hong Kong to protest China's rejection of pleas that the territory hold an open election for its next chief executive three years from now.

As NPR's Frank Langfitt reports, the protesters say they will attempt to paralyze the city's financial district with protests after an announcement that gives the territory a vote in 2017, but only from a group of candidates hand-picked by a pro-Beijing committee.

The pro-democracy movement, known as Occupy Central — a reference to the city's main business district — says in a statement that Beijing's approach deprives voters of genuine choice.

"Instead of trying to gain the trust of the people, something governments have always had to do, our central government is now afraid of the people and has lost their trust," the group said in a statement.

Frank says: "Officials in Beijing argue that Western-style democracy is not appropriate for such a huge country as China. Successful, open elections in Hong Kong, which is a former British colony, could make that argument a little harder to make."

The BBC quotes Benny Tai Yiu-ting, co-founder of the Occupy Central protest group, as saying China's move means "the end of any dialogue.

"In the next few weeks, Occupy Central will start wave after wave of action," he said. "We will organize a full-scale act of occupying Central."

A former mainland official has warned that "blood will be shed" if Occupy doesn't back down.

As we noted back in June, a 100,000-strong march in Hong Kong to commemorate the 25th anniversary of the Tiananmen Square massacre was followed soon after by a "white paper" from Beijing that signaled a heavier-handed response to dissent.

Later that month, an unofficial referendum on democracy in the territory garnered more than 780,000 votes over the course of 10 days.

Hong Kong, a former British colony, was returned to Beijing in 1997 in an agreement that made the territory a "special administrative region" of China and was supposed to guarantee a degree of autonomy over its affairs in what the Chinese leadership has described as a "one country, two systems" approach to governance.