Accessibility links
Showboat Casino Is Latest In Atlantic City To Close Its Doors : The Two-Way The casino's closure will be followed today by the shutdown of The Revel. The Trump Plaza Hotel and Casino will likely close Sept. 16. They are casualties of competition from outlets in other states.

Showboat Casino Is Latest In Atlantic City To Close Its Doors

Showboat Casino Is Latest In Atlantic City To Close Its Doors 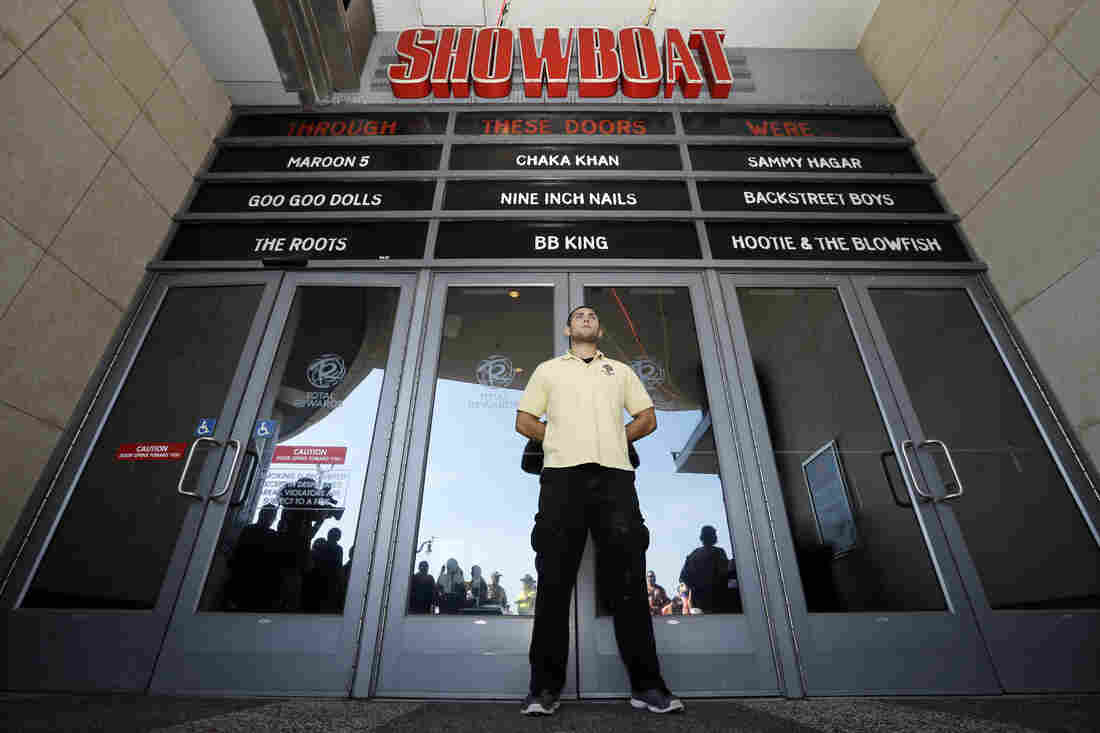 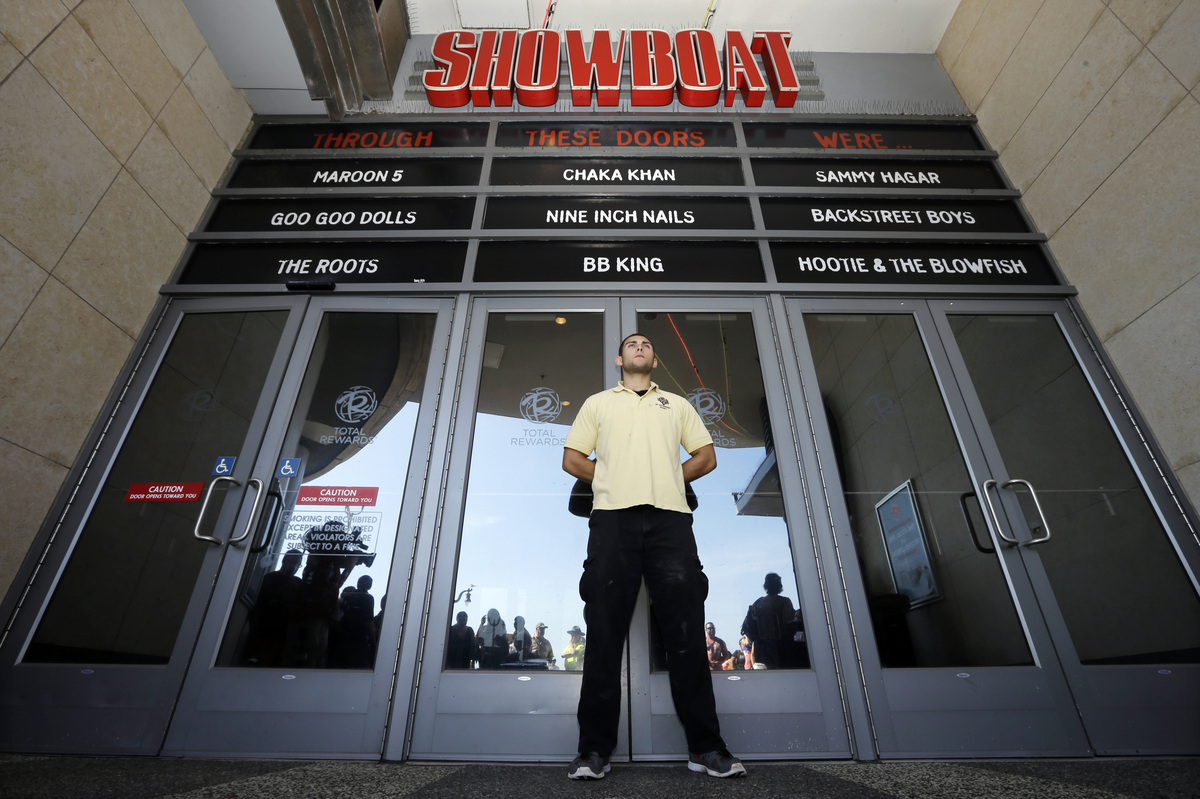 The iconic Showboat casino in Atlantic City closed Sunday, the latest casualty of competition from gambling in other states.

Denise Miller of New Jersey says she was an employee on the first day in 1987 when the Mardi Gras-themed Showboat opened. Although she no longer works there, Miller came down to watch the closed sign hung on the boardwalk entrance.

"I'm upset. I'm angry, because Showboat never went bankrupt," she told WHYY's Emma Jacobs. "It was a good casino, a good place to work and people enjoyed it because it was a big emphasis on customer service. A people place."

The Associated Press reports: "The Showboat's owner, Caesars Entertainment, closed the still-profitable casino to reduce the number of casinos in Atlantic City, which has been struggling with plunging revenue and increased competition in the saturated northeastern U.S. casino market."

The casino's closure will be followed tomorrow by the shutdown of Atlantic City's newest addition: The Revel, which was built at a cost of more than $2 billion. The Trump Plaza Hotel and Casino is expected to close Sept. 16. The Atlantic Club closed in January.

As Alan Greenblatt reported last month, "Atlantic City began the year with a dozen casinos in operation but will may soon be down to eight."

"With competition from other outlets in neighboring states, including casinos operated by Native American tribes, gambling revenue in Atlantic City has plunged by nearly half from its high of $5.2 billion in 2006, although revenues ticked up a bit in June," Greenblatt wrote.

The closures mean job losses for about 8,000 people.