Accessibility links
It Has Been 100 Years Since The Passenger Pigeon Became Extinct : The Two-Way Passenger pigeons were once the world's most abundant bird, but they were also the cheapest protein available. The last passenger pigeon, Martha, died exactly a century ago at the Cincinnati Zoo.

The Flight Of The Passenger Pigeon, Now 100 Years Extinct

The Flight Of The Passenger Pigeon, Now 100 Years Extinct 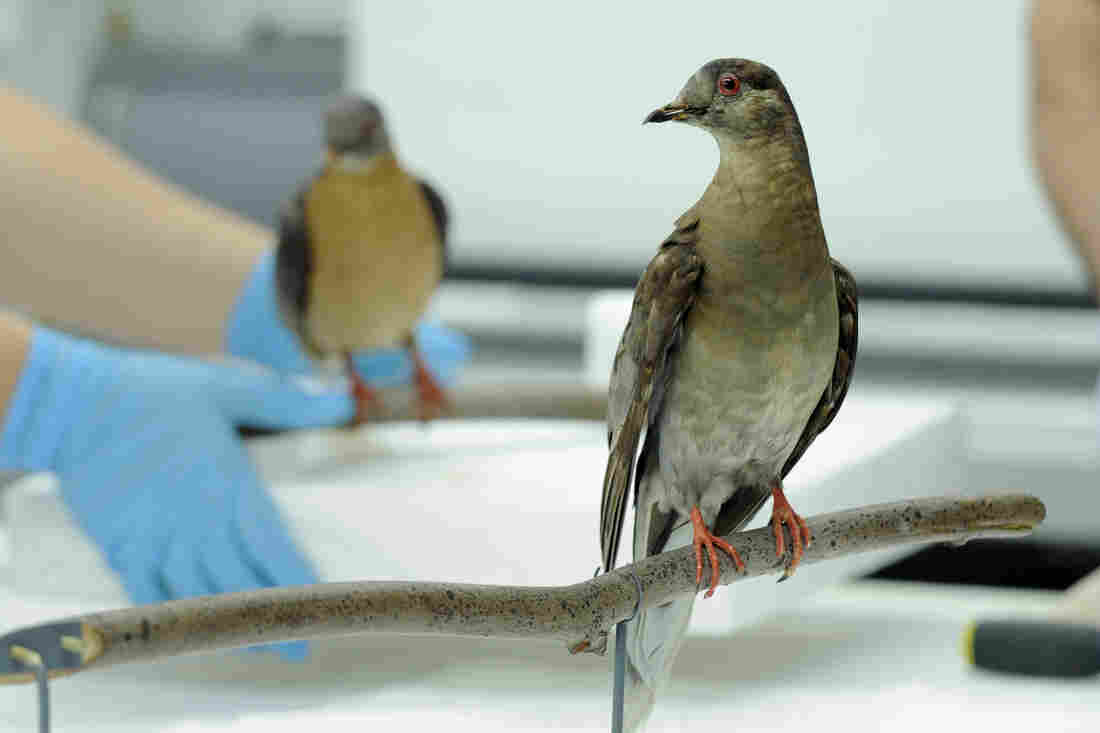 Martha (right), an extinct passenger pigeon, at the Smithsonian's Natural history Museum in Washington. The passenger pigeon was once the world's most plentiful bird. Sept. 1 is the centenary of the bird's extinction. Susan Walsh/AP hide caption 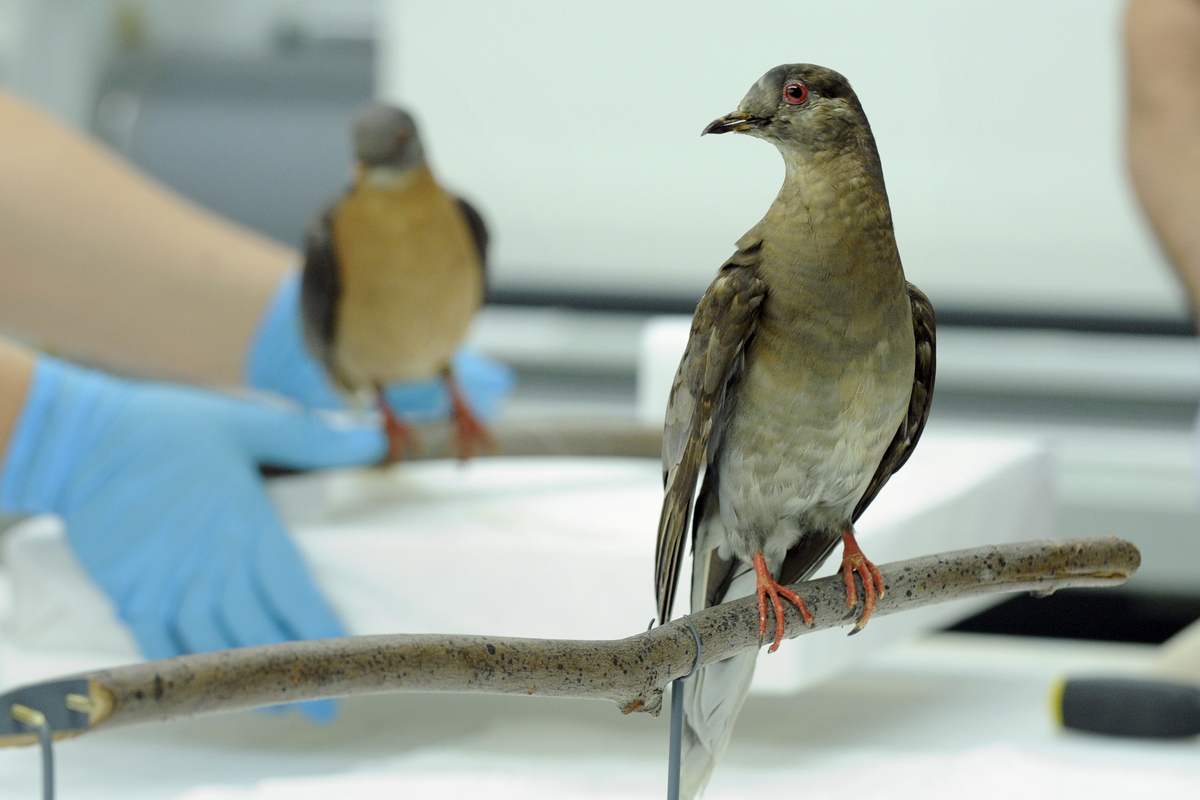 Martha (right), an extinct passenger pigeon, at the Smithsonian's Natural history Museum in Washington. The passenger pigeon was once the world's most plentiful bird. Sept. 1 is the centenary of the bird's extinction.

The Cincinnati Zoo held a commemorative event; the London Zoo stopped the clock outside its bird house at noon. The object of their memorials: Martha, the last passenger pigeon, who died exactly a century ago at the Cincinnati Zoo.

Passenger pigeons were once the world's most abundant birds. Massive flocks of more than 1 million would darken the sky. But, says the London Zoo, "a huge surge in hunting and deforestation saw them rapidly driven towards extinction in just a few decades, with Martha being the last survivor.

"The demise of the passenger pigeon is one of the fastest and most dramatic extinctions ever witnessed, and ultimately caused, by humans."

The Cincinnati Zoo held several events to honor Martha, including renovating the building in which she is believed to have lived.

Bird keepers at London Zoo stopped the clock tower outside the Victorian Bird House at noon, the hour Martha died on Sept. 1, 1914.

We've told you about Martha before. NPR's Rae Ellen Bichell reported in July that Martha, who lived at the Cincinnati Zoo until 1914, was a celebrity.

Joel Greenberg, who has written a book about the birds, recounts a report from Ohio in 1854 when people noticed strange clouds forming on the horizon.

"As time went on it became clear that those clouds were birds," Greenberg told NPR's Bichell. "And as more time passed, they were plunged into darkness. People who had never seen the phenomenon before fell to their knees in prayer, thinking the end times had come. The down-beating of hundreds of millions of wings created drafts. People were cold."

But the birds' tendency to gather in large clusters proved to be their undoing.

"At pennies a piece, they were the cheapest protein on land," NPR's Bichell says. "During migrations, so many would line the trees that sometimes branches would snap right off."

That made the species vulnerable: Hunters used the telegraph to locate the flocks, and that was the beginning of the end. Eventually, there was just Martha. And when she died in 1914, she was encased in a block of ice and shipped to the Smithsonian in Washington where she can still be seen.