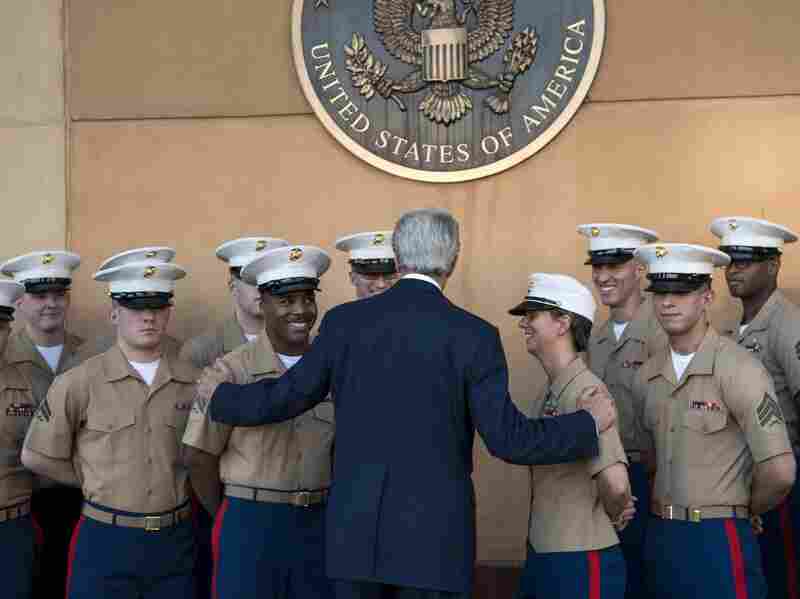 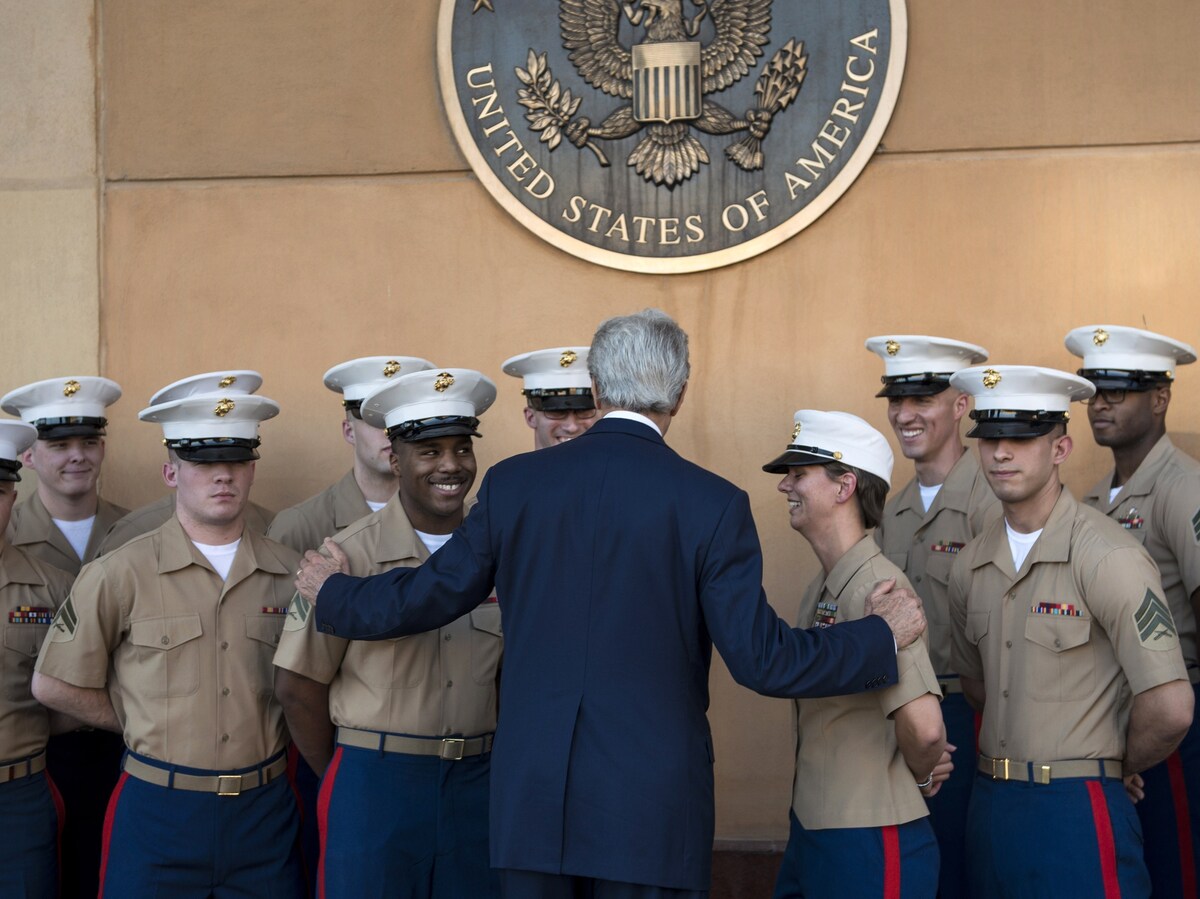 U.S. Secretary of State John Kerry greets U.S. Marines as he arrives June 23 at the American Embassy in the International Zone in Iraq's capital, Baghdad.

The U.S. is adding 350 more troops to help protect the American Embassy in Baghdad and its support facilities in the Iraqi capital.

That raises the number of U.S. forces in Iraq to more than 1,000, officials told The Associated Press on Tuesday.

The additional troops, which were requested by the State Department, will not serve in a combat role.

According to a White House statement, the request that President Obama approved will allow some previously deployed military personnel to depart Iraq, while at the same time provide a more robust, sustainable security force for U.S. personnel and facilities in Baghdad.

The additional joint forces will come from within the U.S. Central Command area of operations and will include a headquarters element, medical personnel, associated helicopters and an air liaison team, a Pentagon statement said.

As we noted Tuesday, "The Islamic State, also known as ISIS or ISIL, had threatened Sotloff's life when it released a video showing the beheading of American journalist James Foley two weeks ago."

Obama is in Estonia to meet with Baltic leaders, and then will attend the NATO summit in Wales, where allies will discuss a strategy against the Islamic State.