Accessibility links
'Justice Will Be Served,' Obama Warns The Islamic State : The Two-Way Speaking in Estonia, Obama said the people who beheaded a second American journalist in Syria will learn that the U.S. does not forget and has a long reach.

'Justice Will Be Served,' Obama Warns The Islamic State

'Justice Will Be Served,' Obama Warns The Islamic State 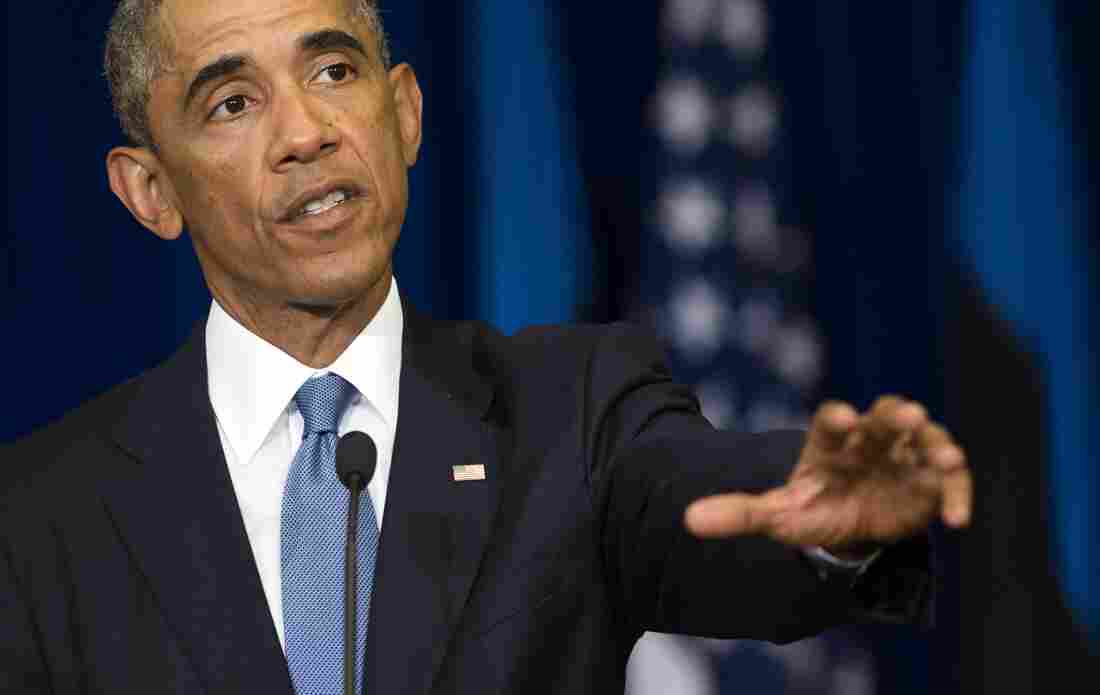 President Obama speaks during a press conference with Estonia's president at the Bank of Estonia in Tallinn on Wednesday. Saul Loeb/AFP/Getty Images hide caption 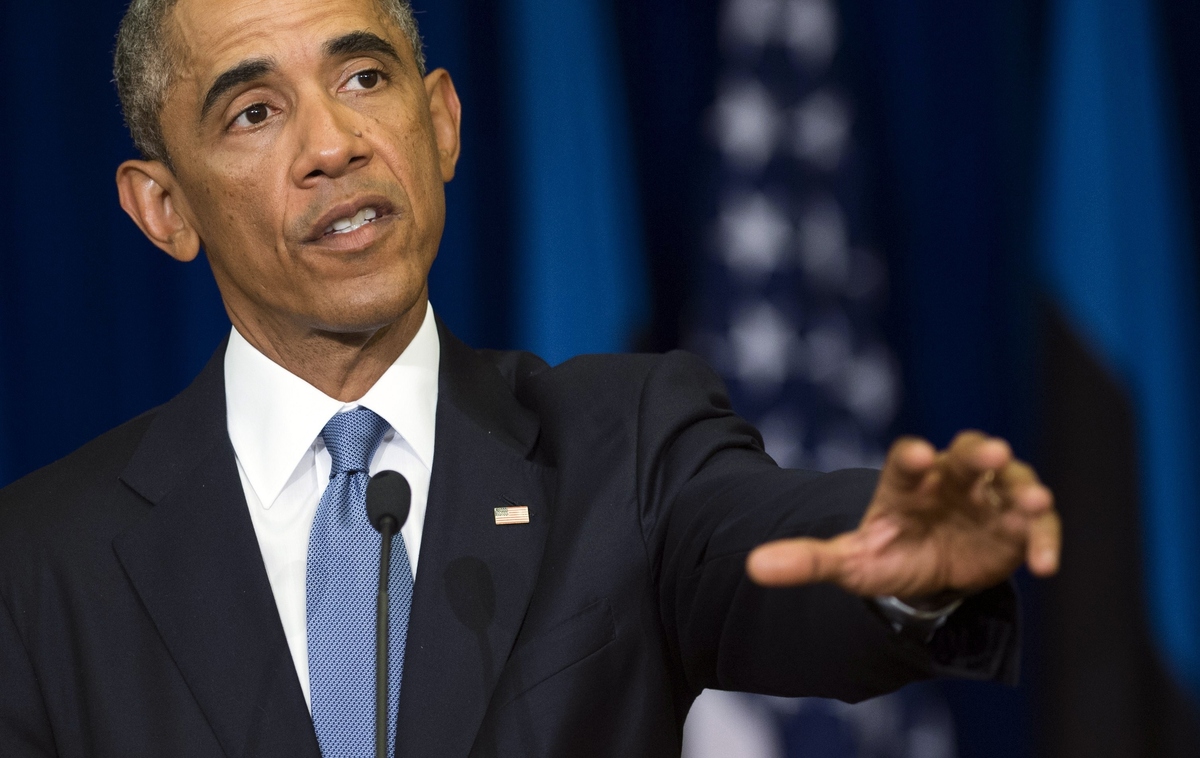 President Obama speaks during a press conference with Estonia's president at the Bank of Estonia in Tallinn on Wednesday.

Speaking in Estonia today, President Obama issued a warning to the extremist group that took responsibility for beheading two American journalists: "We will not be intimidated," Obama said, according to Time. "Those who make the mistake of harming Americans will learn that we will not forget, and that our reach is long, and that justice will be served."

As we reported, the Islamic State released a video Tuesday that showed a militant beheading American journalist Steven Sotloff. Overnight, the U.S. intelligence community came to the conclusion that the video was, indeed, authentic.

Sotloff is the second journalist to be killed by the militant group in Syria. The group released a similar video showing the beheading of James Foley in August.

In his comments today, Obama also sought to clarify his much talked about statement that the U.S. had not formulated a strategy for dealing with the Islamic State, which is also known as ISIS or ISIL.

Obama said the U.S. strategy is not to eliminate the group, but to mitigate the risk it poses.

" 'Our objective is to make sure that [ISIS] is not an ongoing threat to the region,' Obama said. 'And we can accomplish that.'

"The commander-in-chief added that it was unrealistic to expect that the entire organization can be dismantled. 'As we've seen with al Qaeda, there are always going to be remnants that can cause havoc,' he said."

Obama added that his "no strategy" comment referred to Syria specifically, not to Iraq, where the U.S. has been conducting airstrikes against the Islamic State.

Of course, Obama is in Estonia in large part to deal with another crisis: the standoff between Ukraine and pro-Russian militants.

On that front, Obama said the U.S. had an "unwavering commitment" to NATO. His visit, the AP reports, is meant as a show of support for NATO allies "anxious about Russia's aggression in Ukraine."

"Obama also announced the U.S. would send more Air Force units and aircraft to the Baltics, and called Estonia's Amari Air Base an ideal location to base those forces. Standing shoulder to shoulder with Estonian President Toomas Hendrik Ilves, Obama ticked through a list of U.S. military resources already at work in the region, and said the U.S. has a duty under the NATO charter to the alliance's collective defense.

" 'It is unbreakable, it is unwavering, it is eternal. And Estonia will never stand alone,' Obama said in Tallinn, Estonia's port capital.

"Obama's firm words came as NATO nations were preparing to commit to a more robust rapid-response force for the region, in response to Russia's incursion in Ukraine. Moscow's moves have sparked fears among member states on NATO's eastern flank that they could be Russian President Vladimir Putin's next target."

"When people harm Americans, we don't retreat," Biden said during a speech at a Naval shipyard in New Hampshire. "They should know we will follow them to the gates of hell until they're brought to justice, because hell is where they will reside."