Accessibility links
Obama: Our Goal Is To 'Dismantle' The Islamic State : The Two-Way After meeting with allies, the president said he found conviction that it was the responsibility of the international community to "degrade and ultimately destroy" the militant Sunni group.

Obama: Our Goal Is To 'Dismantle' The Islamic State

Obama: Our Goal Is To 'Dismantle' The Islamic State 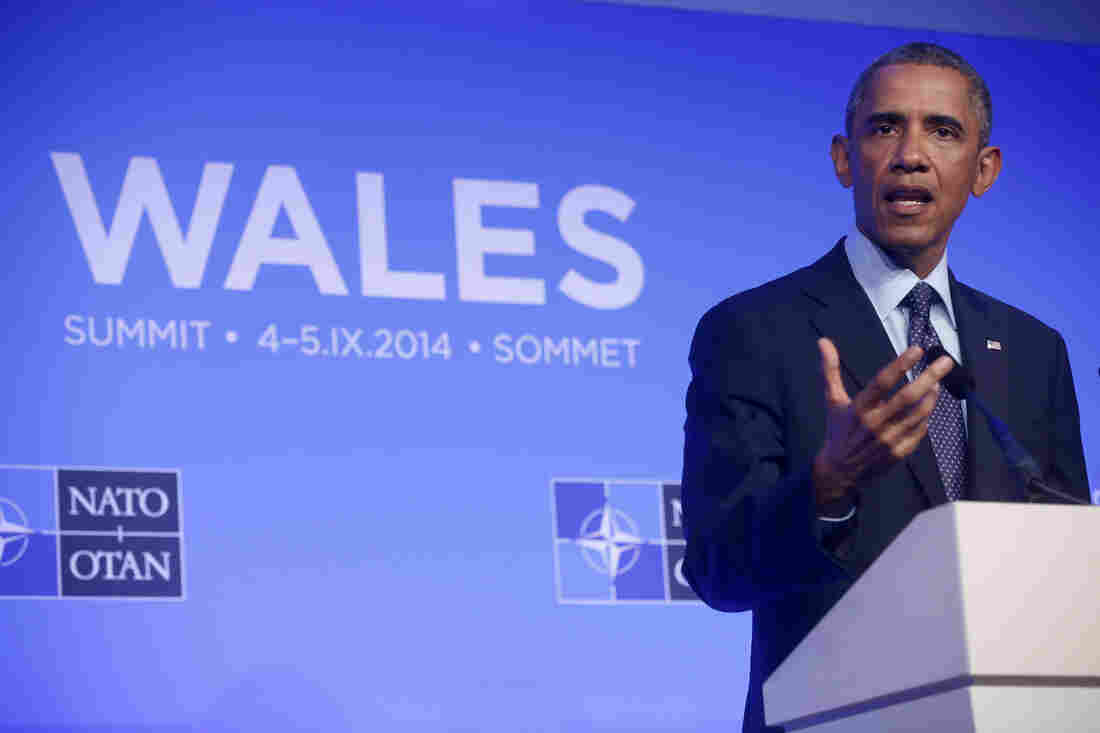 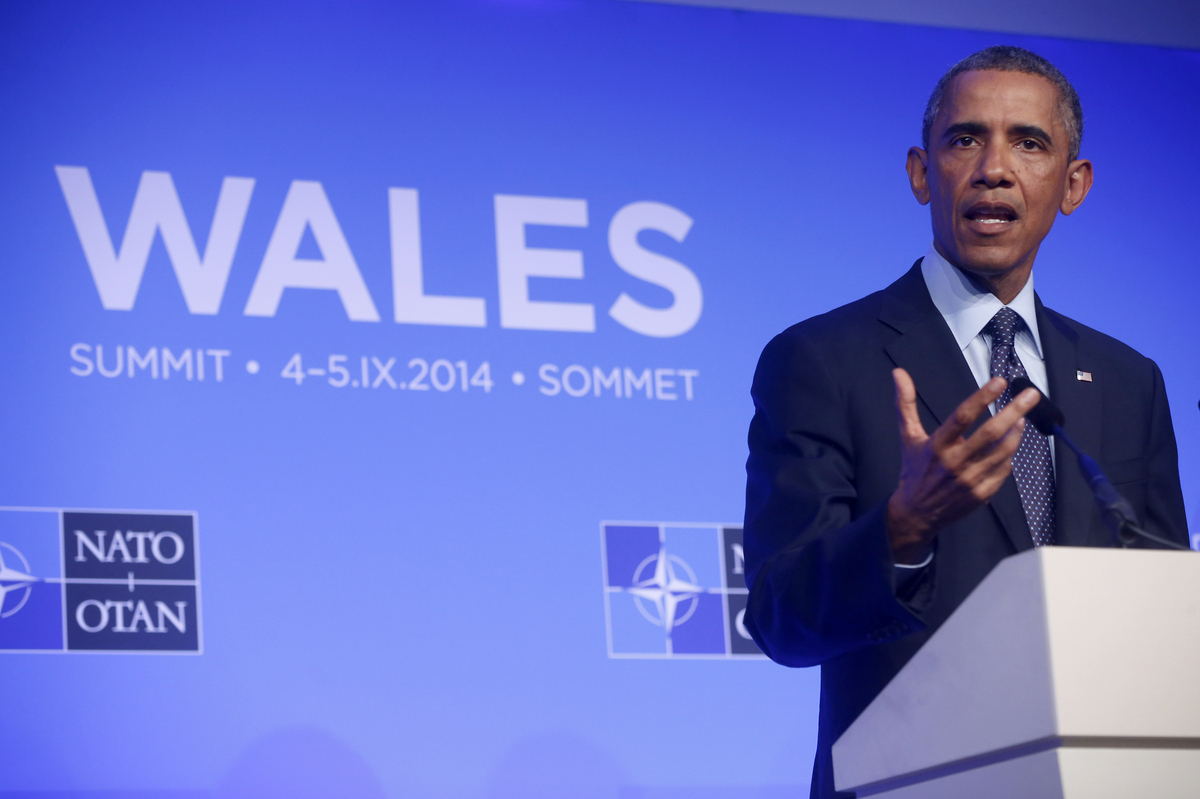 President Barack Obama speaks at a news conference at the NATO summit at Celtic Manor, Newport, Wales, on Friday.

During a press conference to mark the end of a two-day meeting of the North Atlantic Treaty Organization in Wales, President Obama said he found "conviction" among U.S. friends and allies that the international community must "degrade and ultimately destroy" the Islamic State.

Obama said the militant Sunni group cannot be contained because it is already causing so much damage.

"What we can accomplish is to dismantle this network, this force that has claimed to control this much territory, so that they can't do us harm and that is going to be our objective," Obama said. "And I'm pleased to see that there is unanimity among our friends and allies in accomplishing that goal."

As we reported earlier, the United States and nine of its allies met on the sidelines of the NATO meeting to form a coalition intent on fighting the Islamic State, also known as ISIS or ISIL.

President Obama also spoke about NATO and about the crisis in Ukraine. Here are a few highlights:

-- Obama said the U.S. was "hopeful, but based on past experiences also skeptical" about the brand new cease-fire that took effect today in Ukraine.

-- The President said the United States' European partners are meeting to finalize new sanctions on Russia. The cease-fire, he said, should not stop those new sanctions from going into effect.

Going through with them, he said, presents "a more likely way for us to ensure that there is follow through."

-- Obama said the only reason there's a cease-fire deal today in Ukraine is "is because of the sanctions that have already been applied [against Russia] and the threat of further sanctions."

-- Obama also reiterated that Article 5 of the NATO treaty is a "binding treaty obligation. It is not negotiable."

"We will defend every ally," Obama said.

-- On the domestic front, Obama was asked whether he would take executive action on immigration reform.

Obama said he would prefer it if Congress acts but that "in the absence of congressional action, I intend to take action."

The president did not give any indication as to the timing other than to say that he would be "making an announcement soon."