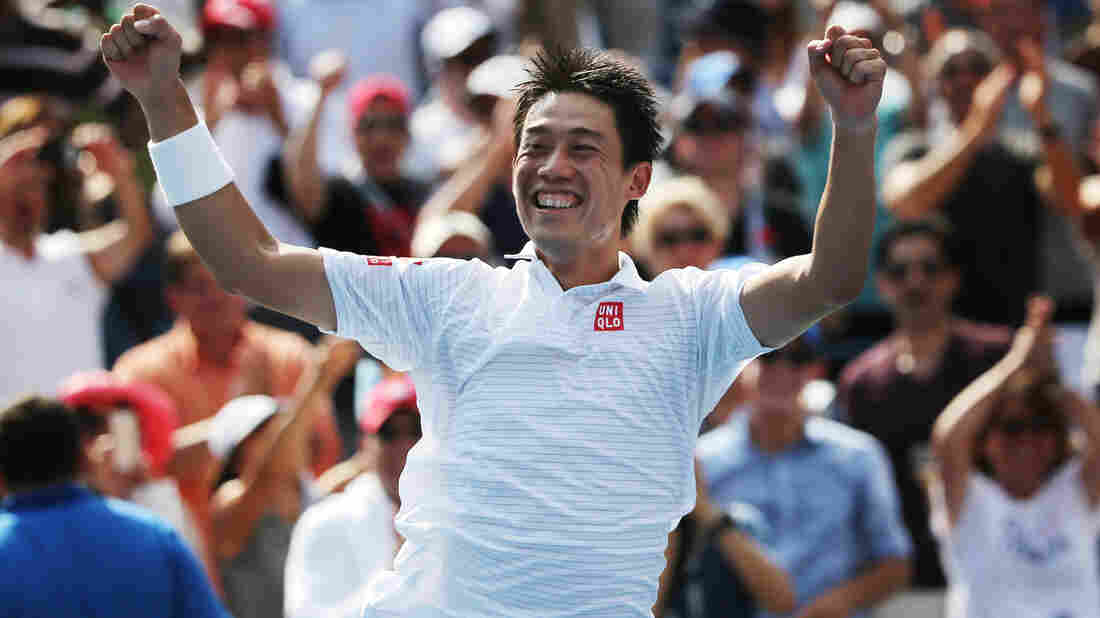 Kei Nishikori of Japan reacts after defeating Novak Djokovic of Serbia to reach the finals of the 2014 U.S. Open. Mike Groll/AP hide caption 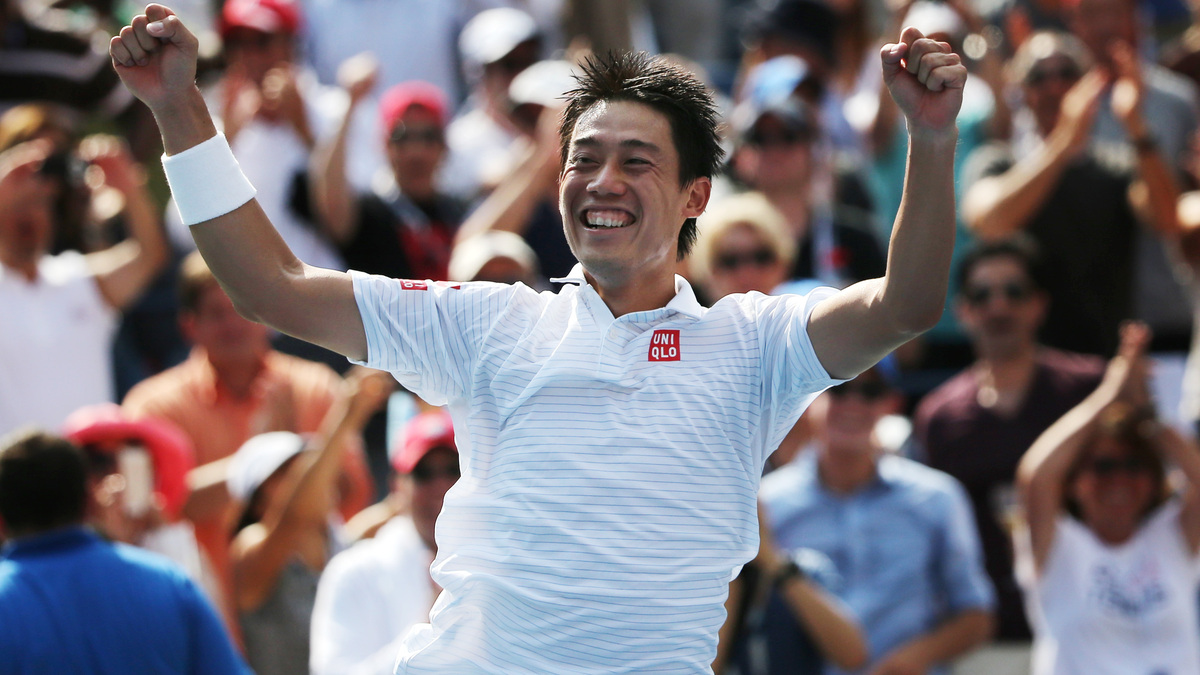 Kei Nishikori of Japan reacts after defeating Novak Djokovic of Serbia to reach the finals of the 2014 U.S. Open.

After dispatching world No. 1 Novak Djokovic in four sets Saturday, Kei Nishikori put a buzz into the U.S. Open crowd in New York and put himself into the history books, becoming the first Asian man to reach a Grand Slam tennis final. Saturday's match was also the first elite semifinal he'd reached.

In the final, Nishikori will meet Marin Cilic of Croatia, who defeated Roger Federer in the other semifinal. Cilic, the 14th seed, beat second-seed Federer 6-3, 6-4, 6-4.

The men's final is scheduled for Monday at 5 p.m. ET.

Nishikori broke Djokovic's serve to start the fourth set and head to a 6-4, 1-6, 7-6, 6-3 victory, pulling off the upset. The pivotal break came after he had held on to take a third-set tiebreak despite a rally by Djokovic. Earlier in the match, Nishikori, 24, had hinted he was ready to surprise Djokovic when he broke the world's top player's serve to take a 4-3 lead in the first set. He did it on the strength of a return winner that zipped down the sideline.

According to the Association of Tennis Professionals, Nishikori now owns a career 2-1 edge over Djokovic, having beaten him in 2011. His latest win comes in a tournament in which Djokovic had only dropped one set before Saturday, the ATP says.

Nishikori's progress at the Open has been big news in Japan, a country that saw its last male semifinalist in a Grand Slam event at 1933's Wimbledon, according to the ATP. Today's win quickly made headlines in Japan.

"I feel the support from Japan, even from the TV," he said after the nearly three-hour match. "It's 4 o'clock in the morning [there], but I hope a lot of people are watching."

As today's win illustrates, Nishikori has far surpassed the goal he had when he came to train in the U.S. 10 years ago. A U.S. Open website story notes that his initial aim was to surpass the No. 46 world ranking of Shuzo Matsuoka, and become the highest-ranked Japanese player in history.

For those of you who recall the career of retired Thai tennis star Paradorn Srichaphan, we'll note that while he became the first Asian man to reach the top 10 in the world rankings, he never reached a final in a Grand Slam event.

The U.S. Open women's final is scheduled to begin at noon, ET, on Sunday, pitting world No. 1 Serena Williams against former world No. 1 Caroline Wozniacki of Denmark.