Accessibility links
China's Alibaba Could See $155 Billion Valuation In U.S. IPO : The Two-Way Preparing for its initial public offering, e-commerce company Alibaba estimates its stock will sell for $60 to $66 a share. The retailing giant will be listed on the New York Stock Exchange. 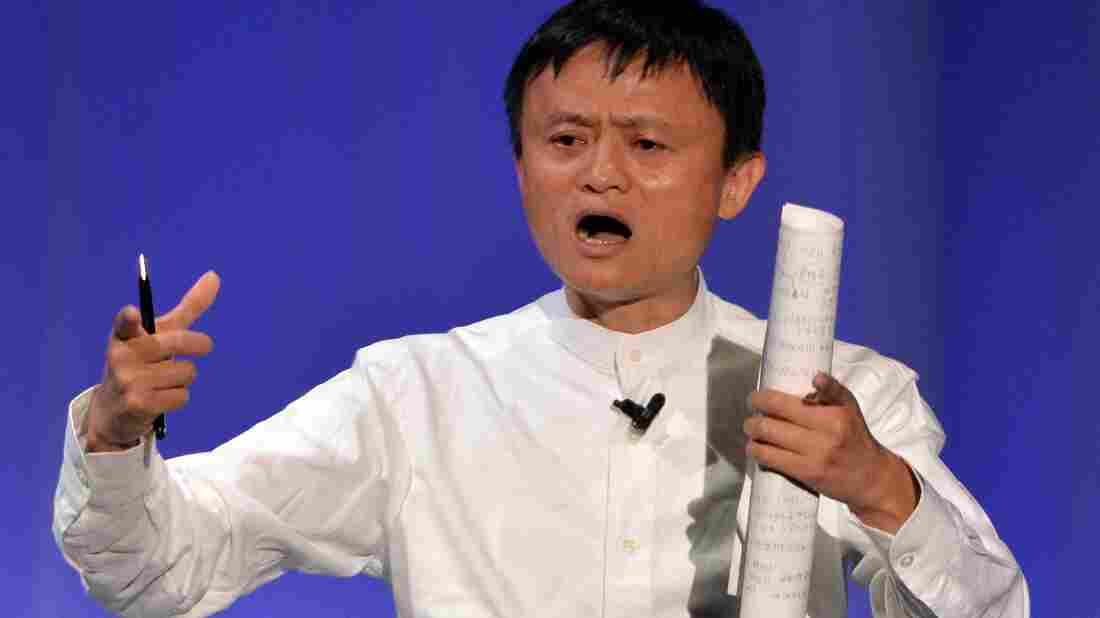 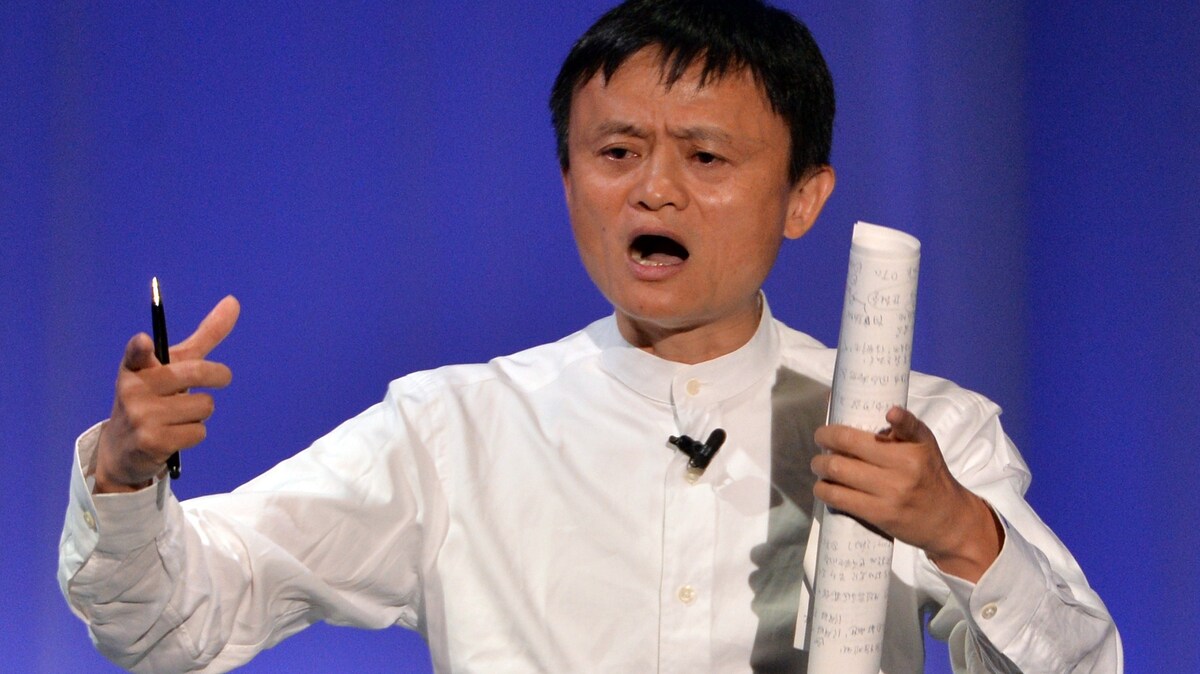 Alibaba Group chairman Jack Ma delivers a speech during the Softbank World 2014 annual forum in Tokyo in July. Alibaba is preparing for a multi-billion-dollar stock offer on the New York Stock Exchange.

Preparing for its initial public offering, e-commerce company Alibaba estimates its stock will sell for $60 to $66 a share. The retailing giant will be listed on the New York Stock Exchange, in what's expected to be one of the biggest IPOs ever.

"Alibaba says that it expects to raise about $24 billion in the IPO — and yeah, that would be the biggest. More than Google, Facebook, Visa — the heavyweights.

"That puts the valuation at around $155 billion, which is less than those other companies are at right now.

"It's common for companies to value themselves a bit lower than expected to drum up some momentum, and to get that coveted pop on the opening day of selling — which is expected in about two weeks."

We'll note that the $155 billion figure reflects the middle of Alibaba's estimates; if its stock price goes to the high end of its estimate, at around $66, its valuation would rise above $160 billion — roughly the same as the market capitalization of Amazon.com, according to The Wall Street Journal, citing data from earlier this year.

When Alibaba announced its intention to go public in the U.S. back in May, some analysts said the company was worth more then $200 billion.

The Chinese company is often compared to Amazon — but as the Journal notes in a recent special feature, Alibaba's business also includes other elements, making it "a marketplace, a search engine and a bank, all in one."

In a report this weekend, The New York Times discusses how Alibaba got so big and so successful. Much of the credit goes to its founder, Jack Ma, 49:

"Under his leadership, Alibaba has become not just the dominant force in China's e-commerce but also a symbol of the country's breathtaking economic rise. The company has 250 million active buyers in China, and its orders account for more than 60 percent of all package deliveries in China."