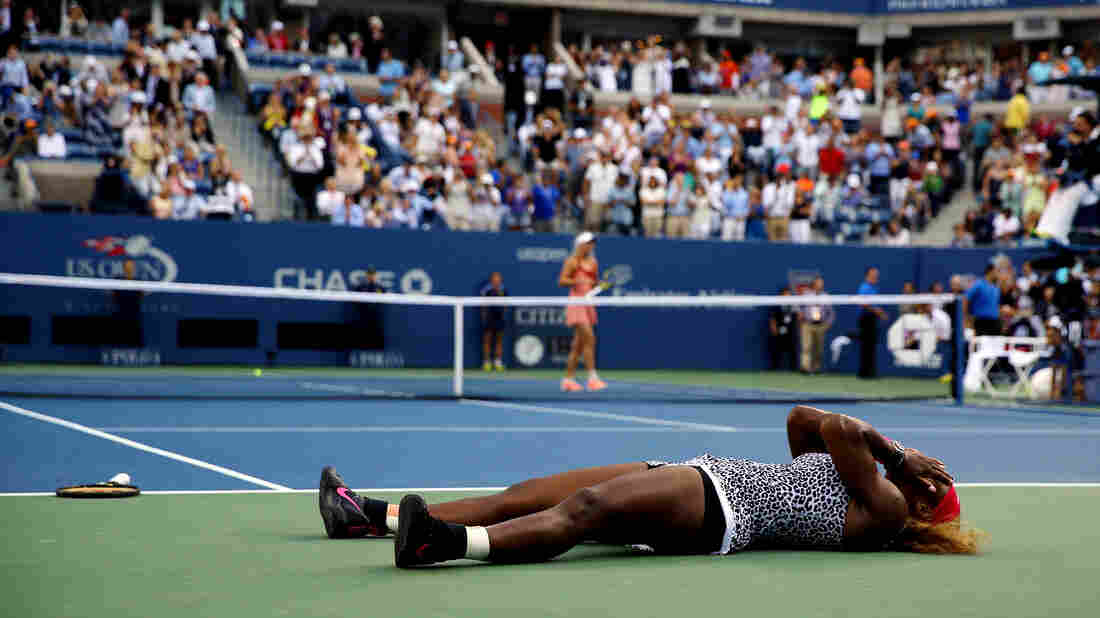 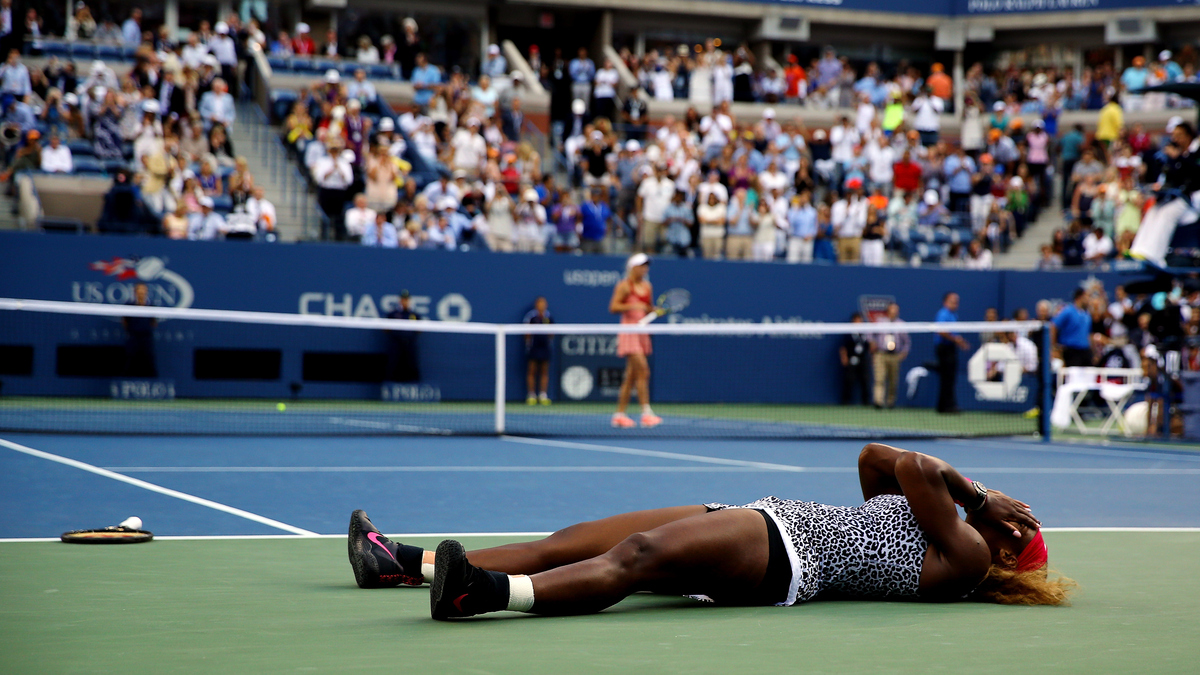 Serena Williams reacts after defeating Caroline Wozniacki of Denmark to win their women's singles final match of the 2014 U.S. Open on Sunday. The win was Williams' 18th Grand Slam title.

When Serena Williams and Caroline Wozniacki faced off Sunday, the current and former world No. 1 players were both trying to make their own brand of history. For Williams, it was a chance to match Chris Evert and Martina Navratilova; for Wozniacki, a win would have brought her first Grand Slam title.

But Williams, who has been dominating this tournament, did not slow down and quickly took the first two sets 6-3, 6-3.

Williams' momentum in the tournament saw her not giving up a single set in a quest to take the last big title of 2014. The U.S. Open summary describes her dominance heading into the match: "she's won 80 percent of her first serve points, gotten in 76 percent of her returns and broken her opponents 29 times while losing her serve on just six occasions."

The final was played on Arthur Ashe Stadium court in New York.

The U.S. Open was the only Grand Slam final this season for Serena Williams, who was bounced early at the French Open and Wimbledon and lost in the fourth round of the Australian Open.

This is also Williams' third consecutive U.S. Open title — and the prize money sets a record for any athlete in pro tennis.

For Wozniacki, 24, the U.S. Open brought a chance to win her first Grand Slam title and give new authority to a career in which she's been seen as incapable of winning the big tournaments, despite owning the world's No. 1 ranking for 67 weeks in 2010 and 2011.

Since falling to No. 18 in the world, the Danish star has been on a comeback, starting this tournament ranked 11th — and making some observers draw a connection between Wozniacki's recent slump and her relationship with golfer Rory McIlroy, which ended in the spring. There's even a chart.

Earlier Sunday, the Bryan brothers – American doubles team Bob and Mike Bryan — beat the Spanish team of Marc Lopez and Marcel Granollers, 6-3, 6-4, for their 100th career title and their 16th Grand Slam win, extending their own record as a team.

The win brings the Bryans, 36, their fifth U.S. Open championship, tying them with the team of Richard Sears and James Dwight for most U.S. national doubles titles. (As you might recall, Sears and Dwight helped define American tennis in the 1880s).