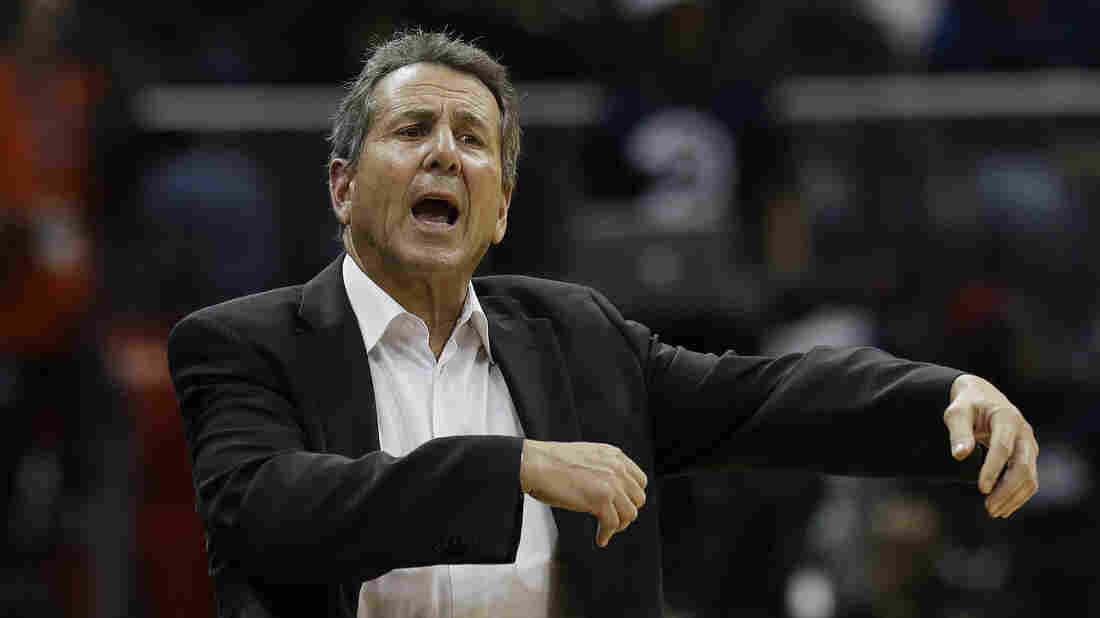 Bruce Levenson, seen at an Atlanta Hawks game on Dec. 4, 2013, in Atlanta, announced Sunday that he was selling his stake in the team because of a racially charged email he sent in 2012. John Bazemore/AP hide caption 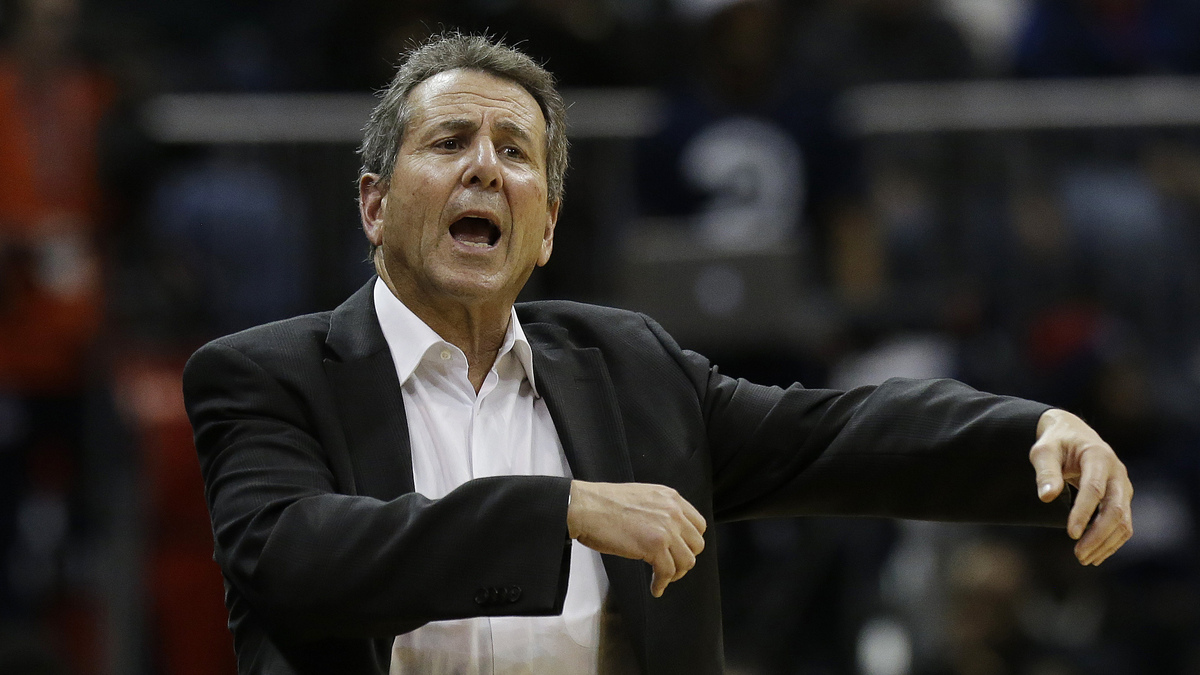 Bruce Levenson, seen at an Atlanta Hawks game on Dec. 4, 2013, in Atlanta, announced Sunday that he was selling his stake in the team because of a racially charged email he sent in 2012.

The co-owner and CEO of the Atlanta Hawks says multiple people have reached out to him to buy the NBA franchise following the announcement by controlling owner Bruce Levenson that he would sell his stake in the team because of a racially charged email he sent two years ago.

"I had over seven phone calls directly today from multibillionaires," CEO Steve Koonin, who is now overseeing the team's operations, told the Atlanta Journal-Constitution in an interview Sunday. "It blew my mind some of the people who wrote me today."

Koonin's comments came after Levenson's stunning announcement on Sunday. Citing what he called an "inappropriate and offensive" email he sent two years ago, Levenson said he was selling his interest in the Hawks "in the best interests of the team, the Atlanta community, and the NBA." Levenson said he voluntarily reported the August 2012 email to the NBA in July.

In a statement, NBA Commissioner Adam Silver said the league had started an independent investigation into Levenson's comment, but Levenson informed him Saturday night, prior to the investigation's completion, that he was selling the team.

"As Mr. Levenson acknowledged, the views he expressed are entirely unacceptable and are in stark contrast to the core principles of the National Basketball Association," Silver said. "He shared with me how truly remorseful he is for using those hurtful words and how apologetic he is to the entire NBA family — fans, players, team employees, business partners and fellow team owners — for having diverted attention away from our game."

This is the second major embarrassment for the NBA involving race and a team's owner in recent months. It comes just after the league forced Donald Sterling to sell the Los Angeles Clippers after he made racist remarks. The Clippers were sold last month to former Microsoft CEO Steve Ballmer.

And, as The New York Times notes, this incident "has made vivid again the outlines of racial division that exist in the N.B.A. — particularly among its owners, who are overwhelmingly white, and its players, a majority of whom are black — even as the league has distinguished itself as a leader among American professional sports in confronting diversity issues. That a racial issue came to the fore in Atlanta, long been seen as a center of black culture, is particularly striking."

You can read the full email here, but in his message Levenson noted that "for the first couple of years we owned the team," he noticed that the Hawks' season-ticket base was small. And when he asked why, he was told that the team couldn't get white males between the ages of 35 and 55, and corporations, to buy season tickets. That's when he noticed, he said in the message, that the audience at Hawks games was overwhelmingly black, its cheerleaders were black, the music played was hip-hop, patrons at local bars were mostly black.

And, he added (the typos are his):

"My theory is that the black crowd scared away the whites and there are simply not enough affluent black fans to build a signficant season ticket base. Please dont get me wrong. There was nothing threatening going on in the arean back then. i never felt uncomfortable, but i think southern whites simply were not comfortable being in an arena or at a bar where they were in the minority. On fan sites i would read comments about how dangerous it is around philips yet in our 9 years, i don't know of a mugging or even a pick pocket incident. This was just racist garbage. When I hear some people saying the arena is in the wrong place I think it is code for there are too many blacks at the games.

"I have been open with our executive team about these concerns. I have told them I want some white cheerleaders and while i don't care what the color of the artist is, i want the music to be music familiar to a 40 year old white guy if that's our season tixs demo. i have also balked when every fan picked out of crowd to shoot shots in some time out contest is black. I have even bitched that the kiss cam is too black."

"This is obviously a sensitive topic, but sadly i think it is far and way the number one reason our season ticket base is so low," Levenson said in the email.

In his comments Sunday announcing that he was selling his interest in the Hawks, Levenson said: "I trivialized our fans by making cliched assumptions about their interests (i.e. hip hop vs. country, white vs. black cheerleaders, etc.) and by stereotyping their perceptions of one another (i.e. that white fans might be afraid of our black fans). By focusing on race, I also sent the unintentional and hurtful message that our white fans are more valuable than our black fans.

"If you're angry about what I wrote, you should be. I'm angry at myself, too. It was inflammatory nonsense. We all may have subtle biases and preconceptions when it comes to race, but my role as a leader is to challenge them, not to validate or accommodate those who might hold them."

ESPN notes that Levenson, who has run the Hawks' ownership group since 2004, tried to sell the team in 2011. When that deal with California developer and pizza chain owner Alex Meruelo fell through, Levenson said the Hawks were no longer for sale.