Accessibility links
One Month Later: Michael Brown's Family Calls For Arrest : The Two-Way The family held a news conference in Ferguson, Mo., where Officer Darren Wilson had a fatal confrontation with the unarmed Brown, 18, one month ago today. 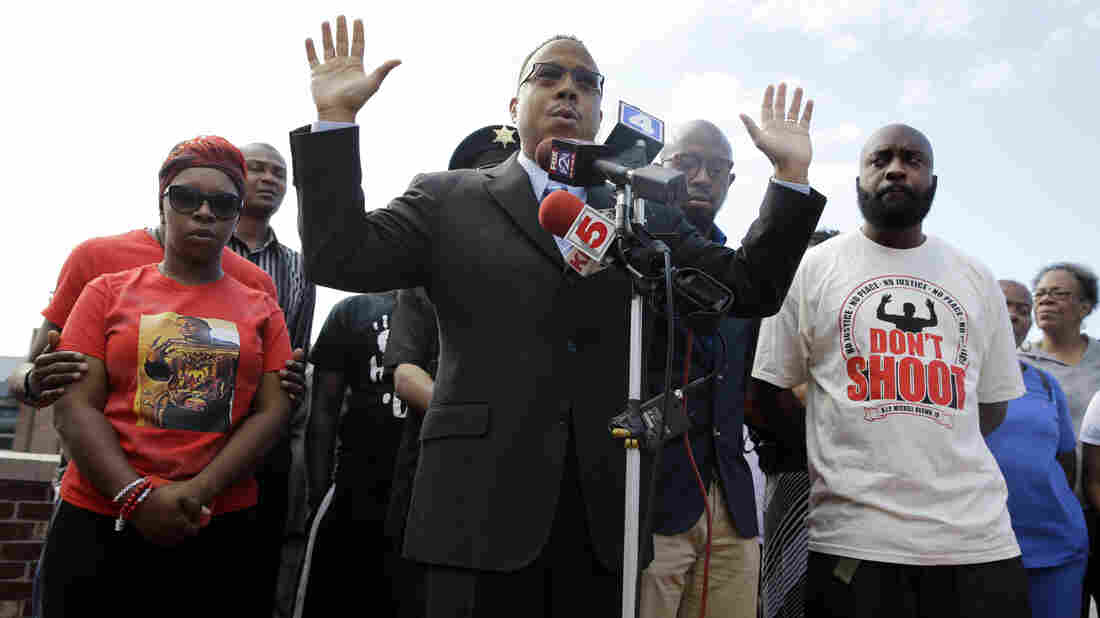 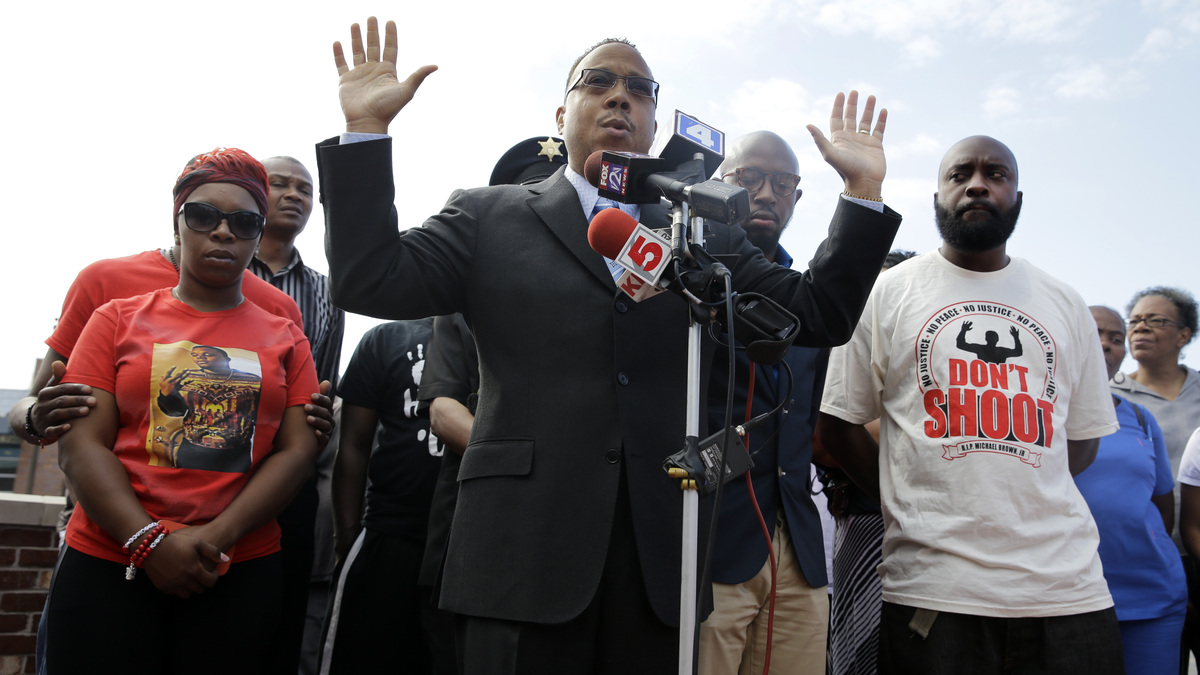 The family of Michael Brown issued a new call for the police officer who shot and killed the 18-year-old to be arrested Tuesday. Supporters of the family held a news conference in Ferguson, Mo., where Officer Darren Wilson had a fatal confrontation with the unarmed Brown one month ago today.

"After Ferguson Police Officer Darren Wilson shot Michael Brown, he was put on administrative leave, while federal and state prosecutors investigate the case. The incident touched off two weeks of protests in the community.

"A grand jury is expected to decide within about a month whether or not Wilson will be indicted."

The U.S. Justice Department is carrying out its own investigation of the shooting and of the Ferguson Police Department. Local news TV KMOV reports the agency "is reviewing all Ferguson PD internal investigations of use of force for at least the last 4 years."

And in Washington, the issue of police militarization — highlighted by standoffs between protesters and heavily armed police in Ferguson — was the topic of a Senate committee hearing led by Sen. Claire McCaskill, D-Mo., who said Monday, "I don't think there's been adequate oversight of these programs."

Tuesday will bring the first session of the Ferguson City Council since the shooting. Its agenda includes forming "a Citizen Review Board that will help keep an eye on and guide the police department," the St. Louis Post Dispatch reports.

Other changes seek funding to improve the area near where Brown was killed.