Accessibility links
Renewed Fighting Threatens Truce In Eastern Ukraine : The Two-Way Pro-Russia separatists who control the city of Donetsk appear to have launched a push to take the city's airport, which is still defended by Kiev's forces. 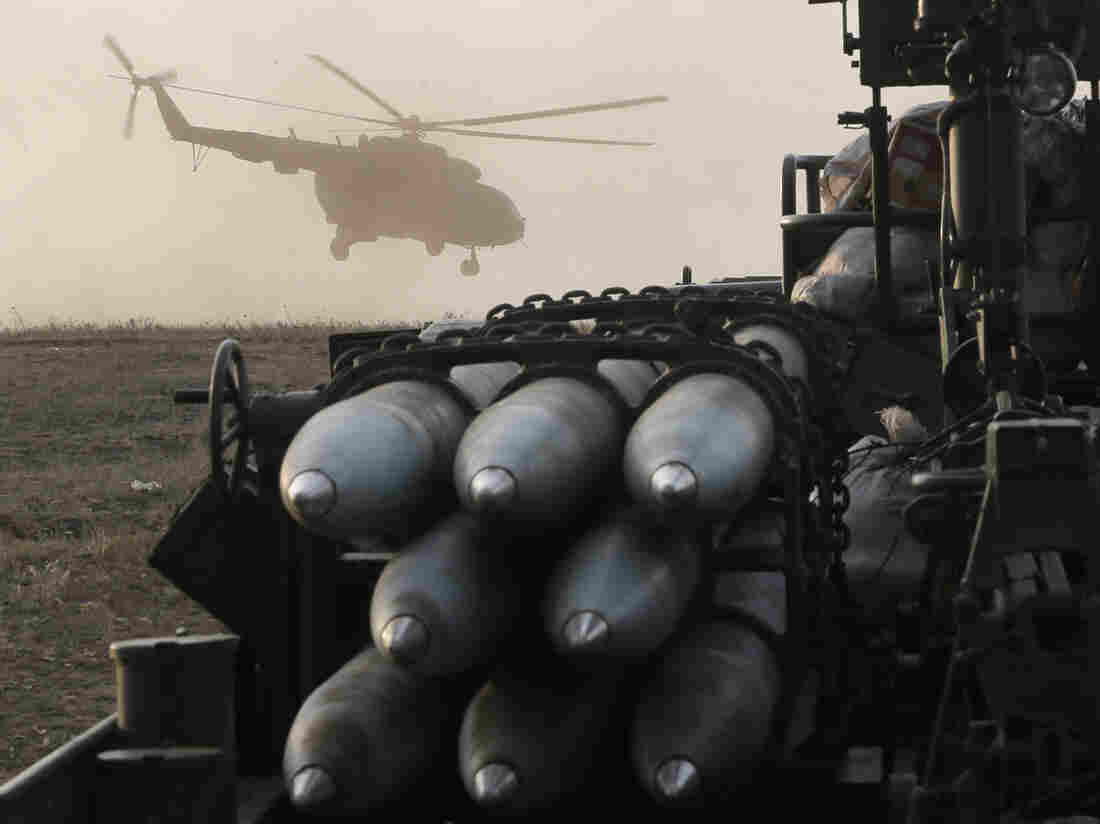 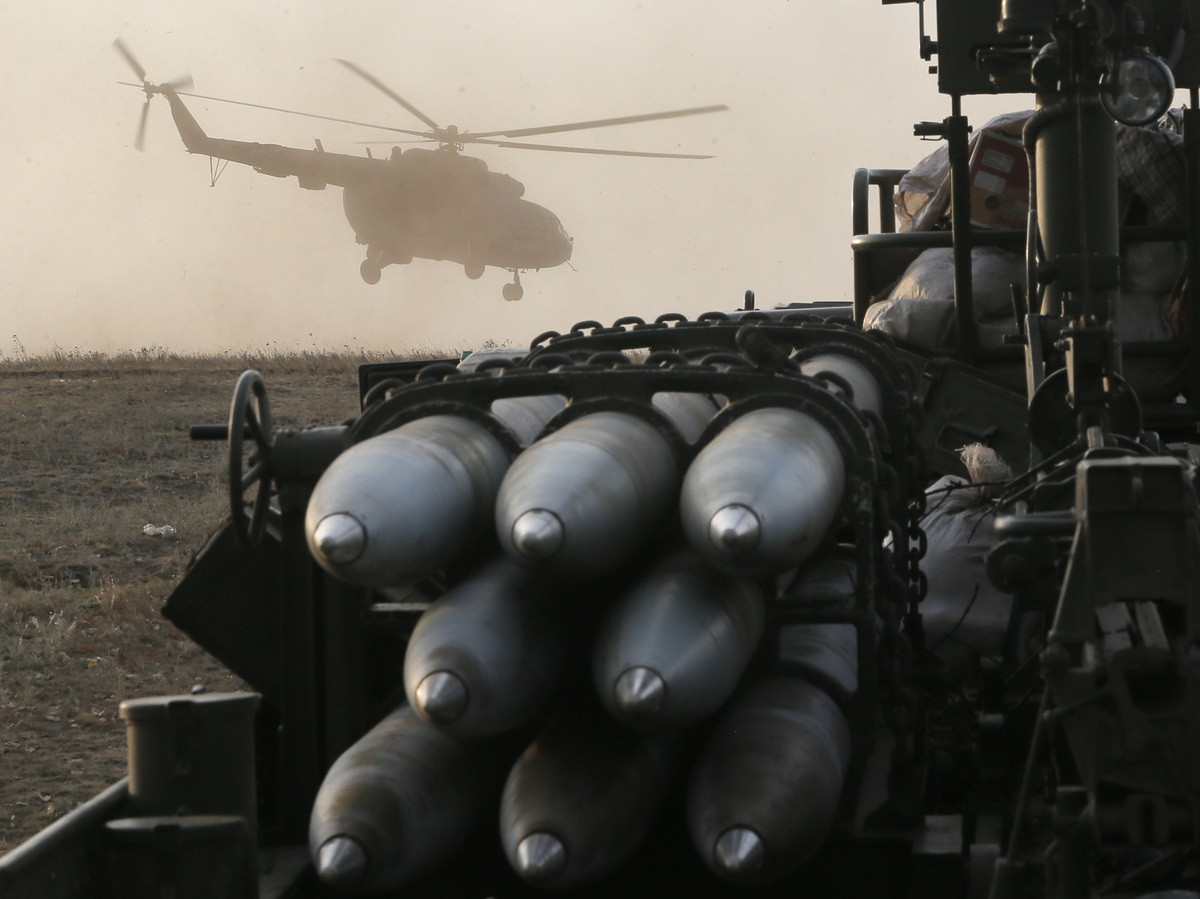 A Ukrainian army helicopter flies over troop positions Friday in Debaltsevo, in the Donetsk region of Ukraine.

A cease-fire in eastern Ukraine is looking increasingly fragile amid renewed shelling in some areas, and as Ukraine's defense minister says arms shipments from NATO members have begun to arrive in Kiev to aid its fight against pro-Russia separatists.

At least six people were killed and 15 wounded in artillery fire in the rebel-held city of Donetsk, according to the city council there.

NPR's Eleanor Beardsley, along with her driver and interpreter, narrowly escaped getting caught in an artillery barrage while reporting in Donetsk.

Eleanor says: "Smoke billows over the airport in Donetsk as pro-Russia insurgents who control the city try to dislodge Ukrainian troops in control of the airport. ... The streets of Donetsk are mostly empty and shops are closed."

Despite the renewed fighting, The Associated Press notes that the cease-fire deal, which went into effect on Sept. 5 and has largely held until now, "has brought some normalcy to parts of eastern Ukraine and allowed prisoners on both sides to go home." The AP says that on Sunday, another 73 Ukrainian soldiers were freed in exchange for the same number of rebels.

Meanwhile, Ukrainian Defense Minister Valeriy Heletey said deliveries of arms from NATO had been received, but he declined to name the countries that had supplied the weapons.

And as the BBC reports: "A similar statement earlier was denied by five Nato members, including the US. ... Nato officials say they have no plans to send lethal assistance to non-Nato member Ukraine, but that members states may do so."

"Mr Heletey told reporters on Sunday that he had discussed weapons deliveries in bilateral meetings with Nato defence ministers during a Nato summit in Wales earlier this month.

" 'I have no right to disclose any specific country we reached that agreement with. But the fact is that those weapons are already on the way to us — that's absolutely true, I can officially tell you,' he said in remarks quoted by Ukraine's Unian news agency."

Although the Kremlin has denied sending troops to fight alongside separatists, it has acknowledged that some "volunteers" have done so.