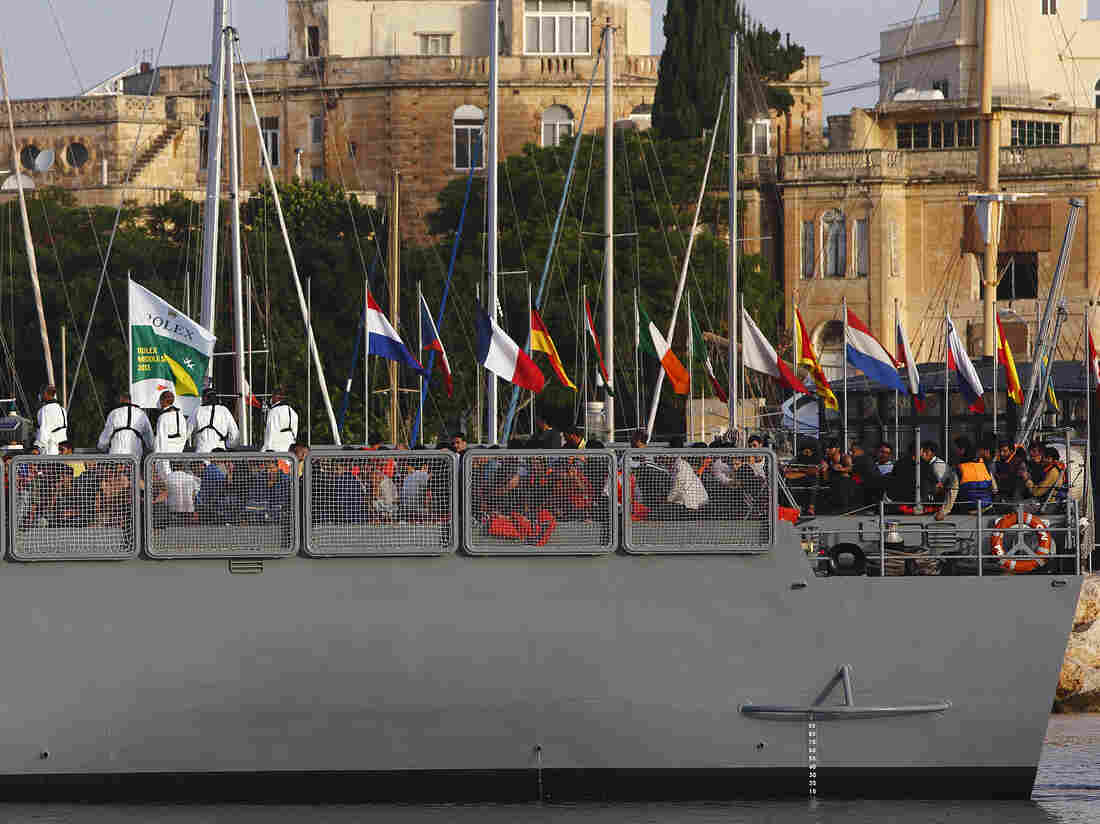 An Armed Forces of Malta ship carrying rescued migrants arrives at an AFM base in Valletta last October. The number of migrants trying to make their way from the North African coast to European waters has ballooned in recent years. Darrin Zammit Lupi/Reuters/Landov hide caption 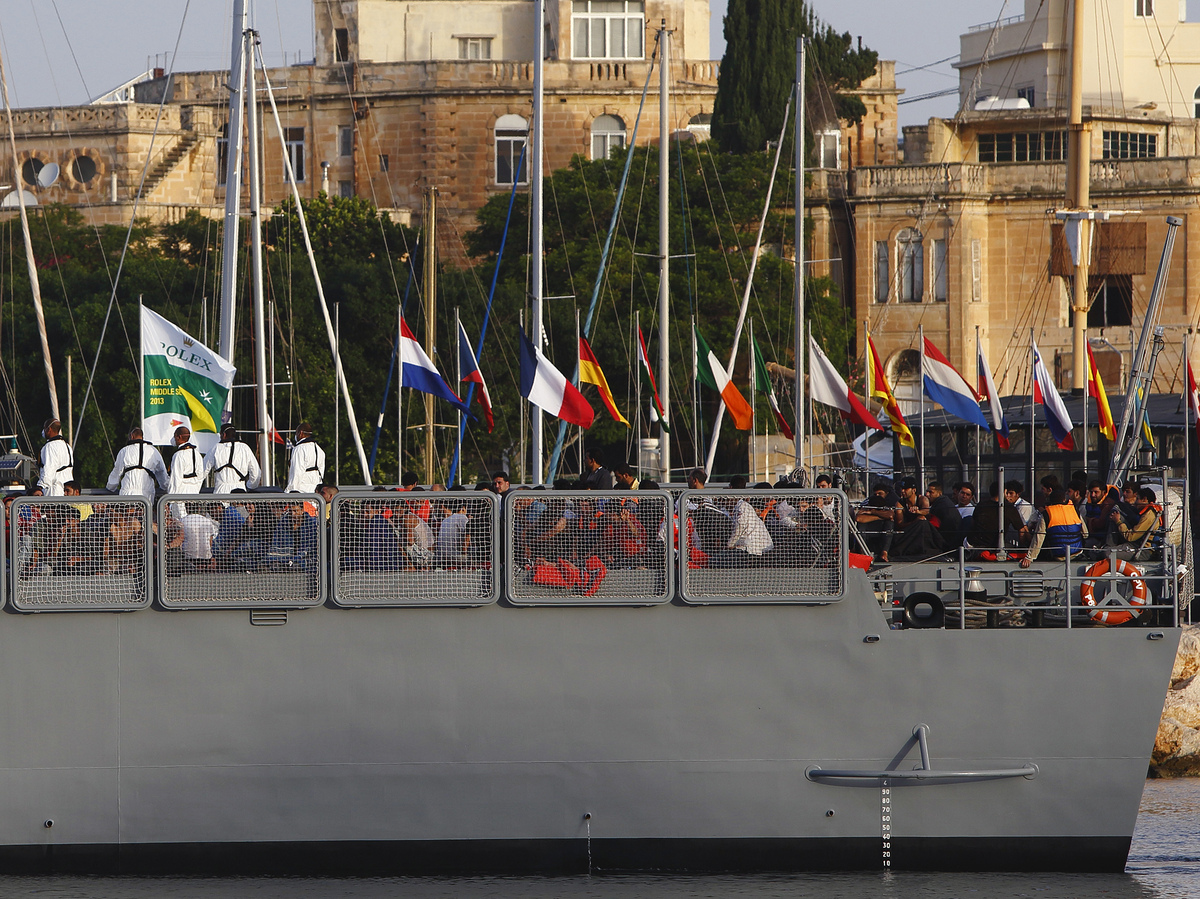 An Armed Forces of Malta ship carrying rescued migrants arrives at an AFM base in Valletta last October. The number of migrants trying to make their way from the North African coast to European waters has ballooned in recent years.

Some 500 migrants trying to make their way from Egypt to Malta by boat are believed to have drowned last week after people smugglers reportedly rammed and sank their vessel, according to the International Organization for Migration.

The IOM report is based on reports from the few survivors of the tragedy who say the group of Syrians, Palestinians, Egyptians and Sudanese had hoped to eventually reach Europe.

In a separate incident, some 70 Libyans were feared drowned in a similar tragedy involving the sinking of a migrant boat.

The Telegraph says of the first tragedy that "if confirmed [it] would rank as the worst disaster in the Mediterranean for years."

The newspaper says the story "was recounted by two Palestinians who spent more than a day floating in the water before being picked up by a Panama-flagged merchant vessel about 300 miles off Malta.

"They were brought to the port of Pozzallo in Sicily at the weekend, where they told their story to IoM officials.

"Nine other survivors were rescued by Greek and Maltese rescue vessels."

The survivors said there had been a confrontation as smugglers tried to move migrants to a smaller boat. Christiane Berthiaume, a spokeswoman for the International Organization for Migration, told The Associated Press that traffickers "used one boat to knock the other," apparently causing the sinking.

By way of background, the AP says: "Refugee numbers have swelled as thousands of people flee conflicts in Syria, Iraq and across the Middle East and Africa, boarding unsafe smugglers' boats in Libya. Nearly 110,000 people have been rescued since January, but at least 1,889 others have died making the perilous crossing, according to the U.N. refugee agency."

We have reported on a number of such incidents in the past, going back as far as 2011.

Last month, NPR's Sylvia Poggioli reported on Italy's efforts to tackle the problem, saying: "Reports of migrant boats in distress have become a near-daily news headline over the past year."