Accessibility links
Minnesota Vikings Reinstate Peterson, Who Says He's Not A Child Abuser : The Two-Way Days after he was arrested and benched over charges that he abused his 4-year-old son by punishing him with a wooden switch, NFL star running back Adrian Peterson has been reinstated. 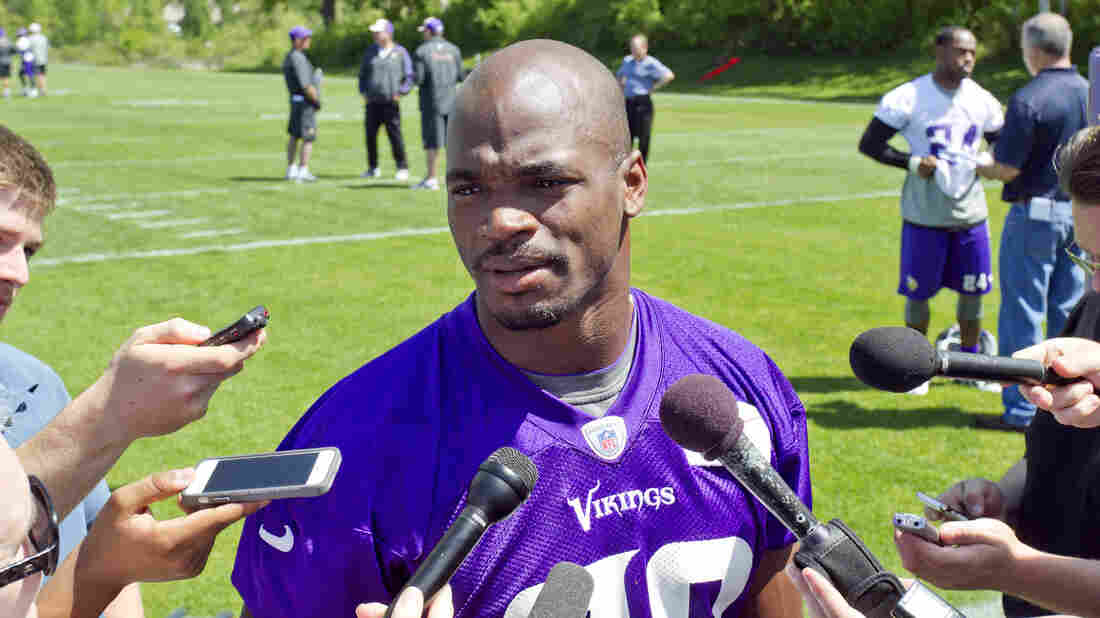 Minnesota Vikings running back Adrian Peterson, seen here at a practice in late May, has been reinstated after he was benched over alleged child abuse. Andy Clayton-King/AP hide caption 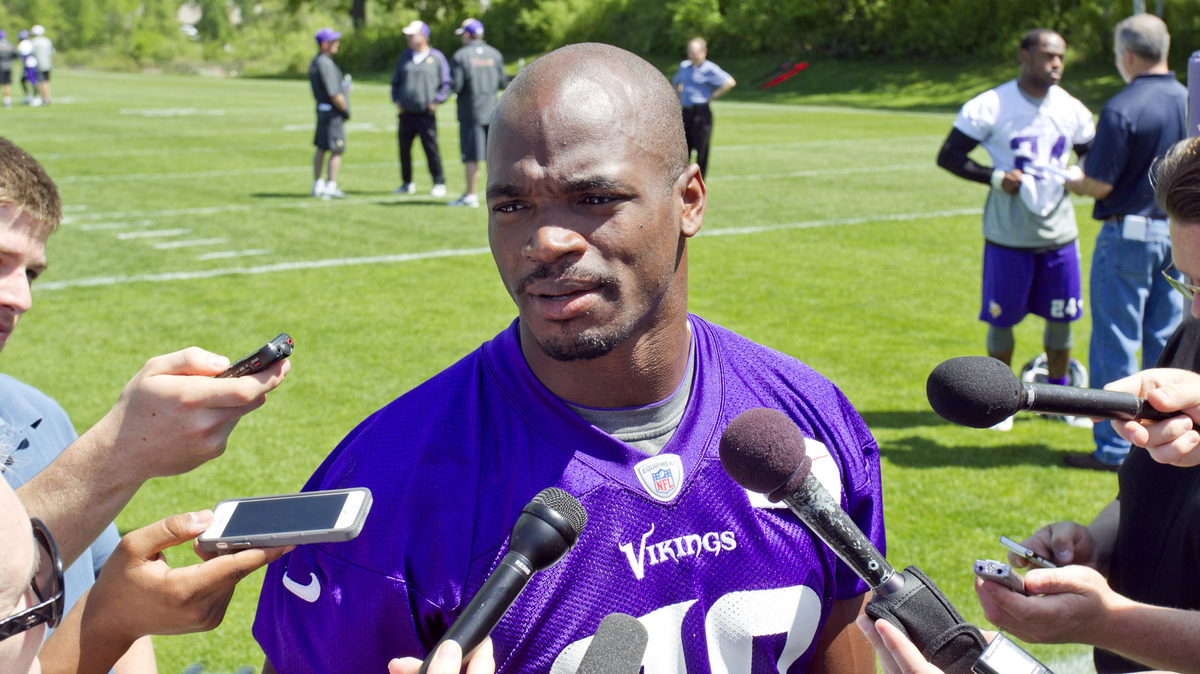 Minnesota Vikings running back Adrian Peterson, seen here at a practice in late May, has been reinstated after he was benched over alleged child abuse.

Days after he was arrested and benched over charges that he abused his 4-year-old son by punishing him with a wooden switch, NFL star running back Adrian Peterson has been reinstated. The Minnesota Vikings announced the move Monday, as Peterson released a statement defending himself.

Peterson did not go into detail about his actions. Instead, he said, "I want everyone to understand how sorry I feel about the hurt I have brought to my child."

The elite running back sat out the Vikings' game yesterday; the team lost 30-7. On Monday morning, the team said it will reinstate Peterson, and that he'll participate in team functions this week and play on Sunday against the New Orleans Saints.

"Today's decision was made after significant thought, discussion and consideration," the team wrote about the move. "As evidenced by our decision to deactivate Adrian from yesterday's game, this is clearly a very important issue."

Saying, "We take very seriously any matter that involves the welfare of a child," the team's owners, Zygi and Mark Wilf, added, "we believe this is a matter of due process and we should allow the legal system to proceed." They said the team will monitor the situation.

Peterson was indicted on child abuse charges on Friday, in a case that stems from events that took place in Texas in May. As we've reported, he was taken into custody before being released on bond early Saturday.

"I have to live with the fact that when I disciplined my son the way I was disciplined as a child, I caused an injury that I never intended or thought would happen. I know that many people disagree with the way I disciplined my child. I also understand after meeting with a psychologist that there are other alternative ways of disciplining a child that may be more appropriate.

"I have learned a lot and have had to reevaluate how I discipline my son going forward. But deep in my heart I have always believed I could have been one of those kids that was lost in the streets without the discipline instilled in me by my parents and other relatives. I have always believed that the way my parents disciplined me has a great deal to do with the success I have enjoyed as a man. I love my son and I will continue to become a better parent and learn from any mistakes I ever make."

The case is also being reviewed by the NFL, which has seen the start of its new season marred by criminal cases that link two of its stars — Peterson and Ray Rice — to violent off-field episodes.

"An NFL spokesman on Monday said the league and its new special adviser are reviewing Peterson's case under its ... 'personal conduct policy,' " Minnesota Public Radio reports.