Accessibility links
Marriott's New Envelope For Room Tips Stirs Debate : The Two-Way An initiative launched with Maria Shriver's input is raising questions over how the hotel company pays its staff — and whether guests should be expected to tip. 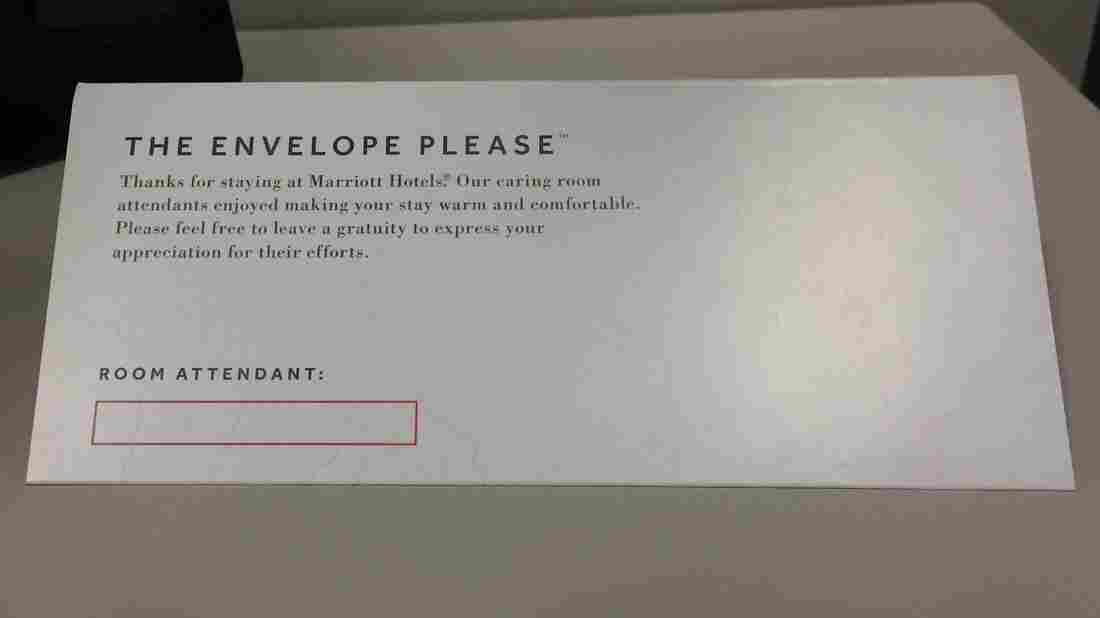 Marriott is putting envelopes like this one in thousands of rooms at its hotels, hoping to boost the number of guests who tip the housekeeping staff. Marriott hide caption 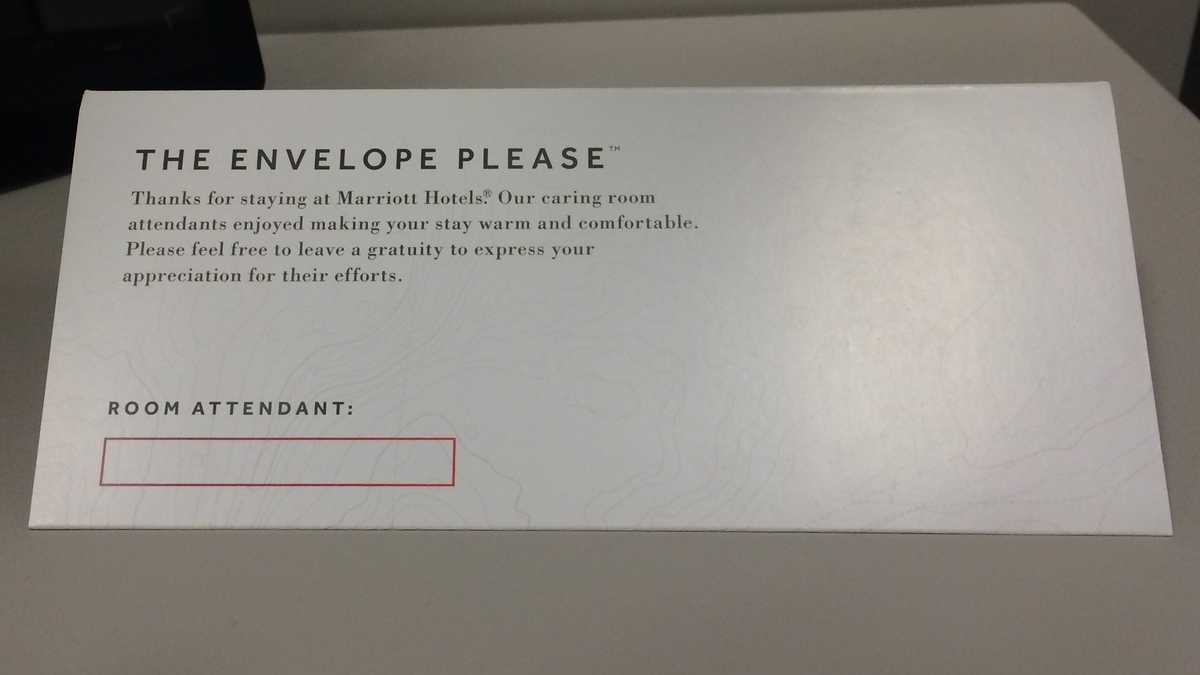 Marriott is putting envelopes like this one in thousands of rooms at its hotels, hoping to boost the number of guests who tip the housekeeping staff.

A new program to encourage guests to tip the housekeeping staff at Marriott hotels is meant to make it easier for people to show their gratitude to workers. But the plan, part of an initiative from Maria Shriver's group A Woman's Nation, is raising questions over how the company pays its staff — and whether guests should be expected to tip.

Marriott isn't the first hotel to use a note or an envelope to connect a name to the room's upkeep and amenities. But it seems to be the first large chain to do so. Announcing its new program, called The Envelope Please, the company explained its goal:

"Hotel room attendants often go unnoticed, as they silently care for the millions of travelers who are on the road at any given time. Because hotel guests do not always see or interact with room attendants, their hard work is many times overlooked when it comes to tipping. The Envelope Please makes leaving them a gratuity simple and secure."

Responding to questions about its room attendants, Marriott says it employs nearly 20,000 people in that capacity, making them its largest group of workers. The company says most of them work an eight-hour shift, five days a week.

As for the attendants' wages, a Marriott representative says they're "competitive" and vary depending on the local market. She adds, "The vast majority make more than the minimum wage, state or federal."

The Envelope Please is being rolled out in hundreds of Marriott-managed hotels in the U.S. and Canada. Calling the new program a case of economic empowerment, A Woman's Nation hopes to expand it to include other hotel chains.

But not everyone is welcoming the plan to promote tipping. Some compare it to blackmail. And hard-core business travelers who rack up hundreds of nights in hotels per year say they don't want to tip in cash, as is customary. Instead, they suggest, the company should let guests add a tip to their room bill.

If Marriott wants to see the wide range of responses, it won't have to look far — people in its rewards program have been debating the issue for the past day.

If you're wondering how Marriott is doing financially, in its most recent annual report, the company says that in 2013: