Accessibility links
Boeing And SpaceX Win $6.8 Billion In NASA Contracts : The Two-Way By 2017, the two American companies are expected to take over a job that NASA has relied upon Russia to perform: shuttling astronauts to the International Space Station. 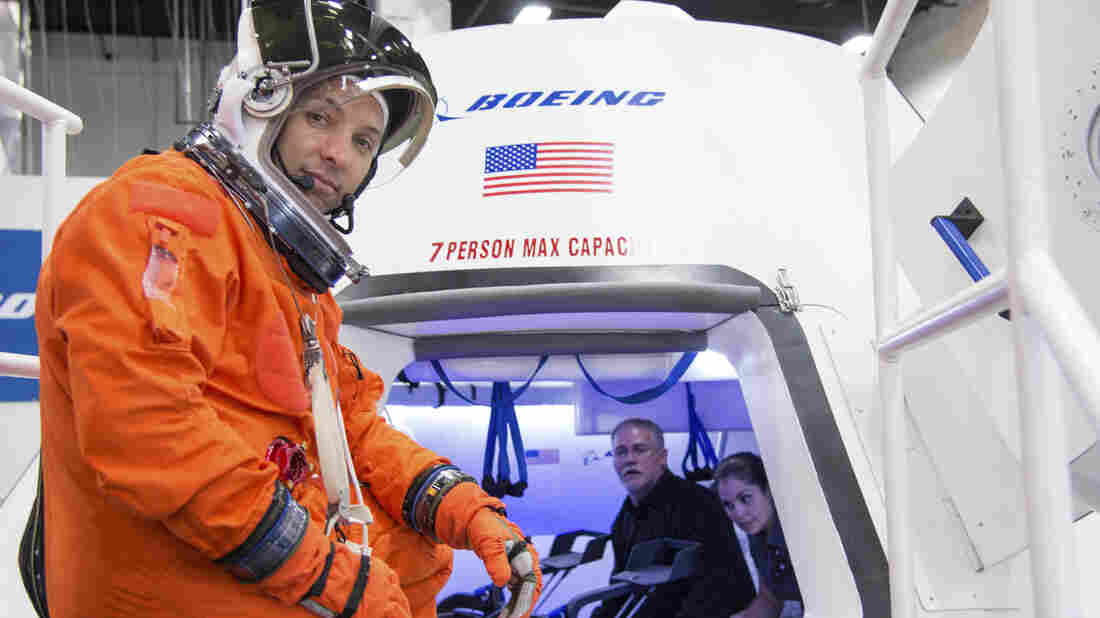 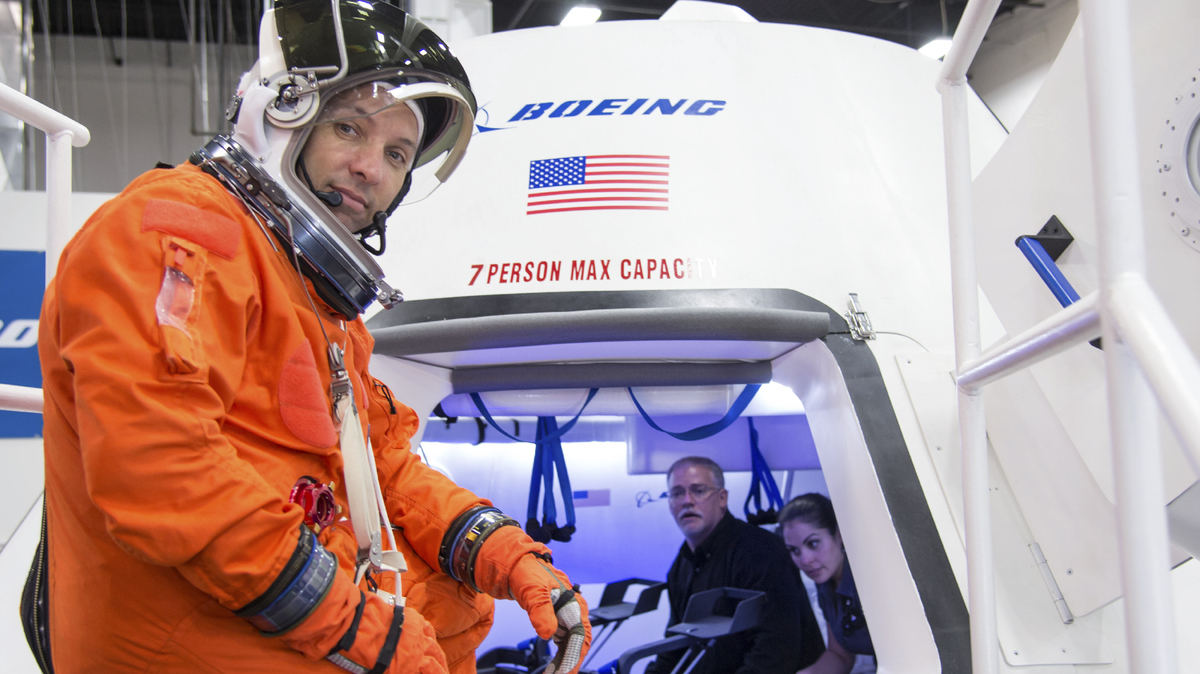 In an image provided by NASA, astronaut Randy Bresnik prepares to enter Boeing's CST-100 spacecraft for an evaluation at the company's Houston Product Support Center. NASA awarded Boeing with a $4.2 billion contract Tuesday.

NASA has chosen Boeing and SpaceX to build the vehicles that will transport its astronauts to the International Space Station, putting the two American companies on a course to take over a job that NASA has recently relied upon Russia to perform: carrying out manned space flights.

NASA Administrator Charles Bolden says vehicles from the two companies are expected to be ready for service by 2017.

Announcing its decision Tuesday, the space agency included these details:

"The Boeing Company (Boeing) and Space Exploration Technologies (SpaceX) have each presented to us designs that will allow us to fly crews to the International Space Station in just a few years. Respectively, the vehicles are Boeing's CST-100 and SpaceX's Dragon. The total potential contract value is $4.2 billion for Boeing and $2.6 billion for SpaceX. The spacecraft will launch from Kennedy Space Center — Cape Canaveral complex."

NPR's Nell Greenfieldboyce reports on the priorities behind the space agency's move:

"Since NASA retired its space shuttles three years ago, astronauts have gone to the station in Russian space capsules. But the agency wants to launch crews from U.S. soil. It's been focusing its efforts on deep space exploration, so it needs commercial companies to build vehicles that can make the short trip to the station and back."

Versions of the SpaceX Dragon capsule have already made flights to the space station, becoming the first commercial company to deliver cargo to the orbiting station back in 2012.

Boeing says it'll build its CST-100 capsule in Florida. The company also hopes to provide the craft to commercial companies that are planning to take private citizens into space.

Before they're put into service, the two capsules would need to meet safety certifications that include a test flight carrying a crew.