Accessibility links
Vikings Now Say Adrian Peterson Is Banned From Team Activities : The Two-Way The change in running back Adrian Peterson's status will require him to stay away from the team while he takes care of legal proceedings regarding child abuse charges. 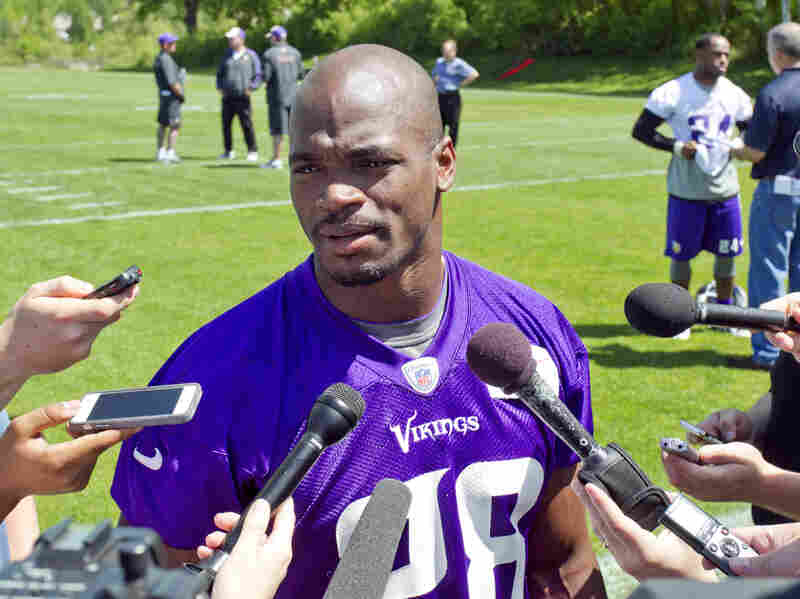 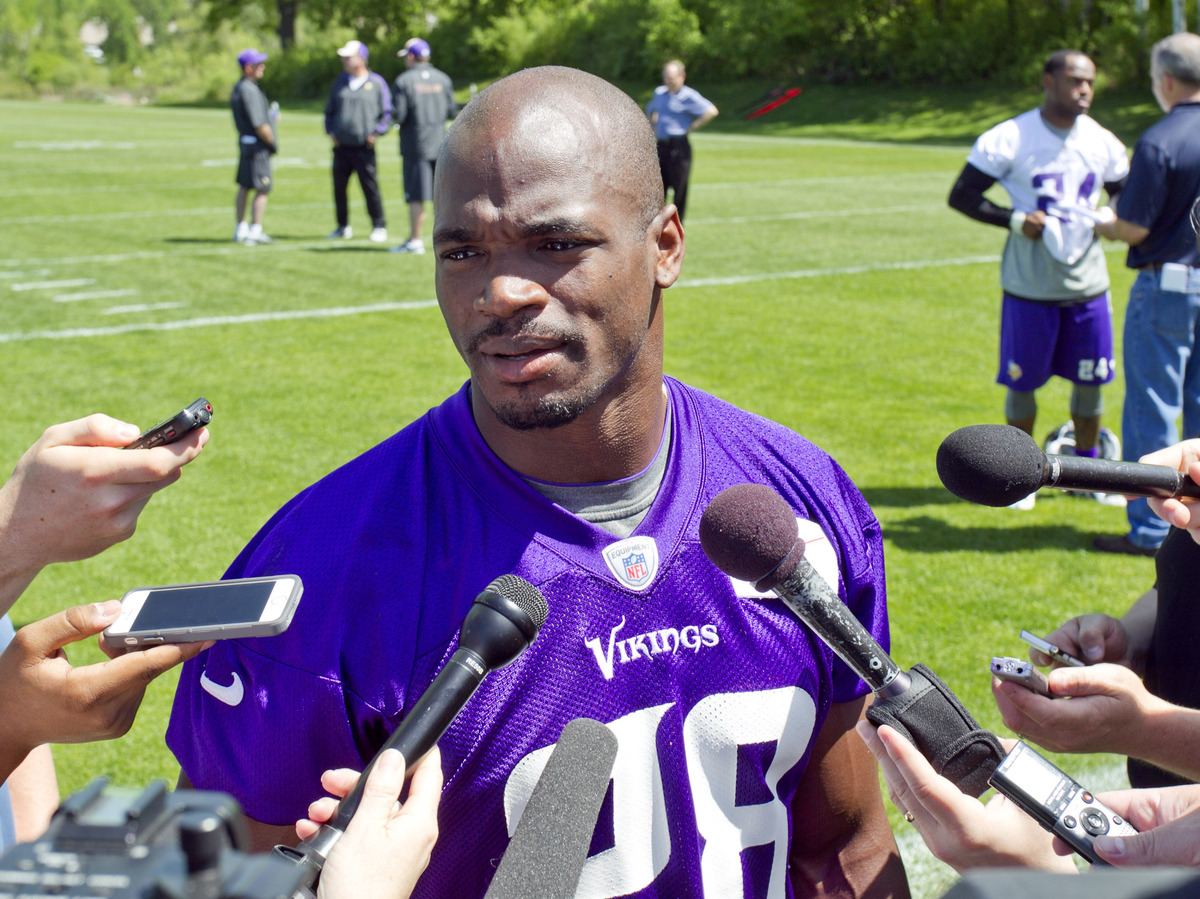 The Minnesota Vikings announced early Wednesday morning that they had placed running back Adrian Peterson on the exempt/commissioner's permission list.

The change to Peterson's status "will require that Adrian remain away from all team activities while allowing him to take care of his personal situation until the legal proceedings are resolved," according to a statement issued by the team.

Peterson faces a felony charge in Texas over using a wooden switch to punish his 4-year-old son.

Vikings officials initially decided that Peterson could play with the team while the legal process played out.

In the statement, Vikings owners Zygi Wilf and Mark Wilf stressed that the team has "a strong stance regarding the protection and welfare of children, and we want to be sure we get this right. At the same time we want to express our support for Adrian and acknowledge his seven-plus years of outstanding commitment to this organization and his community."

The Associated Press reports that several sponsors are either suspending their deals with the Vikings or severing ties with Peterson.