Accessibility links
House Poised To Vote On Arming, Training Syrian Rebels : The Two-Way The expected vote on whether to authorize the Obama administration's plan to arm and train moderate fighters comes as the president meets with military officials at U.S. Central Command. 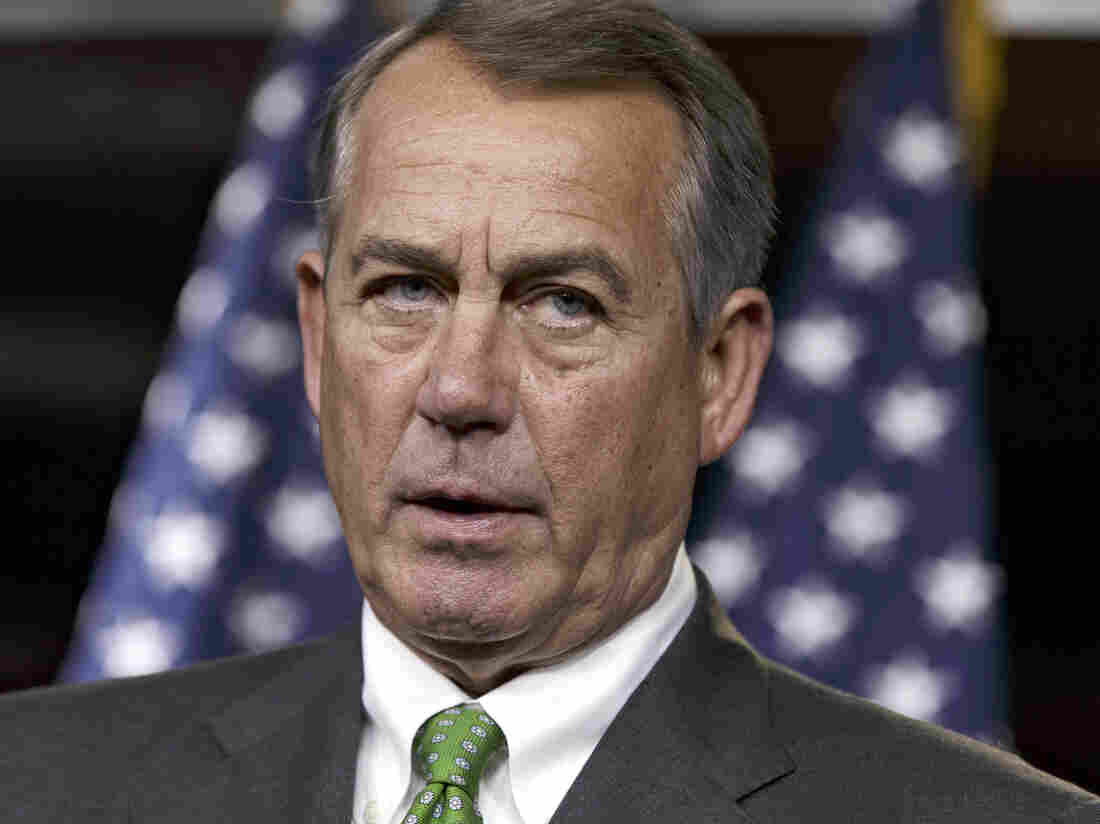 House Speaker John Boehner has expressed cautious support for the White House plan. He and other House GOP leaders are backing a measure to authorize the arming and training of moderate Syrian rebels. J. Scott Applewhite/AP hide caption 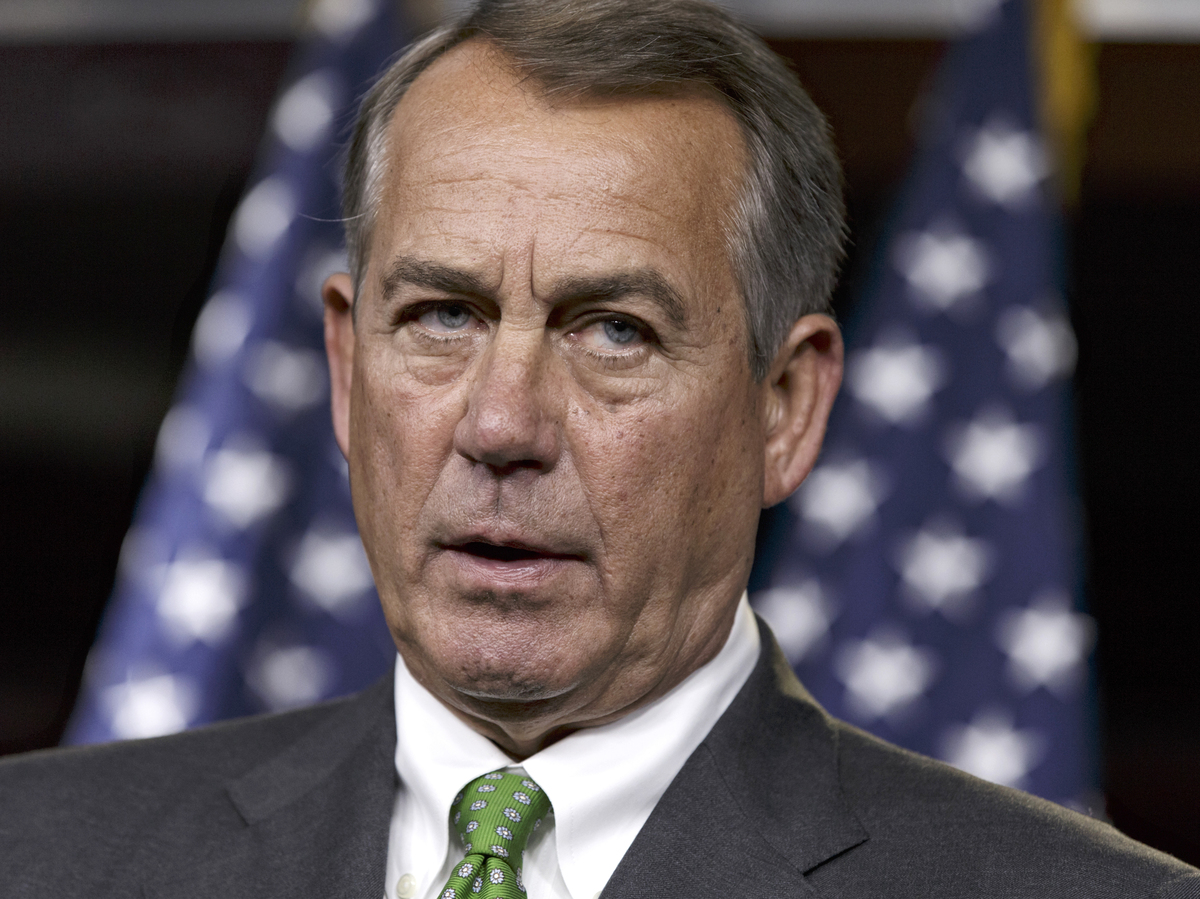 House Speaker John Boehner has expressed cautious support for the White House plan. He and other House GOP leaders are backing a measure to authorize the arming and training of moderate Syrian rebels.

President Obama will meet today with military officials at U.S. Central Command in Tampa, Fla., to discuss the fight against the militants calling themselves the Islamic State, as House lawmakers prepare for a vote to authorize training for moderate rebels to oppose the extremist group.

Meanwhile, the militants, also known as ISIS or ISIL, released a 52-second video titled "Flames of War" that features footage of military vehicles being blown up and promises "fighting has just begun."

In voting on whether to approve the authorization to train and equip rebels, "House Republican leaders plan to offer the legislation as an amendment to a broader bill to keep the government funded into December and the Export-Import Bank open through June. The Senate would try to pass the bill by the end of the week," The New York Times reports.

According to a Washington Post story in June: "Up until now, the CIA has clandestinely trained moderate rebels in Jordan and armed them with small arms. The U.S. has also allowed other countries to provide the rebels with anti-tank missiles."

"A vote on the broader use of military force against the Islamic State in Iraq and Syria (ISIS) isn't expected to happen until after Election Day.

" 'I think after November, there's an opportunity and probably a debate for that, seeing what transpires,' [House Majority Leader Kevin] McCarthy told reporters in the Capitol on Monday. 'I know a lot of members would want to start to have that debate or have that discussion.' "

The Associated Press writes: "Republican leaders have swung behind Obama's request, though they're not pressuring the GOP rank and file to follow suit. Top Democrats promised the measure would pass."

Dempsey told the Senate Armed Services Committee that he supports the president's plan, but that if he deemed it necessary at some future date, he "would go back to the president and make a recommendation that may include the use of ground forces."

Hagel warned: "If Congress would not agree to [the president's] request, it would be a pretty devastating message to the rest of the world"

Who are the Syrian rebels the White House hopes to make allies?

NPR's Deborah Amos, reporting for Morning Edition from the Turkey-Syria border, says it's really more about who the rebels are not than who they are.

"What they are not is hardcore Islamists — that's ISIS, that's the Nusra Front, that's Ahrar Al-Sham," Deborah says.

"Those groups are on the ground here in Syria. But what the White House and certainly the people working with rebels here call the 'moderates' are more non-ideological rebels. They put out these core statements that say they are for an inclusive Syria. It doesn't mean they aren't religious. They're conservative Muslims, as are most of the country."

[Note: An earlier version of this story referred to a $500 million figure to go along with congressional authorization to arm and train the Syrian rebels. However, no dollar amount appears in the current version of the bill.]