Accessibility links
Book News: A Q&A With Alison Bechdel, Cartoonist And MacArthur Winner : The Two-Way Also: a biography of Joan Rivers; the nonfiction longlist for the National Book Award is announced. 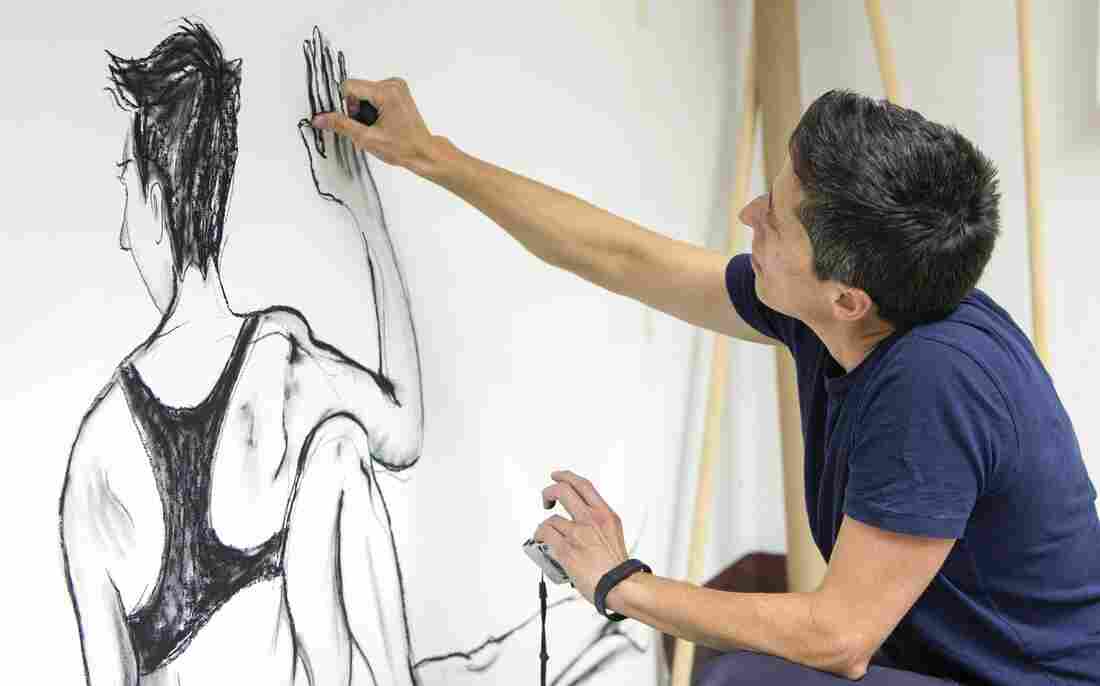 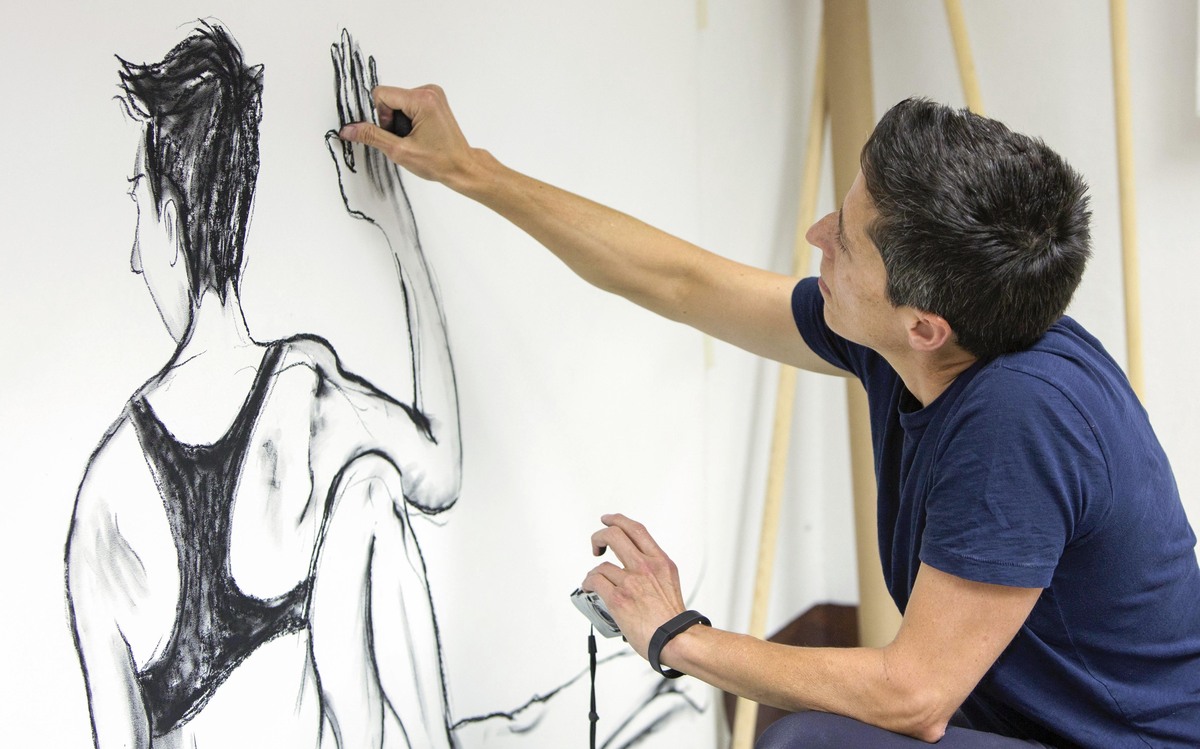 U.S. cartoonist Alison Bechdel works in her studio at the castle of Civitella Ranieri in central Italy on Sept. 2.

The winners of the MacArthur "Genius Grant" awards were announced Wednesday morning, and include poet Terrance Hayes, playwright Samuel D. Hunter, poet and Arabic translator Khaled Mattawa and cartoonist and memoirist Alison Bechdel. Bechdel is the creator of the cartoon strip Dykes to Watch Out For and author of the graphic memoirs Fun Home and Are You My Mother? Bechdel spoke with NPR by email on Tuesday afternoon.

What made you want to become a cartoonist?

I wanted to become a cartoonist ever since I was a kid. I always loved drawing, but I also loved words. I'd include random letterforms in my childhood drawings even before I could read. My parents subscribed to The New Yorker, and I learned how to flip directly to the cartoons, just past the Talk of the Town section. As soon as I learned there was such a thing as a cartoonist, I wanted to be one.

How did Dykes to Watch Out For begin? And do you miss it?

But I actually gave up on becoming a cartoonist as I went through school. It seemed like such a long shot, and people tried to steer me toward something more realistic, like book design. But then I just started drawing Dykes to Watch Out For for fun, for a feminist newspaper I worked at. People responded really well to it, and I was desperate for attention so I kept on drawing new episodes. I actually do miss it. I drew that strip for 25 years, and I miss all the characters and their conversations about politics and what was going on in the world.

For a long time, you've been a kind of rebel in the world of cartooning — what do these huge mainstream honors mean for you?

It is very strange that my work has been getting so much mainstream attention. I've been adjusting to it for a while now, ever since my memoir about my father, FUN HOME, was such a surprising success. Now it's been turned into a musical and will open on Broadway next spring. And now ... a MacArthur! It's amazing and I'm very grateful, but it's also a little strange. This sort of establishment recognition was never anything I envisioned when I started doing my odd little subcultural comic strip over 30 years ago.

What are your inspirations? You've talked a lot about Harriet the Spy — what does she mean to you?

Oh, god, Harriet the Spy! I read that book easily twenty times as a kid. At the time I just thought she was cool, bravely peeping through peoples' windows and creeping into their dumbwaiters and spying on what they were up to. But as an adult, I realized that she wasn't so much a spy as a writer, this archetypal writer taking notes on everything around her. When her friends find her, they're devastated and so is she. As a memoirist, I identify intensely with her peculiar dedication.

What are you proudest of?

I guess I'm proudest of just really sticking with this odd thing I loved and was good at — drawing comics about marginal people (lesbians) in a marginal format (comics). I never thought much about whether that was responsible, or respectable, or lucrative. I came of age at the tail end of America's real prosperity, so I had the leisure, or the imagined leisure, that I would be okay even if I did some kind of fringy thing. And against all odds, it has worked out.

Yes, I worry all the time that my self-reflexive memoir work is self-indulgent. But I also took that seventies feminist mantra very much to heart — the personal is political. In the case of me and my family, that was so vividly true. My bisexual father came of age before gay liberation. My mom who wanted to be a writer came of age before the feminist movement. They were both thwarted in their lives in various ways. As I got older I could see that their personal frustrations were not just personal, they were part of much larger cultural and political structures. I just keep trying to understand those things and lay them bare. It does get very personal sometimes, verging on solipsistic. But I try hard to make my way back outside of myself to the wider world, and to share what I've figured out.

Do you have a goal for your work --- something in particular you want it to show or teach people?

Do I have a goal for my work? Once many years ago I wrote myself a "mission statement." It was "To unceasingly excavate the potsherds of truth from the sediment of convenience." I guess that continues to be my goal.

Roz Chast, Can't We Talk About Something More Pleasant?

John Demos, The Heathen School: A Story of Hope and Betrayal in the Age of the Early Republic

Anand Gopal, No Good Men Among the Living: America, the Taliban, and the War through Afghan Eyes

Walter Isaacson, The Innovators: How a Group of Inventors, Hackers, Geniuses, and Geeks Created the Digital Revolution