Accessibility links
As Scotland Rejects Independence, Cameron Promises More Autonomy : The Two-Way At final count, the "no" votes won by a margin of 55 percent to 45 percent. The British prime minister said it had settled the question "for a generation." 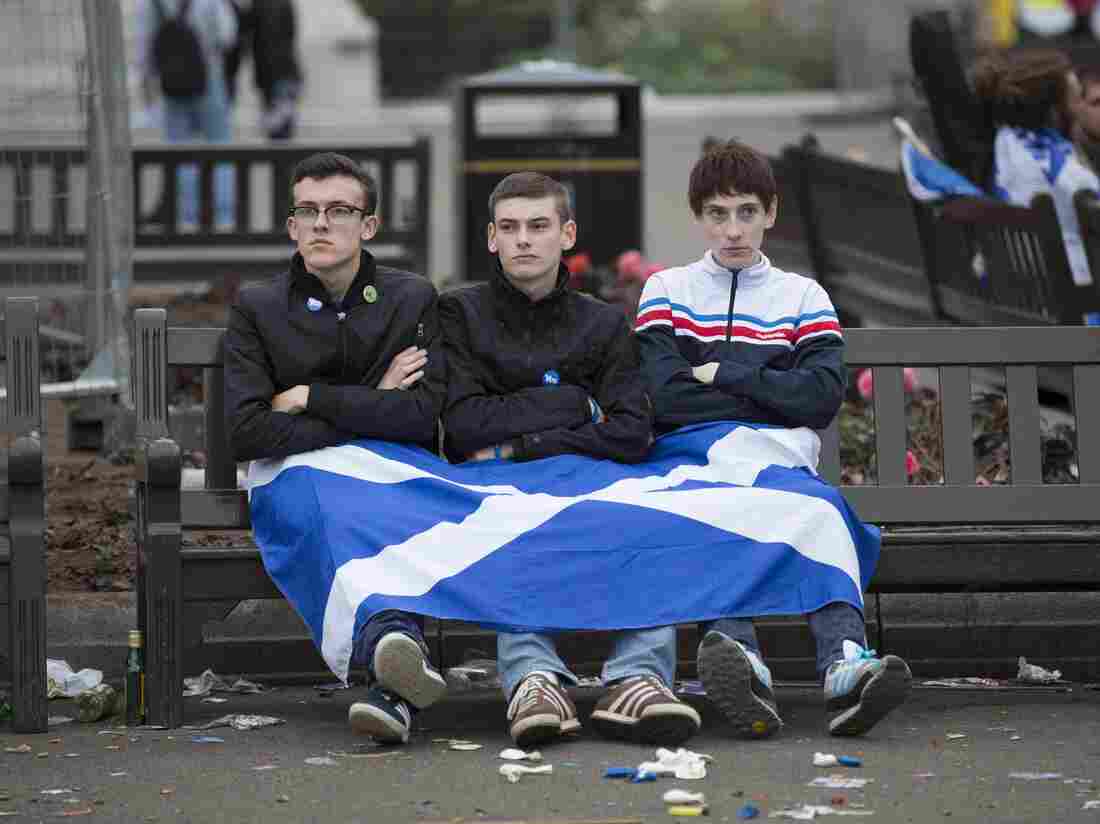 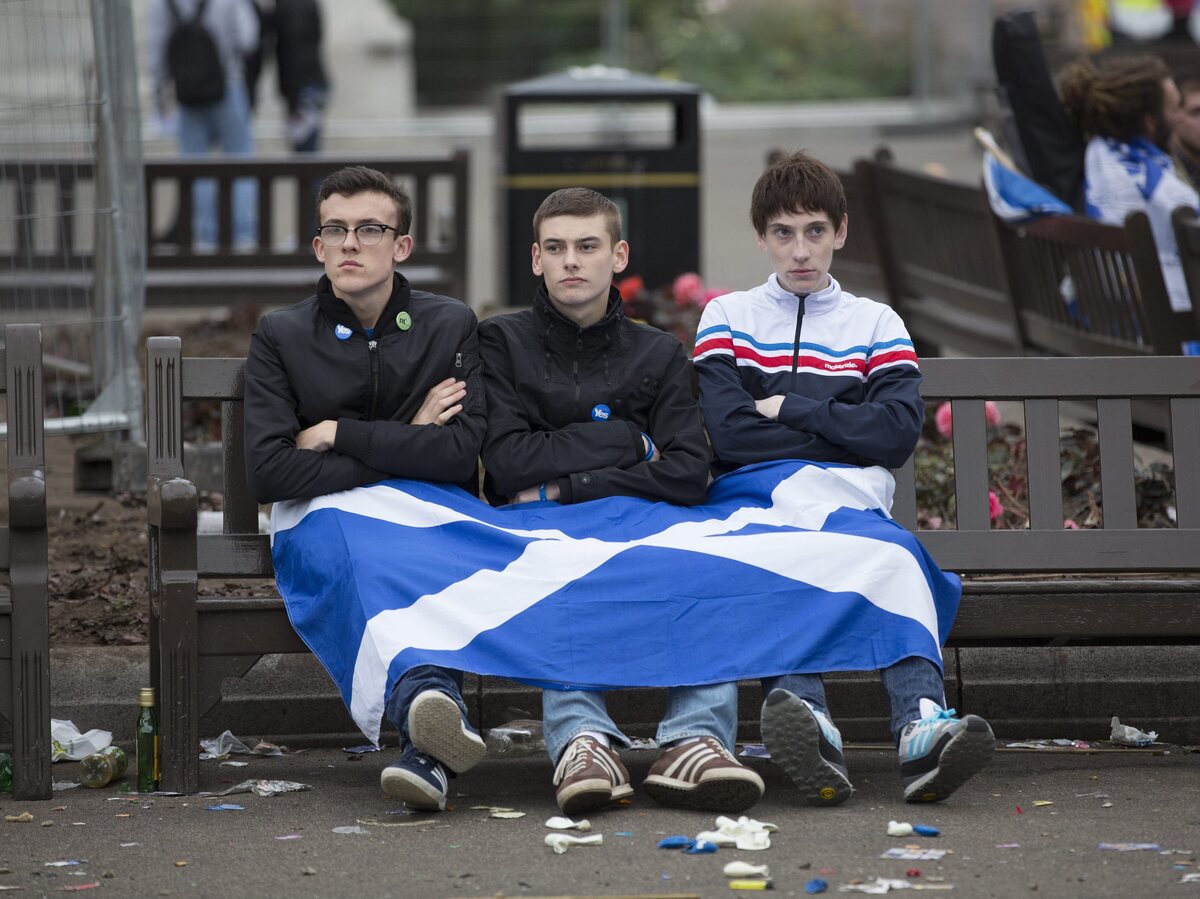 British Prime Minister David Cameron said the Scottish vote to remain in the United Kingdom has put the question of independence to rest "for a generation," but he pledged constitutional reforms to give Edinburgh greater control over its own affairs.

"There can be no disputes, no reruns — we have heard the settled will of the Scottish people," Cameron said in a statement outside No. 10 Downing Street, his official residence, shortly after the results of the vote.

"We have chosen unity over division," Alistair Darling, head of the anti-independence campaign, said in Glasgow, one of the few areas of Scotland where the majority cast yes votes. "Today is a momentous day for Scotland and the United Kingdom as a whole."

Meanwhile, Alex Salmond, the impassioned leader of the "yes" campaign, struck an upbeat tone amid defeat. To cheering supporters, he pronounced: "This has been a triumph for the democratic process and for participation in politics."

Salmond resigned later Friday as both Scottish first minister as well as leader of the Scottish National Party. He said "others are best placed to take this period of opportunity forward" to hold British Parliament's "feet to the fire".

NPR's Ari Shapiro, reporting from Edinburgh, tells NPR's Morning Edition that "there was a potency to the moment" when Scots went to the polls to choose their future: "People walked around Edinburgh proudly wearing kilts, waving the saltire — the blue and white Scottish flag — and, cliche though it may be, they actually did play bagpipes in the streets."

The vote against independence preserves an often uneasy union that has nonetheless endured for 307 years. Even so, it is being viewed as a wake-up, and Cameron signaled a shift in the political balance between London and Edinburgh.

"Scotland voted for a stronger Scottish Parliament backed by the strength and security of the United Kingdom, and I want to congratulate the 'no' campaign for that — for showing people that our nations really are better together," he said.

Cameron says he's committed to giving Scotland new power over taxes, spending and welfare. He said he wants draft legislation by January, and that it should encompass other parts of the U.K. — not just Scotland but also Wales and Northern Ireland.

"We now have a chance — a great opportunity — to change the way the British people are governed, and change it for the better," the prime minister said.

In the final run-up to the vote, which looked likely to be a tight contest, Cameron said a split would leave him personally "heartbroken" and warned that independence for Scotland would precipitate a "painful divorce" with London. Acknowledging the unpopularity of his conservative government among more liberal-minded Scots, Cameron said bluntly: "If you don't like me — I won't be here forever. But if you leave the U.K., that will be forever."

The vote means that the U.K. will not lose the oil revenues that Scotland generates and will not need to find a new location to base its nuclear arsenal. The vote has also encouraged markets, which were concerned about financial instability that would have come with a split.

"This has been a long, hard fight and both sides have campaigned fiercely," Norma Austin Hart, a Labour Party member of Edinburgh City Council, was quoted by The Associated Press as saying.

"It's been so intense," she said. "But the people of Scotland have decided."