Accessibility links
Scotland's Vote Could Bring Big Changes To England, Wales, N. Ireland : The Two-Way British Prime Minister David Cameron says now that voters in Scotland have rejected independence, he is committed to giving more powers not only to Scotland, but also to the rest of the U.K. 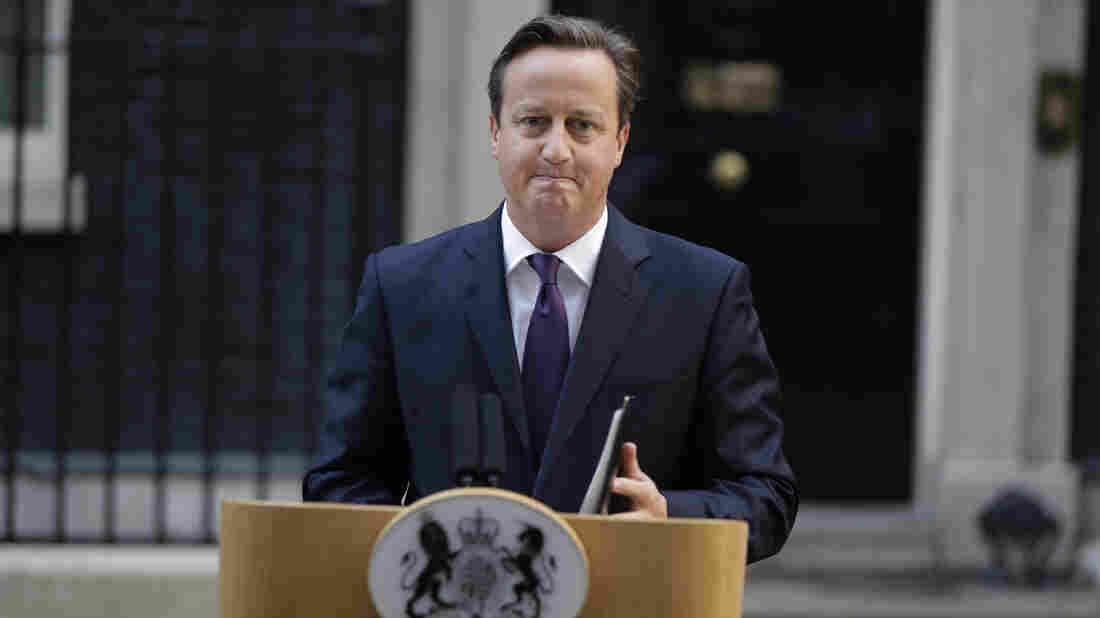 British Prime Minister David Cameron said Friday now that voters in Scotland have rejected independence, he is committed to giving more powers not only to Scotland, but also to "the people of England, Wales and Northern Ireland." Lefteris Pitarakis/AP hide caption 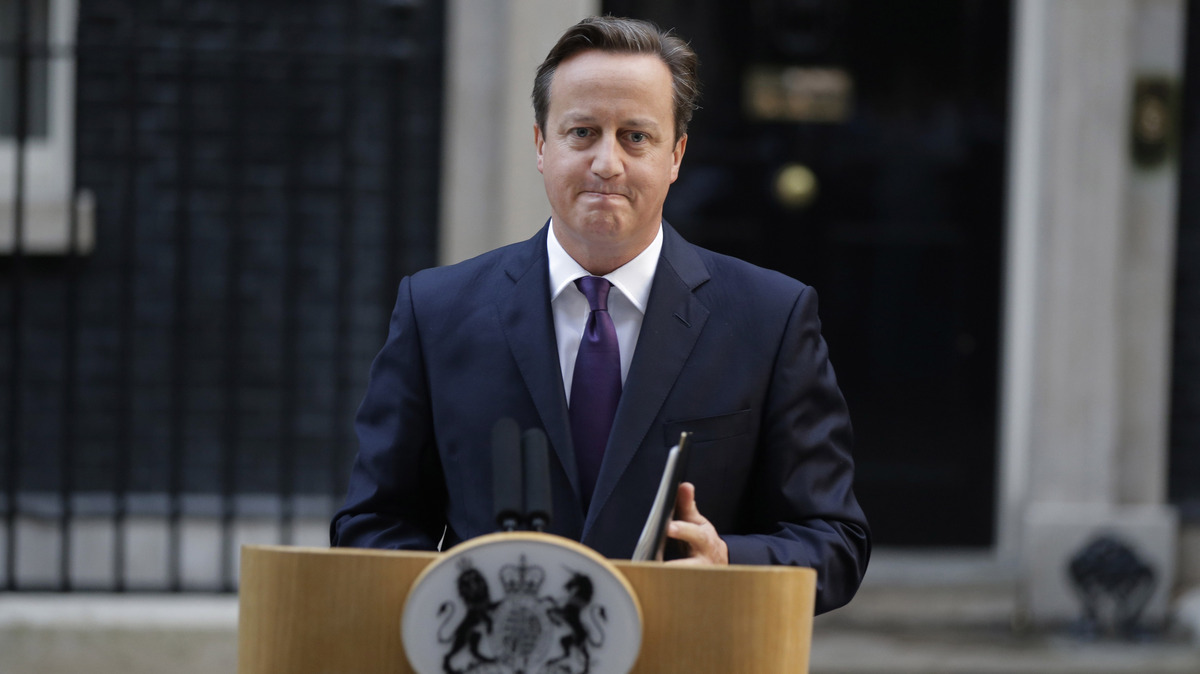 British Prime Minister David Cameron said Friday now that voters in Scotland have rejected independence, he is committed to giving more powers not only to Scotland, but also to "the people of England, Wales and Northern Ireland."

British Prime Minister David Cameron says now that voters in Scotland have rejected independence, he is committed to giving more powers not only to Scotland, but also to "everyone in England, Wales and Northern Ireland."

Cameron announced that Lord Smith of Kelvin, who ran the recently concluded Commonwealth Games in Glasgow, Scotland, will oversee the process to give Scotland more powers over taxation, spending and welfare. Draft legislation will be ready by January, he said.

"Just as the people of Scotland will have more power over their affairs, so it follows that the people of England, Wales and Northern Ireland must have a bigger say over theirs," Cameron said.

The prime minister said there were proposals in Wales to give the Welsh government and assembly more powers. In Northern Ireland, he said, devolved institutions must function more effectively. And, he added, "the millions of voices of England must also be heard."

"The question of English votes for English laws — the so-called West Lothian question — requires a decisive answer," he said.

The West Lothian question refers to the fact that Scottish members of U.K.'s Parliament can vote on English laws, but English MPs cannot vote on Scottish laws.

The BBC says Cameron's remarks are nothing short of an "extraordinary constitutional revolution."

But some of these changes are likely to be controversial. For instance, Ed Miliband, the leader of the opposition Labour Party, says that allowing only English MPs to vote on English laws will in essence create two tiers of lawmakers in Parliament. He has called for a constitutional convention to discuss the next steps. And some lawmakers want the special formula that guarantees a certain level of funding for Scotland to now be scrapped.

The Guardian has more:

"There are differences between and within the main parties over the extent to which tax-raising powers should be devolved to Holyrood [the informal term for Scotland's Parliament]. The Tories are prepared to devolve all income tax-raising powers to Edinburgh. Labour, in contrast, is prepared to allow Holyrood to increase income tax by 15p but wants to stipulate that it will not be allowed to cut it below the rate for the rest of the UK.

"The new powers for Holyrood are prompting alarm among Tory MPs on two fronts. They are concerned that Edinburgh will be given powers to set taxes while continuing to benefit from the Barnett formula, which guarantees an extra £1,200 per head per year in public spending in Scotland.

"Tory MPs will be assured that a clawback mechanism will ensure that any Scottish tax changes will be offset in the 'Scottish block grant' from the Treasury. But Labour, which has 41 of Scotland's 59 seats, will be wary of any cuts in Scotland's block grant."

And though Cameron said today that the question of Scottish independence has been settled for a "generation" — if not a lifetime — experts point out that nearly 46 percent of Scotland's population voted to leave Britain.

"Both sides played with fire here," said Michael Desch, a professor of political science at the University of Notre Dame. "Last night's 'no' dampened Scottish nationalism, but it is still smoldering."