Accessibility links
White House Announces Campaign Against Campus Sexual Assault : The Two-Way In unveiling the "It's On Us" campaign aimed at preventing attacks on college campuses, President Obama said such violence is "an affront to our basic humanity." 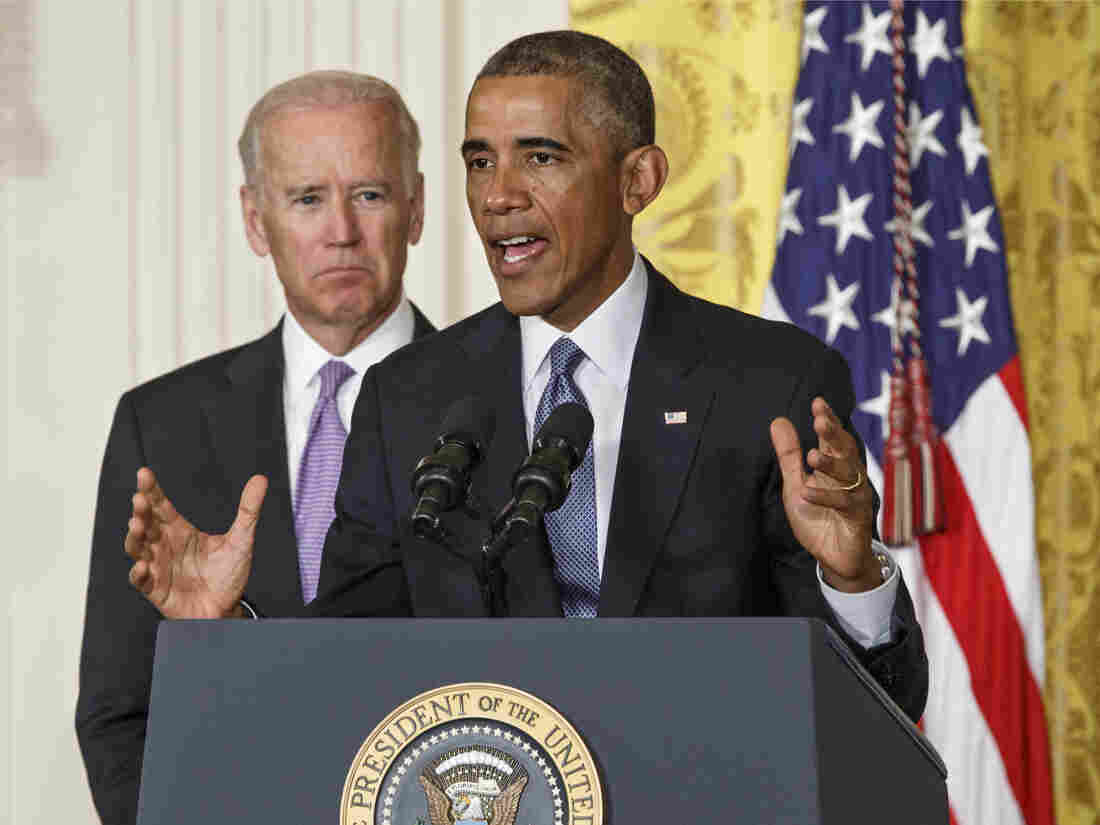 President Obama and Vice President Biden on Friday debuted the "It's On Us" campaign to help colleges and universities prevent and respond to sexual assault on campus. J. Scott Applewhite/AP hide caption 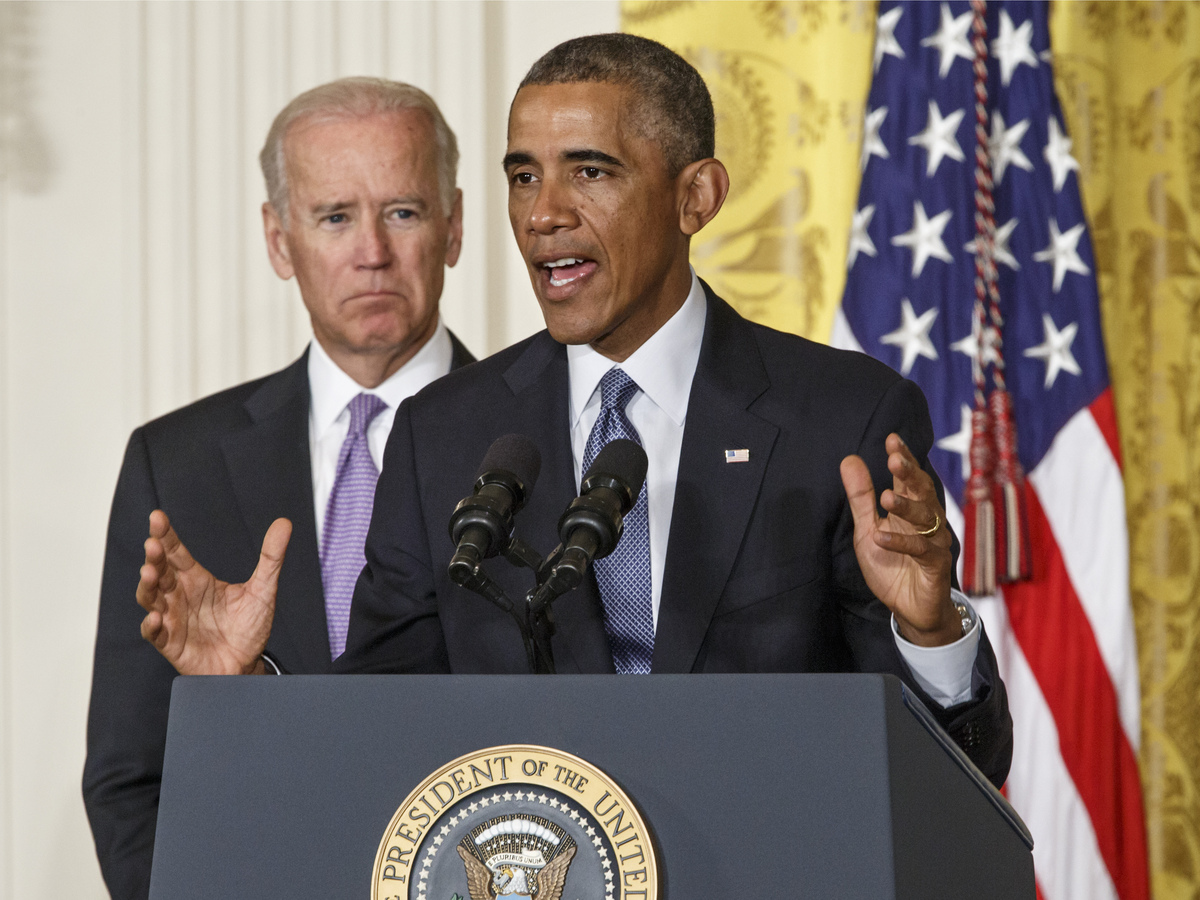 President Obama and Vice President Biden on Friday debuted the "It's On Us" campaign to help colleges and universities prevent and respond to sexual assault on campus.

The "It's On Us" campaign, which includes several new public service announcements, is backed by the NCAA and promoted by media giant Viacom. It's built on guidelines introduced by Vice President Joe Biden and Secretary of Education Arne Duncan in 2011 to help colleges and universities understand federal civil rights laws aimed at preventing and responding to campus sexual assaults, the White House says.

Following a presentation by Lilly Jay, a sexual assault survivor, Obama spoke, saying "as a father of two daughters, I am on the one hand enraged about what has happened and on the other hand am empowered to see such an incredible young woman be so strong and do so well.

"We're here to say today it's not on you; it's not your fight alone. This is on all of us to fight campus sexual assault," he said.

The White House says the campaign "aims to fundamentally shift the way we think about sexual assault, by inspiring everyone to see it as their responsibility to do something, big or small, to prevent it."

Vice President Biden, who as a senator sponsored the Violence Against Women Act, pushing it through Congress, said although the rates of domestic violence against women have fallen dramatically in the past two decades, "when I asked my staff to dig into the numbers ... we learned that one place hadn't changed much — women the ages 16 to 24, 1 out of every 10 of them was being physically assaulted."

As part of the new campaign, the NCAA has agreed to promote anti-assault messages on stadium screens at championship games, and Viacom will also promote the message on its websites and the channels MTV, VH1, BET and CMT.