Accessibility links
Pope Names A Moderate To Be Chicago's New Archbishop : The Two-Way Pope Francis has appointed Bishop Blase Cupich of Spokane, Wash., to succeed Cardinal Francis George, 77, a conservative who has spoken out on many social issues in his 17 years in the post.

Pope Names A Moderate To Be Chicago's New Archbishop

Pope Names A Moderate To Be Chicago's New Archbishop 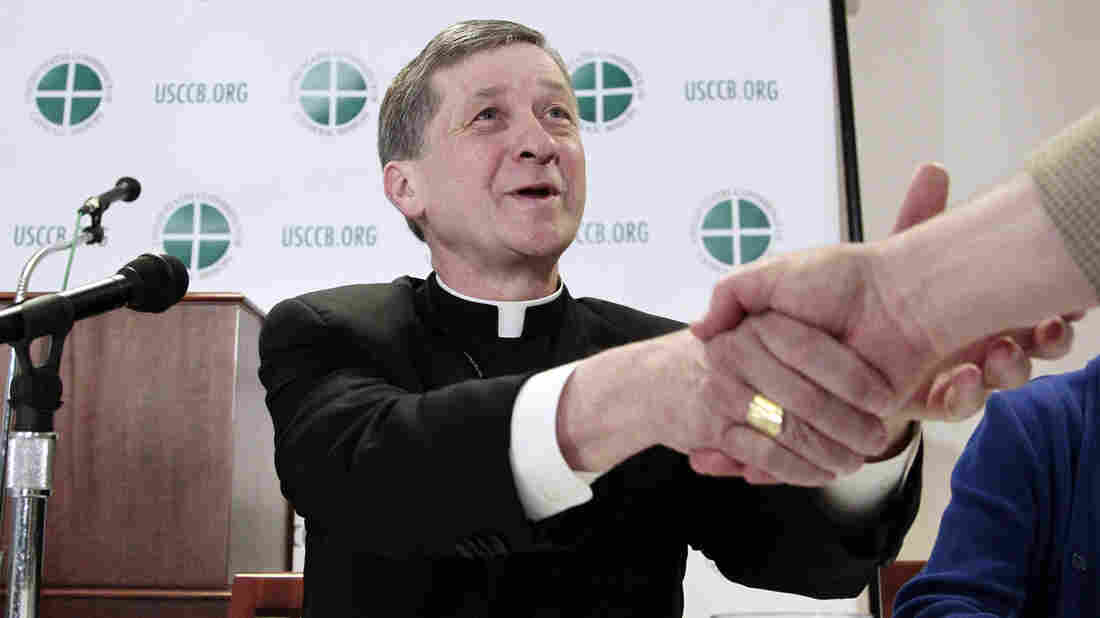 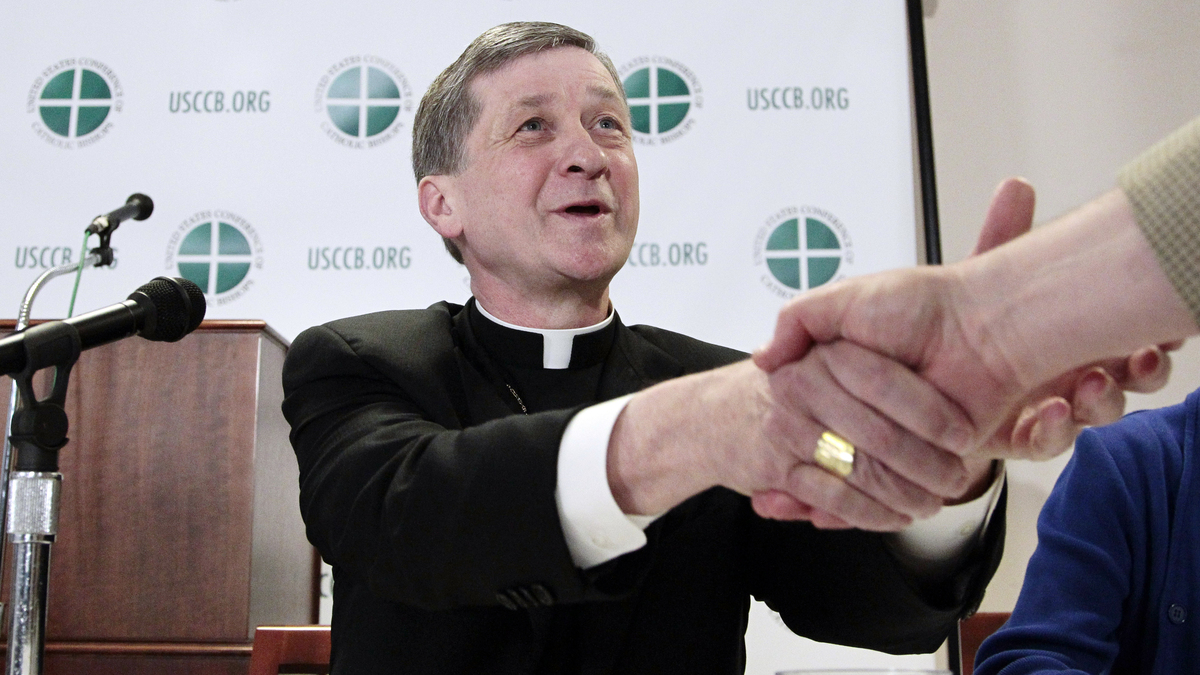 One of America's largest Catholic dioceses is getting a new leader, as Pope Francis has appointed Bishop Blase Cupich of Spokane, Wash., to be the next archbishop of Chicago. Cupich will replace Cardinal Francis George, 77, a conservative who has spoken out on many social issues in his 17 years in the post.

After being presented at a news conference at the Chicago archdiocese, Cupich thanked those present, and described how his seatmate on the flight into the city Friday had asked him if he was heading home.

He then read a lengthy statement in Spanish, and then in English, in which he described his feelings on being appointed to the post. When Cupich later bowed his head in prayer, a journalist waited a quick beat before asking the first question.

Cupich told reporters he had been surprised when a representative of the Vatican called to tell him of his appointment, about 10 days ago. When asked whether the import of his new post had sunk in yet, he answered, "It's still sinking."

To questions about his reputation as being more moderate than George, Cupich said it's normal for different leaders to have "different emphases and different approaches."

He then nodded to his predecessor, noting that when George was introduced in 1997, he was asked about his own views and how they might differ from his predecessor. Cupich said that George answered that those differences could be another reason the church is against cloning.

The choice of Cupich is taking some experts by surprise.

"Sources believe the pope bypassed the Congregation of Bishops and worked the telephones on his own, calling Catholic leaders throughout the country to get a read on who would be best for Chicago," local NBC 5 TV reports. "Cupich had appeared on many lists of favorites for the position, but most agreed Indianapolis Archbishop Joseph Tobin was the front-runner."

"Currently bishop of Spokane, Wash., 65-year-old Blase Cupich is a native of Omaha, Neb., and studied at the pontifical Gregorian University in Rome. He has favored dialogue in the often-heated confrontation between the U.S. Catholic hierarchy and the Obama administration.

"That stance puts him in line with Pope Francis' call for more compassion and mercy in hot-button issues.

"Cupich has also echoed Francis' views on the economy and the focus on combating poverty, positions that some conservative American Catholics criticize as naive and anti-capitalistic.

The new archbishop will be installed in November in the third-largest American diocese, with 2.2 million parishioners."

Following a church tradition, George submitted a letter of resignation when he turned 75, back in 2012. In recent months, the cardinal has been battling kidney cancer.

Citing Michael Budde, who chairs the Catholic Studies Department at DePaul University, The Chicago Tribune says that Cupich "adopted a zero tolerance policy for priest abuse early on and was brought to Spokane in part to deal with the scandal there that eventually prompted the diocese to file for bankruptcy."

"He may well be one of those churchmen who is progressive around the liberal side of economic and social justice issues, but on other people's scores he may look traditional or conservative," Budde tells the newspaper.

The Jesuit magazine America describes Cupich's recent past, and some of his public positions on social issues:

"Named by Pope Benedict XVI to head the Diocese of Spokane in September 2010, Cupich (pronounced "SOUP-itch") has steadily staked out positions that align him with Catholics who want the church to engage the world rather than rail against the forces of secularism.

"In March 2012, for example, in the midst of the bishops' nasty battle with the Obama administration over religious freedom and the employer mandate to provide free contraception coverage, Cupich wrote an essay in America magazine titled 'Staying Civil.'

"In that column, Cupich called for dialogue with the White House and the Department of Health and Human Services rather than constant confrontation, and said the crisis was a chance to find 'common ground.' "

The magazine also notes that while Cupich spoke out against same-sex marriage, he condemned any hostility or disrespect aimed at gays.