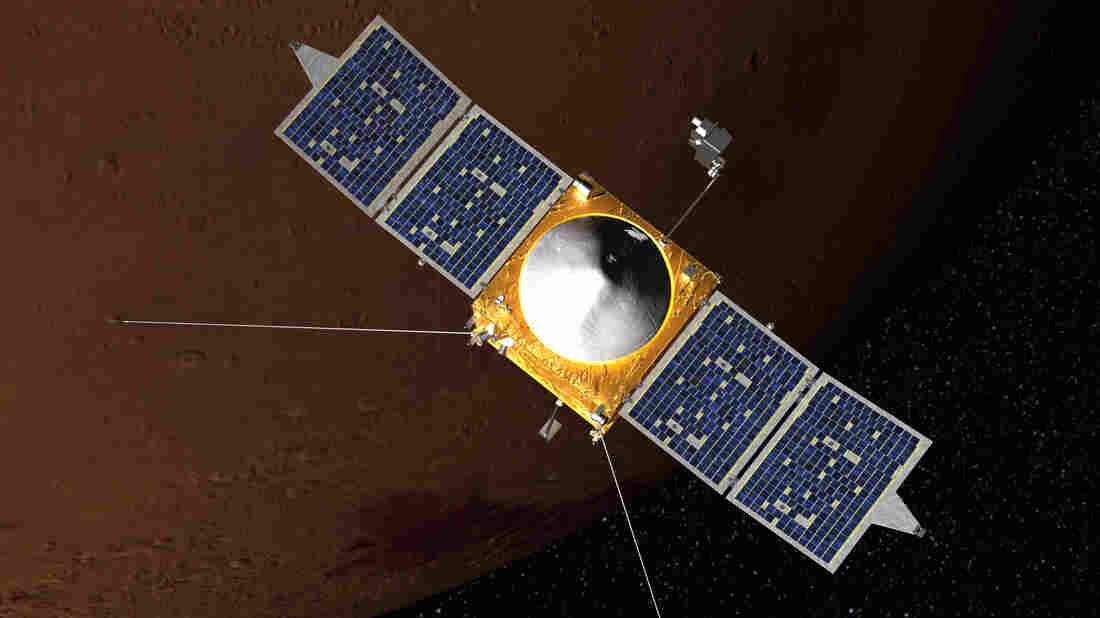 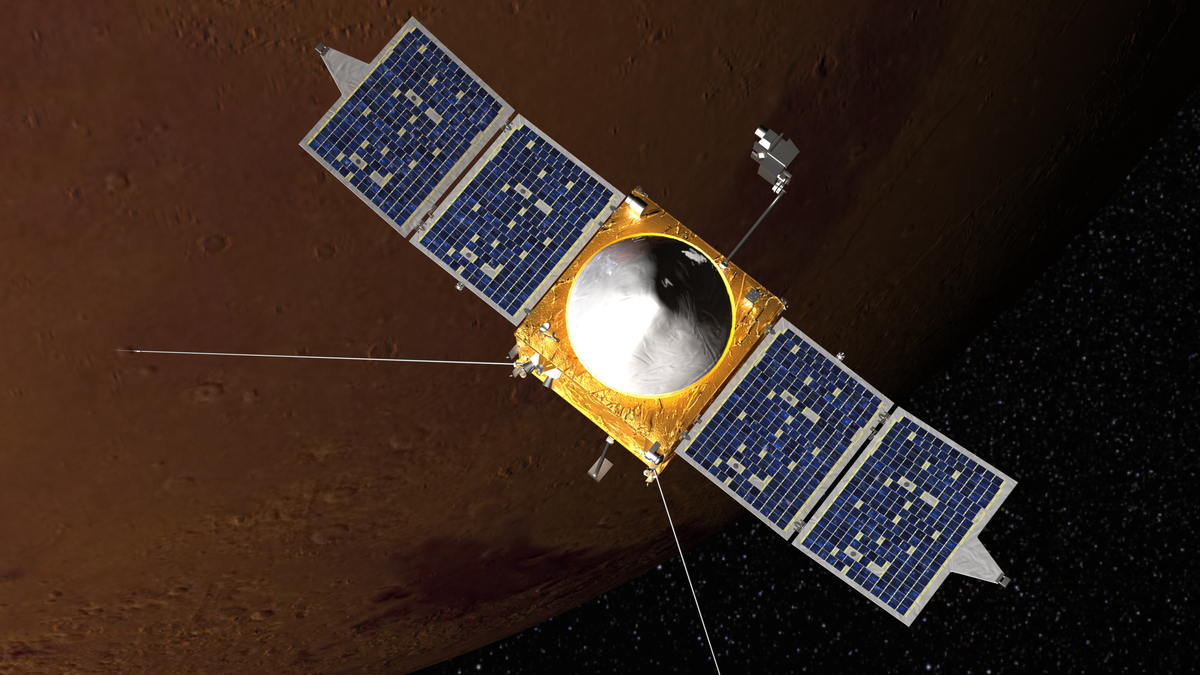 Artist concept of MAVEN spacecraft in orbit around Mars.

NASA's MAVEN spacecraft conducted a 33-minute burn of its six main engines to ease into an orbit around Mars after a nearly yearlong, 442 million-mile voyage from Earth. The probe's mission is to study the red planet's atmosphere.

"All I can say at this point is, 'We're in orbit at Mars, guys!' " MAVEN's chief investigator, Bruce Jakosky of the University of Colorado, announced early Monday.

NPR science correspondent Joe Palca explains that the $671 million Mars Atmosphere and Volatile Evolution mission is the first designed to study how the solar wind interacts with the Martian atmosphere:

"NASA launched MAVEN last November from Cape Canaveral, the 10th U.S. mission sent to orbit the red planet. Three earlier ones failed, and until the official word came of success late Sunday night, the entire team was on edge."

"The spacecraft was clocking more than 10,000 mph when it hit the brakes for the so-called orbital insertion. ... The world had to wait 12 minutes to learn the outcome, once it occurred, because of the lag in spacecraft signals given the 138 million miles between the two planets Sunday."

There are several probes from different countries in orbit and on the surface of Mars right now, ranging from the U.S. Curiosity and Opportunity rovers on the ground as well as Mars Odyssey and Mars Reconnaissance Orbiter circling the planet, to the European Space Agency's Mars Express. And later this week an Indian probe is scheduled to join the party, Joe says.

Jim Green, director for planetary science at NASA, says all these science missions are essential if astronauts are to go to Mars someday.

"It's really the planetary scientists that are blazing the trail for us to understand everything about Mars that we need to for humans to be able to land safely on Mars, and be able to explore and journey around the planet," Green says.