Accessibility links
Hong Kong Students Begin Boycott To Call For Democracy : The Two-Way The activists plan to stay out of university classrooms this week to protest Beijing's plan to screen candidates for the territory's next chief executive. 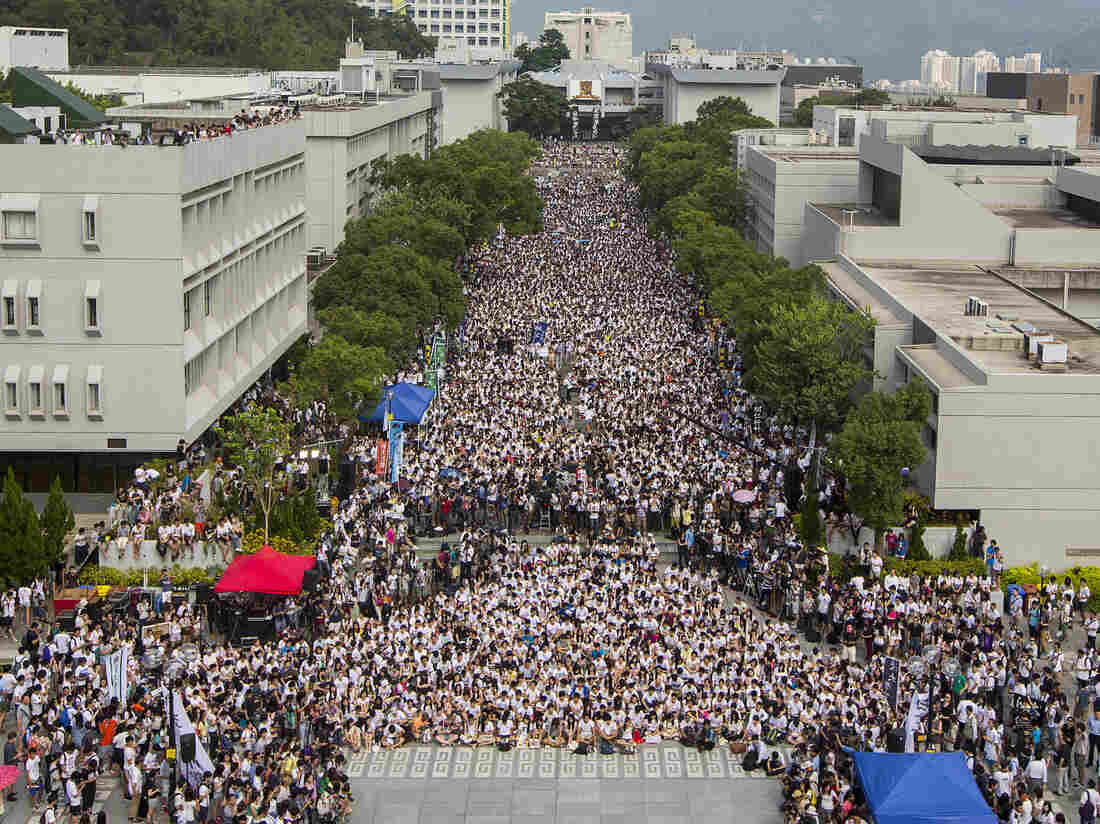 Students and teachers attend a rally during the class boycott at the Chinese University of Hong Kong on Monday. Thousands of students have braved sweltering heat to demand greater democracy for the territory. Tyrone Siu/Reuters/Landov hide caption 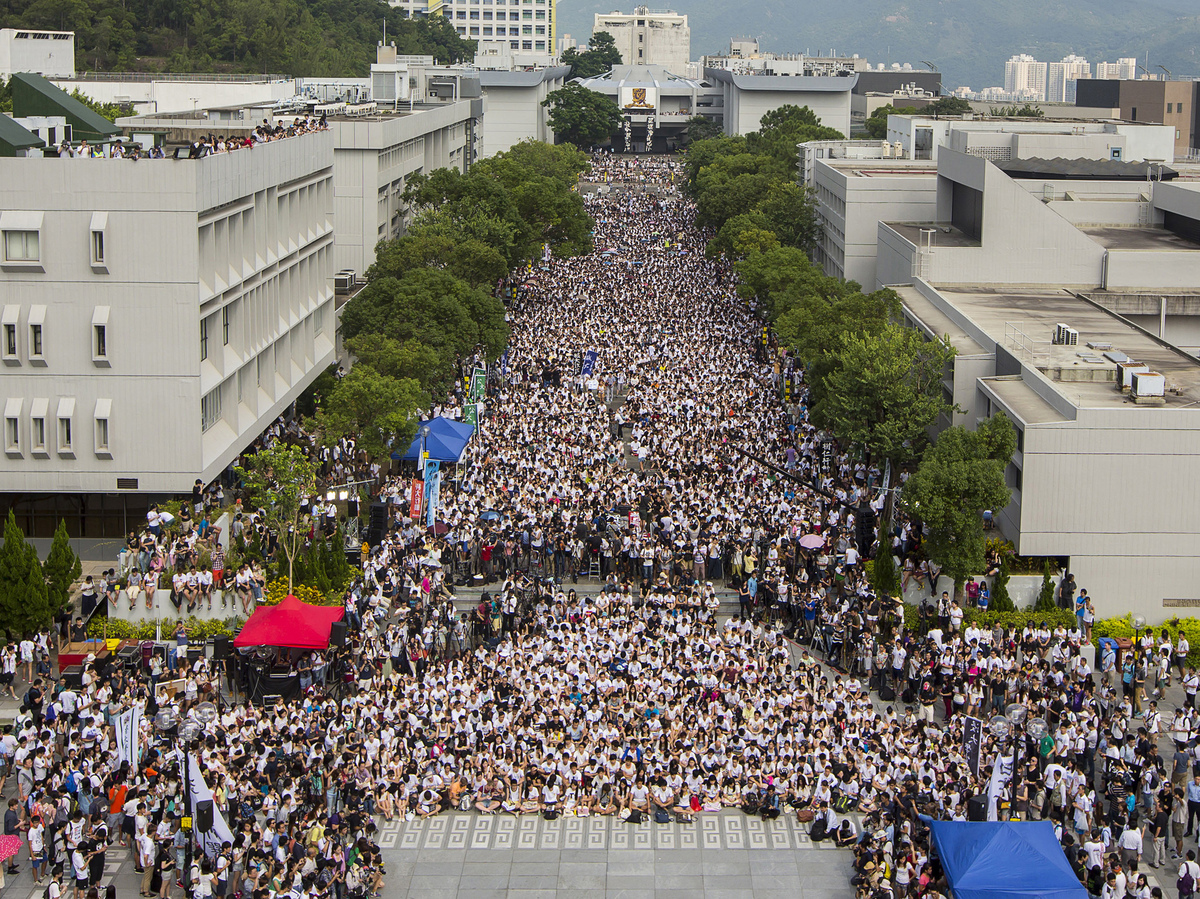 Students and teachers attend a rally during the class boycott at the Chinese University of Hong Kong on Monday. Thousands of students have braved sweltering heat to demand greater democracy for the territory.

Thousands of students in Hong Kong flooded a university campus in stifling heat today, starting a weeklong boycott of classes to protest Beijing's stance on electoral reform in the territory.

The Associated Press reports: "Dressed in white and wearing yellow ribbons, students from more than 20 universities and colleges packed into the grounds of picturesque, bay-side Chinese University where they were greeted by banners that said: 'The boycott must happen. Disobey and grasp your destiny.' "

The BBC says of the students, who were joined by some of their teachers and instructors: "Most are wearing white T-shirts with yellow ribbons — a colour adopted by pro-democracy activists."

"The boycott is being organised by groups such as the Hong Kong Federation of Students and Scholarism.

"Student activists are also organising a series of rallies and public lectures in a park near government offices later in the week."

As we reported last month, China's announcement that it would screen all nominees for Hong Kong's next chief executive has angered pro-democracy activists and spawned the Occupy Central protest movement.

Lester Shum, of the Federation of Students, was quoted in The South China Morning Post as telling the striking students who are on the cusp of a new wave of civil disobedience to stop China's "colonization" of Hong Kong.

"Resist colonial [rule], say no to screening! Self-determination for Hongkongers!" Shum led the crowd in chanting, according to the SCMP.

Organizers estimated the crowd at about 13,000, but there was no independent verification of that figure.

The former British colony that reverted to Chinese control in 1997 is a "special administrative region" of China and, as part of the handover agreement, was supposed to have a degree of autonomy over its affairs in what the Chinese leadership has described as a "one country, two systems" approach to governance.

In June, an unofficial referendum on democracy for the territory garnered votes, but was denounced as "tinged with mincing ludicrousness" by China.

On July 1, more than 100,000 people marched through the streets of Hong Kong to demand democratic reforms.